Are You Sacrificing for Success? 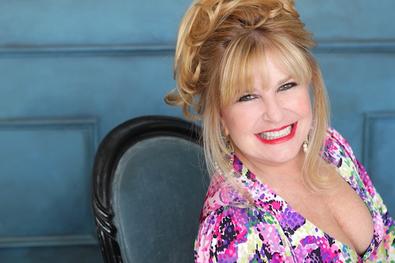 While coming back from Raleigh Studios where I had a callback for a film on a Sunday, it occurred to me how much I have sacrificed for the love of my art. On this particular callback, I sacrificed my entire weekend to study for the original audition on Saturday during the second half of Friday, and got the callback on Saturday night, which led to studying all day on Sunday until the producer callback. Most of you know that my weekdays are very long and that I cherish my weekends. So why use up a precious weekend? Well, when all is said and done, I really am like you…an actor. And, I love to work! I believe that to be both a blessing and a curse. I have been “going at” this beast for more years than I can count and I can most certainly say that I would’ve been so much further along if I had just said no to my gut feelings, made stronger choices about my life, and sacrificed more when I started.

How many of you truly sacrifice your lives when an opportunity presents itself? We all know that this is perhaps the most inconvenient career known to man. Auditions and producer callbacks often come at the most inconvenient time. How many of you rearrange your schedule to allow the time necessary to study and book a job? How much do you really want it? How many opportunities have passed you by when you didn’t do the work? Do you really think that there are endless amounts of opportunities out there? What about the auditions that you thought were a waste time and then it turned out that the producer was extremely established and could’ve possibly determined your fate or think of you for another role in their next project? Keep in mind that every industry professional that you meet is like opening a new account.

I can probably tell you two hours worth of stories about actors who have sacrificed their “off time” to do non-paying roles that actually turned into huge opportunities, and in the end, surprisingly paid out handsomely. Do you know how many conversations I’ve had with my dad who remains stymied at the fact that we actors sometimes work for free? He would always say to me, “What kind of business is that? How could you work and not get paid?” I would say, “Dad, you don’t understand how it works.”

The fact is…if you’re an actor, you need to act, and if not for anything else, because you love it. So that’s not really a sacrifice then, is it? Think of it this way: You opened up another account, you got on-the-job training, you made new connections, you’re practicing on people who are practicing on you, and you’re nice and loose for that television or feature film audition when it comes along out of the blue. Sometimes all you need is one great role that can change the course of your entire career. It is said that, “Success always comes when preparation meets opportunity.” I do believe that to be true. So, if that is true, then you’re benefiting, not sacrificing.

Amy Lyndon
Amy Lyndon is an overachiever with 85+ IMDb credits, 18 Students as series regulars since last January and a former personal manager—CEO of Gold-Levin Talent for nine years. Lyndon is known as an international celebrity booking coach for over 20 years. She created “The Lyndon Technique: A 15 Guideline Map to Booking Technique,” which has helped thousands of actors learn how to book acting jobs.
END_OF_DOCUMENT_TOKEN_TO_BE_REPLACED