5 Things To Know Before Heading to Hollywood 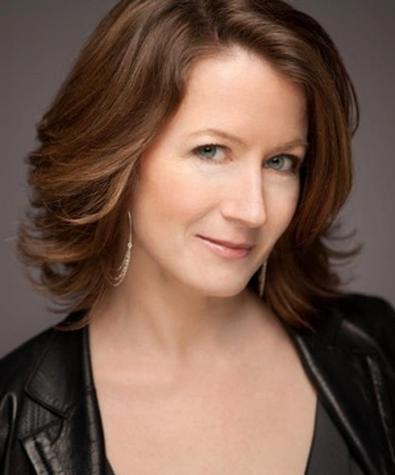 For a regional casting director, it’s tremendously fulfilling to midwife actors through their big move to Hollywood. But too often, actors take this leap haphazardly, convinced the red carpets will unfurl for their boundless talent and good looks.

Many actors I’ve watched scuttle off to L.A. over the past decade were gifted with charm, talent, and good looks. What they lacked was preparation. Bright-eyed and bushy-tailed when they pushed off the curb, most return a few years later, hardened, cynical and full of war stories.

Hollywood has no pity for the weak of heart or pocketbook. Your drive to carve out an acting career in the palm-lined “Jaws of Hell” must be so fervent that the thought of not doing it makes your skin hurt.

Convinced that you must try your hand in the City of Angels? Then for the sake of all that is good, position yourself for success with proper planning.

Behold five elemental items that belong in your arsenal, long before you pack your sunscreen:

1. Chops. I cannot emphasize this enough. The talent you’ll be competing against are hungry and masterful. Secure top-notch training and a few real credits before setting sail. No world-class schools, theaters, or productions chez toi? Consider moving to a larger market first to hone your skills. Classes at Second City and a turn at Steppenwolf in Chicago will impress more than a dozen hometown community theatre credits.

2. SAG-AFTRA Card. It’s easier to snag your SAG-AFTRA card in a busy regional hub than in L.A. Why? Producers get fined for hiring non-union actors on union gigs, unless they can prove no suitable union actors were available. That’s a tall order in a metropolis teeming with unemployed guild members, but doable in a market like Portland, where the pickings are slimmer. Get it before you go. Once you’re in L.A., no one wants to help you procure your card.

3. Connections. Reputable regional coaches, schools, talent agents, and casting directors often have connections in Hollywood and may be able to help you land representation or get a toe in at the top casting offices. A director you befriended on location might recommend you to an agent, manager, or other contact upon arrival. Got friends or family in the industry? Hit them up!

4. Money. Take lots of it. More than you think you need. By the time you touch down, your expenses will multiply: gas, food, parking…parking tickets! You’ll need new headshots right away. Those small-town ones will never fly. And you’re not moving to L.A. just to slog at a day job and spend the rest of the time in traffic, are you? Just think: if you only had to work part time your first year or so, you could spend the remaining hours taking classes, doing showcases, networking, and hustling—things that are important to do when you’re new to town, before you’ve lost your luster and become jaded.

5. A Plan: Make your move when you’ve got momentum from a few high-profile bookings, film festival accolades, or a gajillion hits on your web series. Generate buzz before you go, then know your plan when you hit the ground. Don’t think you can wing it and get discovered at the Coffee Bean and Tea Leaf. You need a plan for your housing, training, representation and day job (a field guide like Bonnie Gillespie’s Self-Management for Actors can help).

Once you’ve got all these, then you can bust out the sunscreen. (You’ll need the periodic R&R to preserve your sanity and renew your sense of possibility.) Now go get ‘em!

Lana is a member of the Casting Society of America and the International Casting Directors Network. She frequently lectures across the U.S. and abroad, most recently at The Actors Platform in London, IfiF Productions in Vienna, The Acting Studio in Berlin, Studio Bleu in Paris and Prague Film School.

Lana Veenker
Casting director Lana Veenker began her career in London and, upon returning to her Northwest roots, founded one of the top location casting companies in the country, Cast Iron Studios. Veenker is also a member of the Casting Society of America and the International Casting Directors Network
END_OF_DOCUMENT_TOKEN_TO_BE_REPLACED