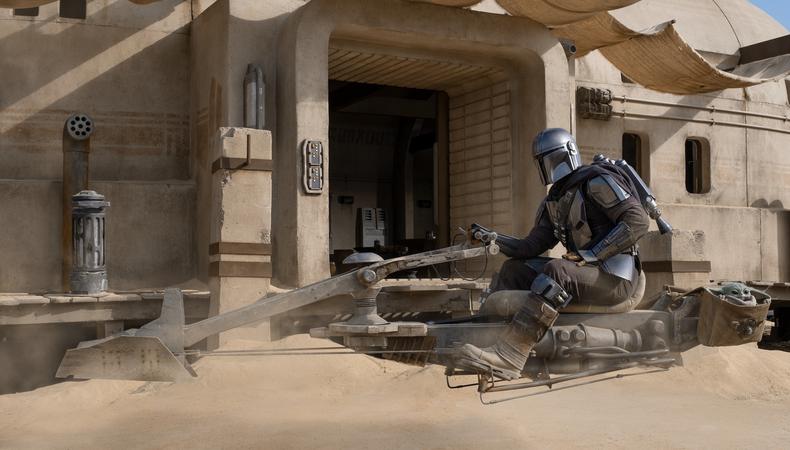 The TV industry has still been shaking off the effects of COVID-19, but this October, cable networks and streaming services alike dish out special spooky series just in time for Halloween. If you’re looking for monstrous scares, Hulu has you covered with new anthology series “Monsterland” and “Marvel’s Helstrom,” about a pair of demon hunting siblings. Netflix will be telling ghost stories with their latest, “The Haunting of Bly Manor,” based on stories by the canonical author Henry James. The long-awaited Season 10 finale of the “The Walking Dead” comes to AMC, as does its spinoff “Fear the Walking Dead,” plus a new science fiction series, “Soulmate.”

It’s also voting season, so ABC’s “Black-ish” will be celebrating with a two-part special dedicated to the upcoming election. And over on HBO Max, “The West Wing” cast will reunite for a special staged presentation of the Season 3 episode “Hartsfield’s Landing” to benefit Michelle Obama’s organization When We All Vote. Meanwhile, Disney+ will bring back Baby Yoda for Season 2 of “The Mandalorian.” Check out the full list of October 2020 TV debuts below.

ABC
On Oct. 4, “Black-ish” will air a two-part special dedicated to the 2020 presidential election. Then on the 21st, the Golden Globe-winning series will appear alongside fellow ABC comedy heavyweights “The Conners” and “The Goldbergs,” who launch their seasons with two new episodes. On the 28th, another one of ABC’s beloved sitcoms, “American Housewife,” makes its Season 5 debut. 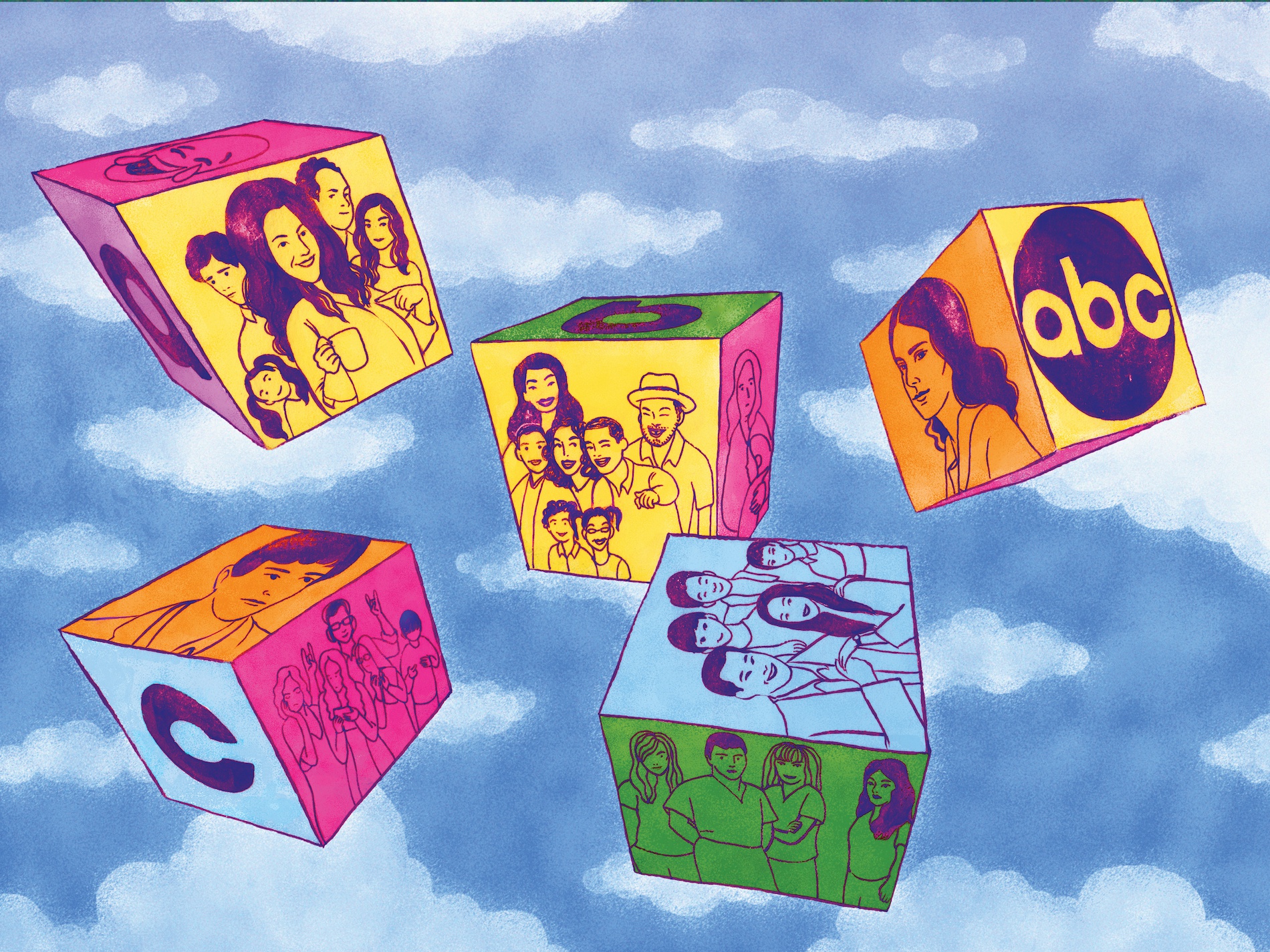 AMC
Long-running post-apocalyptic drama “The Walking Dead” will air its postponed season finale on the 4th, with Season 11 arriving sometime in 2021. “Soulmates” starts its first season on the 5th, a sci-fi anthology series from Will Bridges (writer of “Black Mirror” and “Stranger Things”) and Brett Goldstein. The revolving cast features Shamier Anderson, Malin Akerman, Betsy Brandt, Kingsley Ben-Adir, David Costabile, Charlie Heaton, and Sarah Snook living in a world where a new technology allows every person to find their soulmate. On the 11th, the “Walking Dead” spinoff “Fear the Walking Dead” will enter its sixth season.

AMC+
The streaming arm of AMC offers up two new drama series this month, both airing on the 1st: “Gangs of London,” whose first season already aired over in the UK, and another British import, “The Salisbury Poisonings,” inspired by an occurrence in Salisbury, England—the 2018 Novichok poisoning crisis.

CBS
On the 5th, Gloria Calderón Kellett and Mike Royce’s sitcom “One Day at a Time” will join the broadcast network, debuting its fourth season. The series was canceled by Netflix and subsequently saved after a fierce campaign by fans, airing on the Pop network, which is owned by CBS.

Cinemax
Cinemax will launch Season 2 of action drama “Warrior.” The series is based on a concept by legendary Bruce Lee and airs on the 2nd.

The CW
It’s a big month for The CW. Sci-fi drama “Pandora” kicks off its second season on the 4th. On the 6th, “Swamp Thing” will make its network TV debut; the series aired back in 2019 on the streaming channel DC Universe and has technically been canceled, but The CW hasn’t ruled out bringing it back if audiences are interested. On the 7th, a new series starring Patrick Dempsey and Alessandro Borghi, “Devils,” premieres; the finance thriller comes from Sky Italia, and has already aired overseas. On Oct. 8, Season 3 of “Outpost” debuts. That same night, the first of the final seven episodes of long-running “Supernatural” will launch. The series was supposed to end Season 15 back in May, but filming was delayed due to the pandemic. On the 13th, Kevin Williamson’s “Tell Me a Story” will air its second, final season, which has already appeared on CBS All Access.

Disney+
Based on the 1979 Tom Wolfe novel about the beginning of the U.S. space program, drama “The Right Stuff” will join Disney+ on the 9th. The cast features Patrick J. Adams, Jake McDorman, Patrick Fischler, Colin O’Donoghue, James Lafferty, Aaron Staton, and Michael Trotter, with the first episode centered around the Mercury program. “The Right Stuff” was adapted back in 1983 into an Oscar-winning film. At the end of the month, Oct. 30, comes the eagerly awaited return for Emmy Award winner “The Mandalorian,” the series that gave the world Baby Yoda; joining Pedro Pascal in the titular role will be a bunch of cast newcomers including Katee Sackhoff, Timothy Olyphant, Rosario Dawson, and Michael Biehn.

Epix
Moving over from Amazon Prime Video for Season 2, the historical fantasy series “Britannia” will join Epix on the 4th.

FOX
Come Oct. 6, “NEXT” makes its debut. The new sci-fi thriller stars John Slattery of “Mad Men” fame as the creator of an artificial intelligence that poses a threat to civilization alongside Fernanda Andrade, Michael Mosley, and Eve Harlow.

HBO Max
The cast members of beloved political drama “The West Wing” will reunite for a special staged presentation of the original Season 3 episode “Hartsfield’s Landing” for “A West Wing Special to Benefit When We All Vote” Oct. 15. Martin Sheen, Rob Lowe, Dulé Hill, Allison Janney, Janel Moloney, Richard Schiff, and Bradley Whitford will reunite for the televised special, which will also feature Michelle Obama, Bill Clinton, Lin-Manuel Miranda, and The Avett Brothers.

NBC
NBC adds a COVID-19-era comedy to its schedule on the 8th called “Connecting,” which will replace “Brooklyn Nine-Nine” in the fall lineup. And America Ferrera and her castmates will return for Season 6 of “Superstore” on the 29th.

Peacock
On the first of the month, UK import comedy series “Code 404” will be added to the streaming arm of NBC, starring Daniel Mays, Stephen Graham, and Anna Maxwell Martin.

Netflix
This spooky month starts off with a new season of “The Worst Witch” Oct. 1. That same day, the latest series from Darren Star of “Sex and the City” Fame, “Emily In Paris,” will join the streaming service starring Lily Collins in the titular role. On the 9th, Netflix keeps up its Halloween theme with “The Haunting of Bly Manor,” turning its “Haunting of Hill House” into an anthology-style series, this time based on stories by the famed author Henry James. The series will also feature returning cast members in the same style as “American Horror Story,” including Oliver Jackson-Cohen and Victoria Pedretti, but will add Mike Colter, Danielle Brooks, Oscar Nunez, Peter Scanavino, and Asante Blackk to this season.

Adapted from the Katie Cappiello play about Brooklyn high school students, “Grand Army” will drop on the 16th. That same day, Spanish language miniseries “Someone Has to Die” premieres, created by Manolo Caro of the series “The House of Flowers.” Netflix finishes up the month with “The Queen’s Gambit” on the 23rd. A series adapted from the Walter Tevis novel, it stars Anya Taylor-Joy as a young chess prodigy. 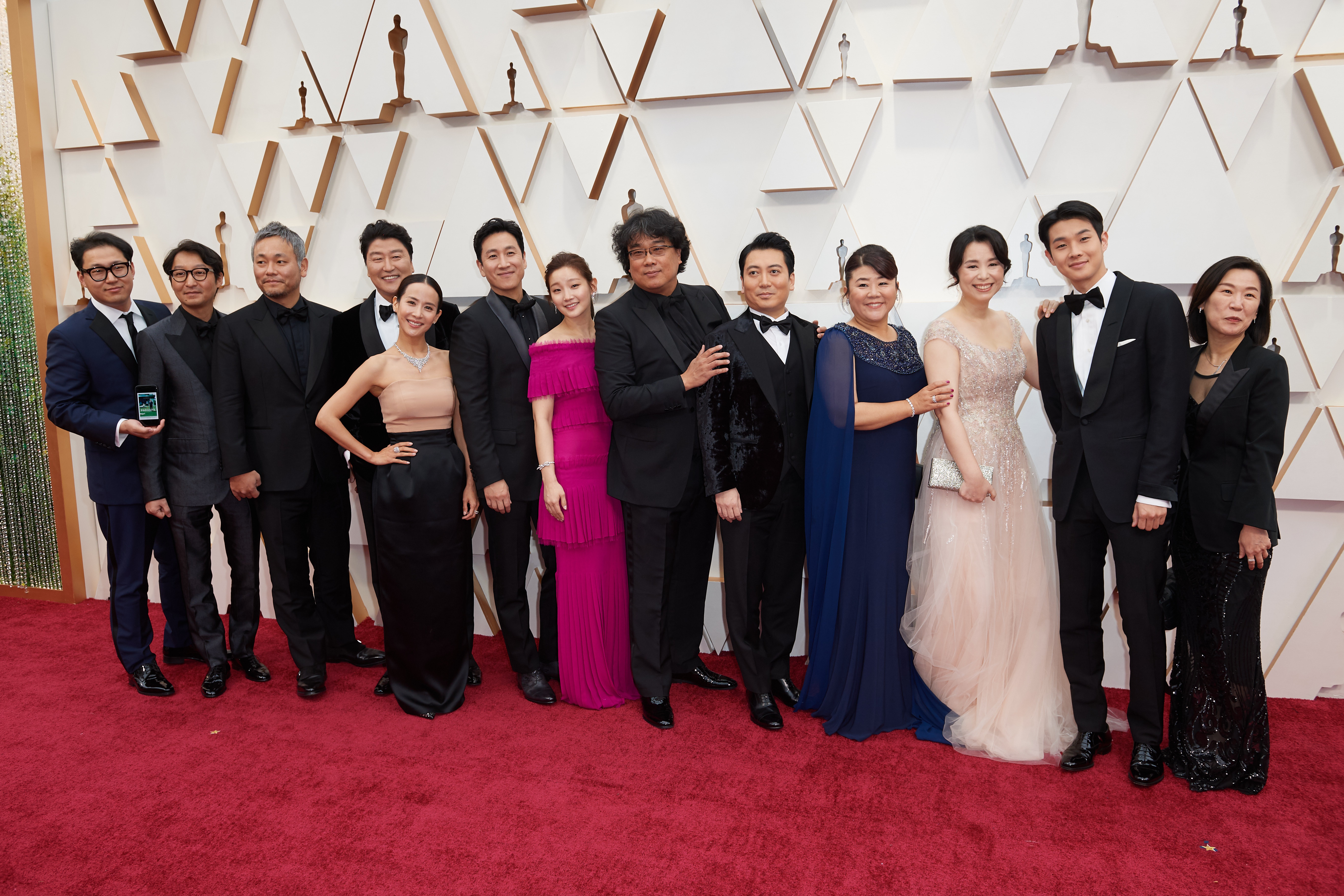 Spectrum
“Temple,” a UK adaptation of the original Norwegian series “Valkyrien,” will make its stateside debut on the 25th. Mark Strong takes on the lead role as Dr. Daniel Milton.

Starz
On the 11th, the second half of the 16-part limited historical series “The Spanish Princess” will air. The miniseries was the third in a sequence, following “The White Queen” and “The White Princess,” all based on the novels by Philippa Gregory. The third installment follows the journey of Catherine Aragon, played by Charlotte Hope, and King Henry VIII, played by Ruairi O’Connor.

Sundance Now
On the 15th, BAFTA Award-winning David Tennant’s latest will begin airing the first of three episodes. “Des” is based on the true story of notorious British serial killer Dennis Nilsen, brought to life by Tennant.