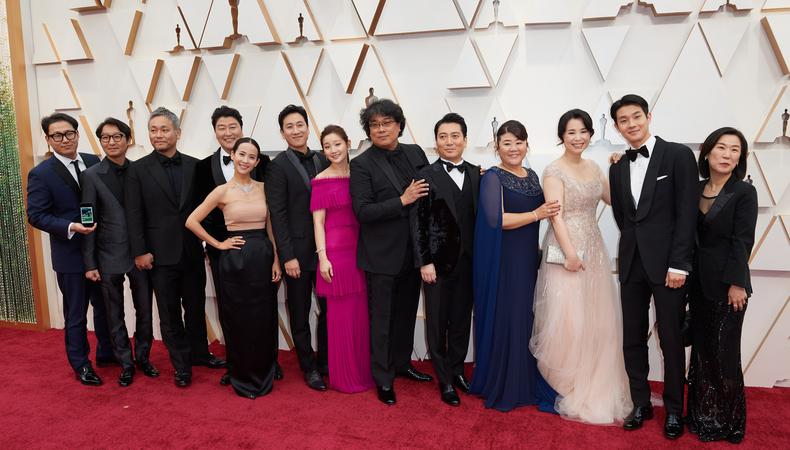 Although it practically goes without saying, and Backstage has reiterated the point plenty, the ongoing COVID-19 pandemic’s upheaval of industries and events around the world will majorly affect Hollywood’s film awards season. In another, perhaps parallel reality, free of a life-threatening virus, the 2020 film festivals at Venice and Toronto would kick off campaigns for the Academy Awards and the many industry honors and ceremonies preceding them, and stars would be strutting on red carpets and at premieres as God and Regina King intended.

Since wishing for such a reality doesn’t get us anywhere, we at Backstage are rolling with the punches, adapting to the circumstances just like those awards-giving organizations have had to do. As the recent Emmy Awards demonstrated, there are of course still worthy screen projects and talent to reward, plus innovative new ways to celebrate them that ensure participants’ safety. The film industry is adjusting plans as necessary while continuing to carry out Hollywood’s favorite rituals, reminding us all that resilience and creativity are integral values in the biz.

For resources related to COVID-19, check out our comprehensive list of coronavirus resources for actors and creators.

In contrast to last year’s abbreviated film awards voting windows, the 2021 Oscars have been pushed back drastically, to April 25, stretching most awards’ eligibility and voting windows throughout the winter. Backstage has rounded up the most important awards season dates for your calendar; the list below will continue to be updated as more announcements are made.

Through it all, we will be here to guide industry insiders through what is surely the strangest awards season in history. Stay tuned for coverage of the projects and performances in contention for Golden Globes, Oscars, various guilds’ awards, and more (the Film Independent Spirit Awards are now also honoring TV!). And practice social distancing, isolation, and good hygiene to limit the virus’ spread so that 2022’s film awards schedule will be back to normal!

UPDATE: The 2020 Tony Award nominations, originally scheduled for April 28 and postponed, were unveiled Oct. 15. Details on the 74th annual Tonys ceremony, honoring the best of a 2019–20 Broadway season cut short in mid-March, are forthcoming.

This calendar has been updated as of Jan. 21, 2021. Please check back for updates.

Jack Smart
Jack Smart is the awards editor at Backstage, where he covers all things Emmy, SAG, Oscar, and Tony Awards. He also produces and hosts Backstage’s awards podcast “In the Envelope” and has interviewed some of the biggest stars of stage and screen.
END_OF_DOCUMENT_TOKEN_TO_BE_REPLACED