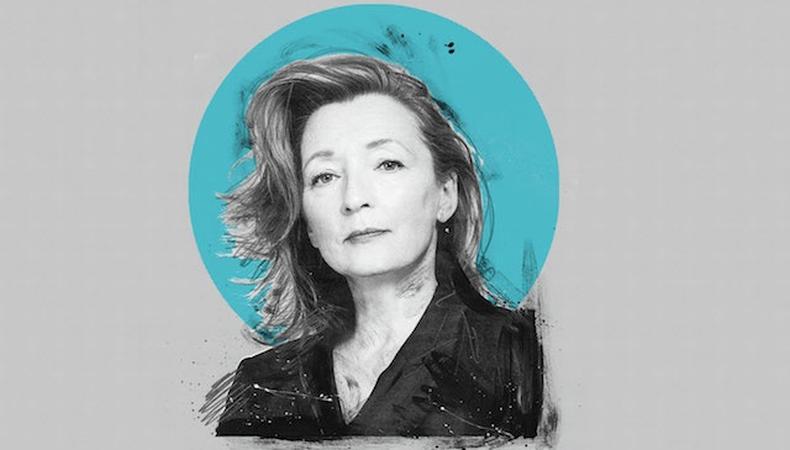 Is it true Paul Thomas Anderson offered you the role of Cyril?
It’s strange, because if I’d have gone through a scenario in my head where I was doing quite possibly any American film, let alone one directed by Paul—because I’m less known there than I am [in the U.K.]—I certainly would have created a scenario where I was doing multiple self-tapes, auditioning 12 times, meeting him eight times, and hopefully getting the part after eight months. [Laughs] But nothing could have prepared me for how simple it was.... I think it was one of those things where he probably thought that I presumed that the part was mine, but I’m British. I don’t presume, and I’m too polite to ask.

What was working with Daniel Day-Lewis like?
It was lovely working with Daniel. We both grew up under the same umbrella, if you like, in London, but we’d never met and we didn’t know each other. We quietly, over a few months, just bonded so that we could establish this sibling relationship between Reynolds and Cyril. She knows him better than anyone.

How did you tap into Cyril?
I mean, it’s very hard to say how characters emerge because you can’t be prescriptive. You can’t write yourself a shopping list of what the character is and then turn a dial and press a button and out she pops. It emerges organically with time and consideration and conversations and doing things that work or doing things that don’t work. The nice thing about this film was we had what certainly felt to me like the luxury of time.

How do you typically prepare for an audition?
I don’t mean to sound grand, but it’s a very long time since I’ve had to do that because obviously I’m older and I’ve been acting for over 40 years. I no longer, thankfully, have to impress casting directors. But I have an ethos about work, and I suppose that can transfer to whether you’re auditioning, whether you’re in a rehearsal room, whether you’re on set. My ethos is that you do all the preparation that you possibly can; you turn up knowing your lines, being prepared, having done the research that you need to do, and you turn up on time. You don’t suddenly think that because you’re making a film that you’re important and that you can [become] this precocious actor. Nobody appreciates that, and people who behave like that ultimately will get found out. So be a proper person. Treat everybody equally.

That’s something that Paul Thomas Anderson does. Everyone on the set is treated equally. He’ll talk to the supporting artists to the runners to the costume assistants—he’ll talk to them with the same respect and friendliness that he talks to me and Daniel. But that’s something that you either are or you’re not: You’re either a good human being or you’re not a good human being. But it’s not a bad thing to think about, because people being demanding and [saying], “I can’t do this until I’ve had this certain type of fruit juice in my trailer,” or whatever—I’ve got absolutely no time for that! No time for it whatsoever. Can you just take a raincheck here and think about what’s happening in Syria? Or think about all the people who are homeless? Stop it. Just stop behaving like this. It’s ridiculous. We’re working, we’ve got good jobs, we’re doing something we love, we are creative people, and that’s one of the best, most privileged jobs to have. What you don’t do is come to the set and behave like an ass!

Is that behavior tolerated differently in London versus the United States?
Unlike in Los Angeles, in London and New York, there’s a huge theater ethos, and you can’t behave like that in the theater because nobody would put up with it for a minute. So I think actors instinctively can be a lot more humble here.... Don’t ever think that you’re above anything or too good for anything. It’s tedious.

In what ways has your roots in the theater informed your on-screen career?
The thing is, when we’re young and starting out, and even when we’re not so young and we’re not starting out, nobody can say, “OK, I’m only going to do theater. OK, I’m only going to do films. OK, I’m only going to do TV.” You can only get offered what you’re offered, and you make the choice as to whether to do that job or not. That’s the only control you have. But it’s true to say I did do a lot of theater in my 20s and 30s. I mean, I still do, but I did masses of it then. And it’s proved to be just the greatest backbone to my career ever, because when I was in my 20s doing formidable plays at the Royal Court Theatre in London, which is the great theatrical home of new writing, I was doing new plays by Caryl Churchill, I was doing plays by Edward Bond. You deal with all this great writing, all this great work. And then alongside that, I was doing work with the Royal Shakespeare Company with the National Theatre, so I’ve done a lot of the classics, as well. And then injected into that was my work with Mike Leigh, which was happening over an extended period of time since I was in my mid-20s up until recently.

I had these great, great influences all my life. I had great theater directors, I had probably the best British film director that we have in England, I was working with him on a regular basis. So, you know, things were very good. But theater is important to me, and I do hate it if I go too long without doing it. It’s the only space where I can, I suppose, have control. Apart from the rehearsals, it’s the only space where nobody’s going to say, “Cut!” We cannot edit a performance to make it look better—all of those things. It’s very pleasing to do something from start to finish in an evening, as opposed to something that’s equally joyous but different. [Film] becomes something that you’re part of, but that is to a degree out of your hands. And I love being on stage because it’s not out of my hands. In fact, it’s the reverse.

Theater has you sitting in the director’s chair a little bit—you’re propelling everything forward.
I mean, you’ve worked with the director, whoever it is. You’ve created this piece; you’ve collaborated, you’ve made the piece that you all want it to be. But then the director walks away and has to hand it over, as does the writer, if they’re alive still. (I do a lot of plays by writers who are no longer living.) I’m about to do “Long Day’s Journey Into Night,” which I did last year in Bristol with Jeremy Irons. We’re doing it in the West End at the end of January and then we’re bringing it to BAM in New York and to the Wallis Annenberg in L.A. for a month in each place. But that’s an extraordinary piece of writing and the rehearsals were amazing, and Richard Eyre is one of Britain’s greatest theater directors and film directors. But, you know, he hands it over and we have to do it every night. I enjoy that. I like that control, in a way.

Ready for the U.K.? Check out Backstage’s London audition listings!

Benjamin Lindsay
Benjamin Lindsay is a senior editor at Backstage, where if you’re reading it in our weekly magazine, he’s written or edited it first. He’s also producer and host of our inaugural on-camera interview series, Backstage Live, taking informative deep-dives with actors across mediums to discuss their craft, their work, and their advice for others getting started in the field.
END_OF_DOCUMENT_TOKEN_TO_BE_REPLACED