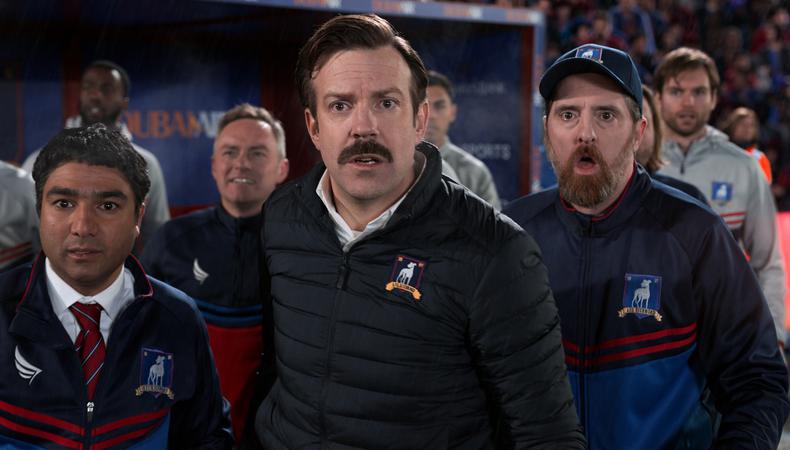 Another awards season in the golden age of television came to a grand conclusion Sept. 19 with the presentation of the 73rd annual Primetime Emmy Awards. The ceremony at L.A. Live’s Event Deck, hosted by Cedric the Entertainer and airing on both CBS and Paramount+, included around 500 in-person attendees, implementing the same strict COVID-19 safety measures in place on Hollywood sets. Top honors went to freshman comedies “Ted Lasso” from AppleTV+ and “Hacks” from HBO Max, HBO’s limited series “Mare of Easttown” and “I May Destroy You,” and two Netflix hits, the British royal drama “The Crown” and coming-of-age chess tale “The Queen’s Gambit.”

Among the triumphant wins and comedy sketches, tributes were paid to those the TV community has lost. Presenter Kerry Washington led a moment of silence for Michael K. Williams, calling the “Lovecraft Country” nominee “a brilliantly talented actor and generous human being who has left us too soon”; Lorne Michaels, accepting the variety sketch series award for NBC’s “Saturday Night Live,” included former cast member Norm Macdonald in his thanks; Olivia Colman, winning the leading actress prize for playing Queen Elizabeth II on “The Crown,” mentioned her father who passed away from COVID-19; and Jean Smart honored her late husband Richard Gilliland while accepting her fourth Emmy, for leading comedy actress for “Hacks.”

“Ted Lasso,” which this year broke the record for most Emmy nods for a new scripted comedy, delivered streamer AppleTV+ its first major wins: Jason Sudeikis, Hannah Waddingham, and Brett Goldstein each won acting prizes, and the hit show came out on top for outstanding comedy series. In addition to Smart, “Hacks” claimed victories for director Lucia Aniello and for writers Paul W. Downs, Aniello, and Jen Statsky, the series’ co-creators. 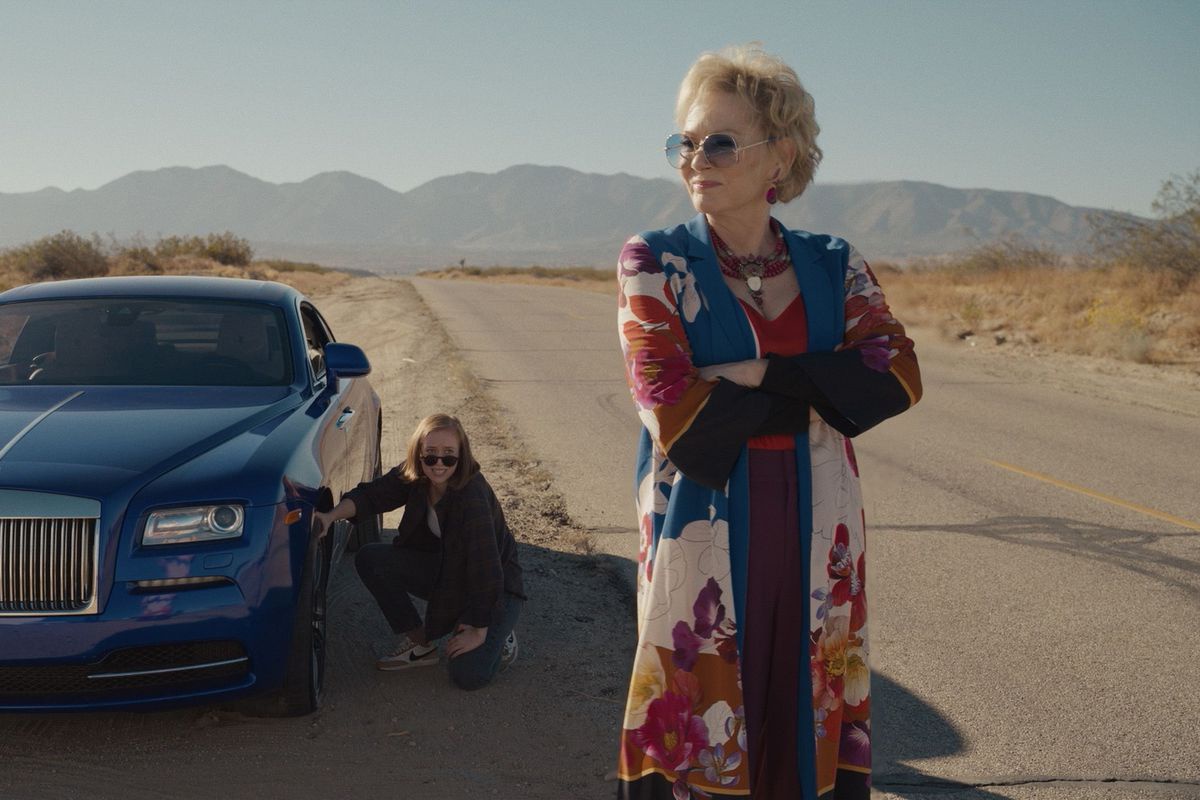 In the drama races, “The Crown” Season 4 swept the competition all the way to outstanding drama series: supporting actors Gillian Anderson and Tobias Menzies plus leading actor Josh O’Connor earned gold for their respective portrayals of Margaret Thatcher, Prince Philip, and Prince Charles, while series creator Peter Morgan won for writing and Jessica Hobbs won for directing. This marks the first time in Emmys history that women have won both comedy and drama directing prizes.

The limited or anthology series Emmy results split the spoils between a particularly competitive crop of contenders. Earning acting accolades were “Mare of Easttown” producer-star Kate Winslet and supporters Julianne Nicholson and Evan Peters, while Ewan McGregor won his first Emmy, for playing the titular role on Netflix’s “Halston.” Scott Frank, writer-director of “The Queen’s Gambit,” won for directing, and “I May Destroy You” creator Michaela Coel took home the writing award. In the end, “The Queen’s Gambit” triumphed for outstanding series.

Coel, also nominated for leading and directing “I May Destroy You,” dedicated her Emmy to “every single survivor of sexual assault” and turned her speech into a message of inspiration for writers: “Write the tale that scares you, that makes you feel uncertain, that isn’t comfortable. I dare you.... Do not be afraid to disappear, from it, from us, for awhile. And see what comes to you in the silence.”

Performing, directing, and producing legend Debbie Allen accepted the 2021 Governors Award, saying in her speech, “It’s taken a lot of courage to be the only woman in the room most of the time, a lot of courage and creativity and fight and faith to believe that I could keep going.... Let this moment resonate with women across this country and across the world, from Texas to Afghanistan.” Allen was also among this year’s winners, for her choreography of “Dolly Parton’s Christmas on the Square,” which she directed and which won the prize for outstanding TV movie.

She ended her speech by proclaiming to young people, “It’s time for you to claim your power. Play your voice, sing your song, tell your stories. It will make us a better place. Your turn!”

Counting results at the 2021 Creative Arts Emmys, presented the weekend before the Primetime ceremony, the winningest programs of the night were “The Queen’s Gambit” and “The Crown,” both netting 11. That made Netflix the clear leader among TV distributors, totaling 44 statues. For a full list of the 2021 Emmy Award winners and more, visit Emmys.com.

Jack Smart
Jack Smart is the awards editor at Backstage, where he covers all things Emmy, SAG, Oscar, and Tony Awards. He also produces and hosts Backstage’s awards podcast “In the Envelope” and has interviewed some of the biggest stars of stage and screen.
END_OF_DOCUMENT_TOKEN_TO_BE_REPLACED