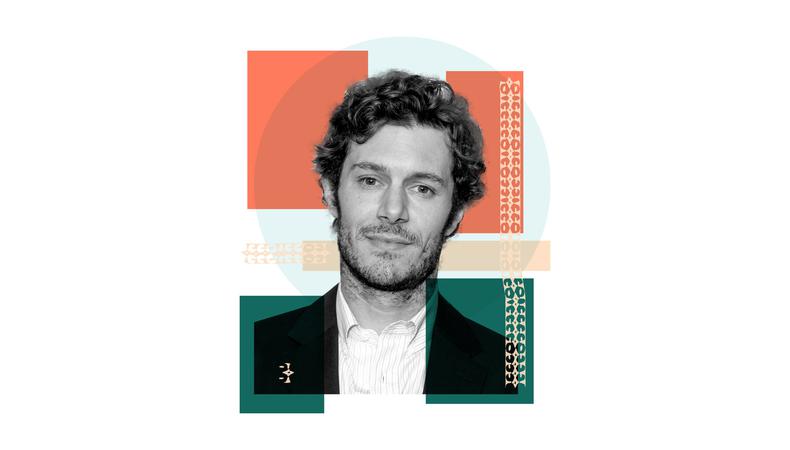 Despite the title of his latest feature “The Kid Detective,” now available on PVOD, Adam Brody is all grown up. A millennial emblem thanks to his time on the cult teen classic “The OC,” the actor has worked steadily since, becoming a staple of both the prestige TV circuit, such as on last year’s “Mrs. America,” as well as indie film, including the cultural sensation “Promising Young Woman.” Here’s how a couple decades in the business has taught him to differentiate between working too hard—and just putting in the work.

“Just going with the flow a little more and not being so precious wouldn’t be the worst thing in the world.”

What about “The Kid Detective” made you want to sign on?
Just the power of Evan [Morgan’s] writing, first and foremost. He’s a very unique, one-of-a-kind voice, and it’s hard to find a voice who wants to work with you, especially someone so sharp and funny and thoughtful and deep and melancholic, who also has a flair for good old-fashioned entertainment value. It was all the things we grew up on loving; all the fun things movies can provide. The role is great, and it fit like a glove—I mean it literally was written for me. I’m not the most obvious detective, but this one is a perfect fit. And what a fantastic opportunity to play a classic Hollywood archetype, the sad-sack hero, in something that is custom-made for me. But that said, the role wouldn’t have mattered if the writing wasn’t so sharp. 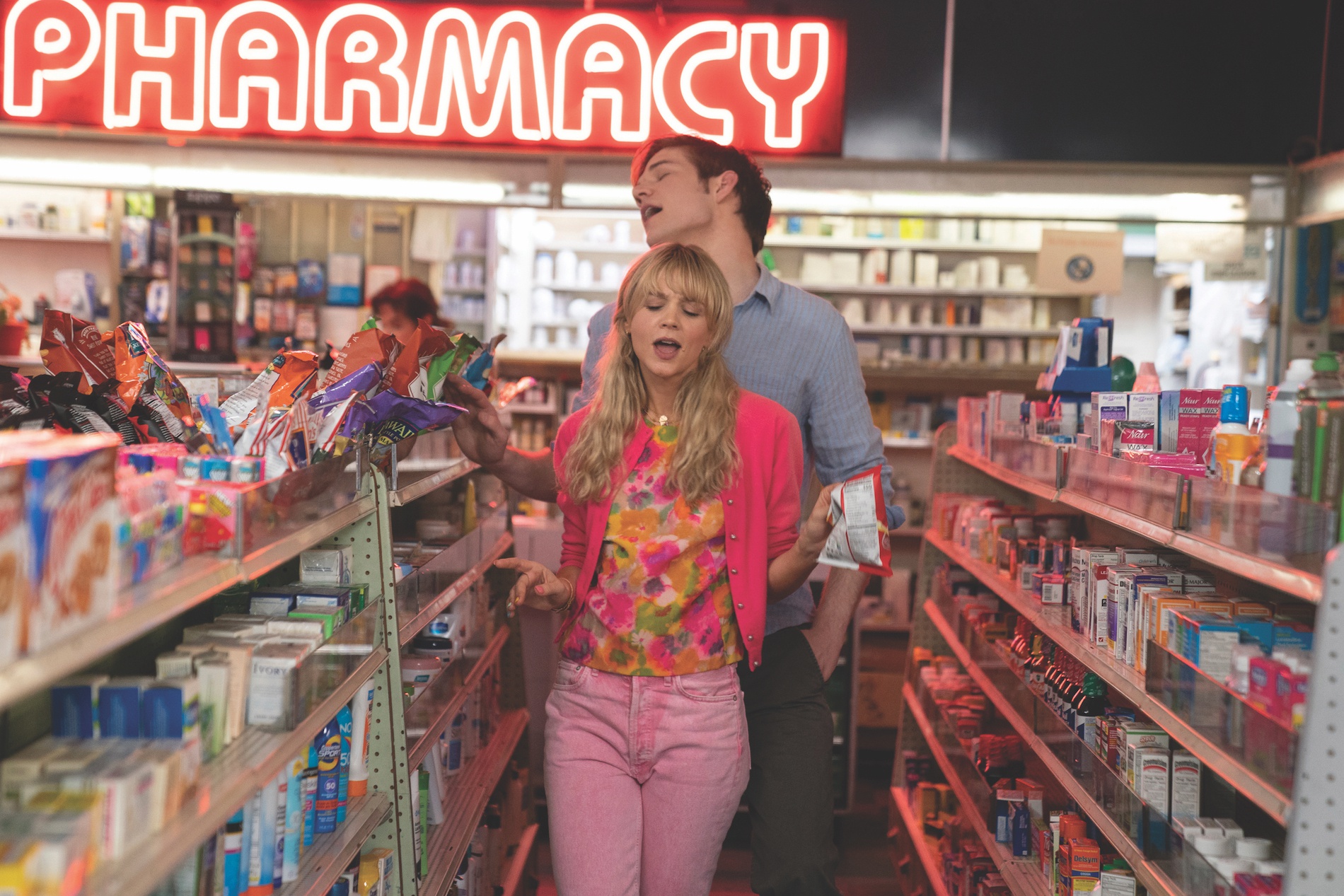 Did you do anything specific to prepare to play Abe?
Some of it is that Evan’s language is particular, it’s a little heightened, a little stylized. The rhythm was very specific, and he was always kind of driving slower and lower. And we clashed a little over it, quite honestly. But, I think what came out of that is the sweet spot for the tone and the pace. He always had a real eye for the third act, and always knew how grounded and even we had to keep it so that that third act landed. Other than that, getting the look down was big. It may sound superficial, but it’s not to me. The cuts and bruises he wears for the whole movie did a lot. In the beginning of the movie he gets beat up, and we had a choice: When the second act starts, that can be a couple weeks later and the bruises are mostly gone or that can be a couple days later. And we did a makeup test and we thought it was a little bit of a nod to “Chinatown.” But more than that, it tells a story. It does a lot of the work for you.

“I often think that, for me, my most thrilling and creative moment is doing a wardrobe fitting, if it’s the kind of thing where you have a lot of say. It just is a visual medium, and more than that, it’s how you feel in the outfit.”

What, generally, are the ways you get inside a character’s head to understand how their brain works?
Every role is different and it depends on how close it is to me or how much I have to reach outside. I did this half-hour show [in which] I played Jack Lemmon. And for that, I obviously watched a lot of Jack Lemmon, and listened to him, and tried to kind of mimic. If I’m playing a real person, I absorb as much of them as I can. Again, I go back to hair and makeup—although as a man, your hair and makeup certainly tends to vary less than the very different hairstyles you can do as a woman. But wardrobe is such a big thing. I remember when I was very young, and you had no say in it, and so you’d get hired and go, “Great! I’m so excited, I’m gonna go do this TV show!” And you’d get there and they’d just throw something on you, and it was terrible or you hated it. And, I don’t know, it just ruined the whole experience before you even started. And I often think that, for me, my most thrilling and creative moment is doing a wardrobe fitting, if it’s the kind of thing where you have a lot of say. It just is a visual medium, and more than that, it’s how you feel in the outfit, too. Having the right wardrobe, and an interesting one at that, is very powerful.

The other thing is—and I’m kind of digressing now—but I always really enjoy blocking a scene. And I feel like I make [my most] creative choices during blocking. It’s really thrilling because you’re going to run it about three times in the morning, you’ve got your coffee in your hand, but you’re going to decide for the rest of the day, “Do I wanna get up on this line?” You’re fine-tuning once you’re rolling, and you’re trying to get inspired and do little creative flourishes here and there, but you’re really kind of figuring out the architecture of it and making some strong or big choices in the direction you want to go when you’re blocking it, in that 15-minute run-through, right before they light it. I always really enjoy that, and feel like that also is just where you decide how you want to move in the scene. It can be very powerful and fun to decide.

You also have a very “against-type” role in one of the year’s biggest films, “Promising Young Woman.” How has the reception of the movie been from your perspective?
It’s a very provocative and entertaining movie, which is my favorite thing. And it’s not one that I’m having to tell people about. They’re just finding it. I think for all my friends—and we have a lot of them who aren’t in the business or don’t follow my career—when they do see me in that, most of them don’t know what’s coming. They’re a little taken aback. But I’ve been in plenty of things, good and bad, that aren’t really in the zeitgeist. It is very gratifying to be in something that is very “of the moment” and has a lot of people watching, and talking. It’s funny, too, because it was supposed to come out in April, and then the pandemic hit, and I was wondering if it would have the same urgency as it did then [when it was released in January]. We move so fast through social conversations. But it does, it’s every bit as powerful.

What is a performance every actor should see and why?
Two answers: One, I just saw “The Bounty,” the Roger Donaldson movie from the ’80s, and it’s just a whole bunch of actors acting on a ship and everyone is super young. It’s Anthony Hopkins—pre-“Hannibal” Anthony Hopkins, Mel Gibson, Daniel Day Lewis, Liam Neeson. And Anthony Hopkins gives just such a fiery and dignified performance, he’s amazing and I hadn’t seen him that young, before “Silence of the Lambs,” and he’s fantastic.

Second, maybe this is reflexive because I try to get into character, but I’m also looking from the outside in, analytically. Meaning, I also think it’s only what reads that matters. It doesn’t matter if I feel something if it’s not communicated. So I’m also a fan of people who can look at it from that perspective, and I think Nicholas Cage does that. I’ve heard him talk a bit about how some of his performances are based on not necessarily trying to be “realistic.” He talked about Edvard Munch’s “The Scream” being an inspiration for one of his performances, and trying to be a visual artist like that, and exaggerate things. Jack Nicholson, too, in this “The Shining” making-of, he was telling Stanley Kubrick, “It’s gonna be real, it’s gonna be more real than real.” And Kubrick goes, “Yeah, but is it interesting?” And, that made him think. I admire and occasionally try to be as deep as I can go into character, and there are people that can go deeper. But I am also just a fan of people that are thinking about it practically, or just trying to find what’s interesting about it. 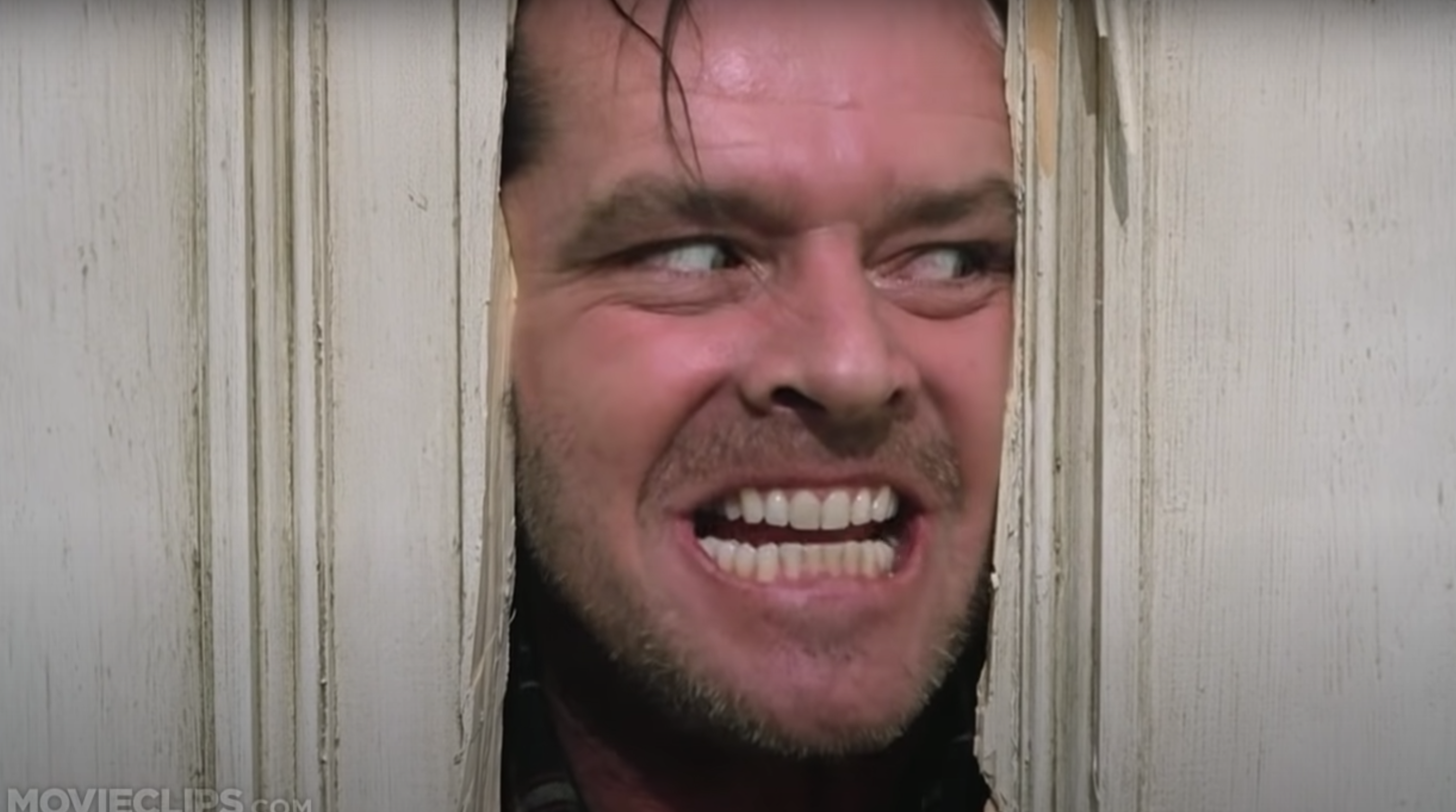 5 Horror Films Every Actor Should Watch

Do you have an audition horror story you could share with us?
I can’t say I do, but my biggest pet peeve of auditioning is: If you’re gonna make someone learn three scenes, fucking read the three scenes. It just kills me! When they have you learn 12 pages and then they only want you to do six, it’s like, they’re doing themselves a disservice, because I don’t know those six as well as I would have if I’d just focused on those. And I understand that maybe they’re weeding people out, and there’s a few people that they’ll have do the other scene. But it’s rude, and I’m not for it at all.

What is the wildest thing you ever did to actually get a job?
Honestly, nothing! It’s been pretty cut and dry, meat and potatoes stuff. I don’t know, maybe it’s my fear of rejection—it’s either pride or insecurity. And those two are cousins, for sure. But I just am not gonna try too hard. I’ll give you my best audition and then that’s it. If you don’t want me, I don’t want you. I’ll do my work, and hopefully I’m right for it and if I’m not, or you don’t see it, so be it. But, I’m not gonna beg, that’s all.

How did you get your SAG Card?
The first SAG job I did was a high-budget long commercial for prescription-grade acne medicine. And I was the kid in question who had really rough acne. Then I got on the prescription stuff, the medicine, and it cleared up a bit. But it was like a drama! Understandably so.

What is the advice you’d tell your younger self?
Just the person, not the actor: High school matters, of course, but you tend to put a lot of weight onto every little thing back then. And clearly, in hindsight, it doesn’t [matter]. I remember I went to take my driver’s test on my 16th birthday and failed. Rightly so, I won’t get into the minutiae, but I didn’t know something I should have. I took it again two weeks later and passed, but for those two weeks [were] just the most awful two weeks. It would never end, I would never drive, and I’m a loser. And obviously in hindsight, those two weeks weren’t a big part of my life. In a similar way, as an actor, not even my younger self, I have been too precious. I do think you work when you can, and it will work itself out. It’s hard for anyone to be too choosy, it’s hard for movie stars to be choosy! You’re so lucky to just be in the business, they don’t make that much stuff. And sometimes I would let my ego get in the way of things that I would find fun, and would also earn me a great living, just because I thought, Well, it’s not cool. Even though I would have had a blast. So just going with the flow a little more and not being so precious wouldn’t be the worst thing in the world.

Casey Mink
Casey Mink is the senior staff writer at Backstage. When she's not writing about television, film, or theater, she is definitely somewhere watching it.
END_OF_DOCUMENT_TOKEN_TO_BE_REPLACED