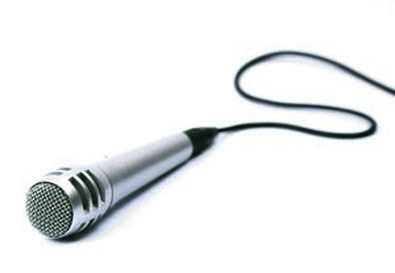 Without even knowing it, audiences watching cartoons, television shows, and feature films are listening to automated dialogue replacement.

ADR, also known as looping, is a postproduction process that involves actors re-recording or adding dialogue to footage while watching it on a screen. They attempt to match their voices and sounds to the mouth movements and physical gestures they see onscreen, creating background conversations or radio reports, for example, or replacing missed lines. In the original "Star Wars" trilogy, for instance, actor David Prowse wore Darth Vader's black suit and mask onscreen, but James Earl Jones provided the voice in postproduction. Together, they created the character.

Looping can be a good source of income for actors. One actor, who spoke with Back Stage on condition of anonymity, said successful loopers can make up to six figures (before taxes and their representation gets its share) and that the average looper makes approximately $2,000 per week, though he or she may not book work every week. The standard rate for an AFTRA looper is $801.30 per session. Many actors who do looping work are part of "loop groups"—collectives of voice actors who secure work on a regular basis for a production's ADR needs. So how does a newcomer break in to this lucrative, competitive, and fun field? Experts say it's not easy—but with the right voiceover skills, a great demo, and luck, there's always room for another looper.

"If we do our work right, you hardly know we're there," says voiceover actor Mela Lee about ADR. Lee has done looping on well-known television shows such as "Californication" and "Entourage," but when she moved to Los Angeles in 2000, she did not know what career to pursue.

"People always told me I had a nice voice and I should look into it," Lee says, but she was not sure where to begin. "When I was starting, Back Stage was the number-one place for me to find jobs. That's how I learned where to take my first voiceover class." She adds, "I didn't really have high aspirations, but in the back of my mind I thought I might get discovered, and I did actually. The teacher had a showcase at the end of the class, and agents came and they signed me."

Though Lee believes that having an agent is essential for a career in voiceover, she says the field relies heavily on relationships: "Normally you work with the same people repeatedly, or people just know you. It took me a few years to get my name out there and work steadily."

According to L.A.-based voiceover agent Stephanie Blume, "Many ADR jobs are through voice matches"—when "producers come to us looking for someone to sound exactly like the actor in the picture." Blume knows her clients' voices well enough to quickly find a match.

After a few years in L.A., someone recommended Lee for a job looping the voices of teenagers on "Gilmore Girls," because of her "youthful voice," she says. Though she didn't book the job until 15 months later, in 2005, she was excited to get the call, because ADR is "kind of like the holy grail." The appeal of looping, according to Lee, is that it can be a "9-to-5 job," with four- to eight-hour sessions.

Aside from vocal ability, Lee says, improvisational skills are the No. 2 requirement for ADR work: "Loopers basically immerse ourselves and improvise in a world that the writers have created. Producers note very specific conversations happening around the lead, but the extras aren't saying anything, so we will script it to the point where we're 'chasing flaps'—watch their mouths moving. Then we start improvising a conversation geared around a particular topic that fits with the onscreen actors' mouths and hand gestures. It's very rarely 100 percent scripted. They rely on us ADR actors to script it for them."

Los Angeles native Cam Clarke began working in voiceover in 1982. He holds many credits, but he is often recognized for voicing Leonardo and Rocksteady on the 1987 cartoon series "Teenage Mutant Ninja Turtles." Since the start of his voice career, Clarke has worked in ADR.

"I was introduced to the voiceover world by my brother, who was an associate producer at Warner Bros. in charge of postproduction," he says. "I had just come home from college, and he would call me in to do looping on whatever show he was working on." Clarke readily admits that was "a little bit of nepotism."

Though he did not receive any looping training, he "branched out and took voiceover workshops," he says, "because I was pursuing things like commercials, animation, dubbing." He soon launched his own L.A.-based loop group because, as he jokes, "I wasn't able to play in anybody else's reindeer games." When first trying to find work for his group, Clarke says, "it was similar to going door to door like an old encyclopedia salesman," but now producers often contact him.

For nearly 30 years, Clarke has led his team and acted as a liaison between producers and his loopers. Though he deals with a variety of clients, "we are in postproduction and rarely have the headaches people in production do, because by the time it gets to us, it's done."

Occasionally, Clarke may direct his team members during a job. "Sometimes there is literal direction, where you want to massage somebody's performance," he says, "but most of the time the people are very good and don't need that kind of direction, because it becomes second nature." His loop group is mostly composed of "friends or people I met on early shows that I was on."

Clarke emphasizes that looping is "a small business. A lot of people are very popular and they're the first ones called. I'll often have actors tell me, 'I'd love to get into looping. Can I send you my résumé?' " He politely declines "because I got plenty of people." He adds, though, "If someone wanted to get into voiceover, of course I would help and have introduced people to agents, casting people, and classes."

Overall, Clarke feels "so fortunate to have stumbled into" looping. "Nepotism definitely helped, but it was my idea to put my own group together. I didn't sit and wait for my big brother to call me."

As a child actor, Sam Riegel performed in Off-Broadway and Broadway shows, but for the last 10 years he has worked as a voice actor. Riegel started his voiceover career taping English instructional books, which led to his being referred to an animation company. There he worked on recording several anime projects, such as "Yu-Gi-Oh!," in English, and soon after, he voiced Donatello in the 2003 cartoon reboot of "Teenage Mutant Ninja Turtles." Riegel then moved to Los Angeles for more opportunities.

For aspiring voice actors, Riegel advises "making a reel, which can be time-consuming and expensive. Expect to pay $500 to $1,500 for a quality audio demo reel. Reels are specific and scrutinized, because they're only one to two minutes long. For a lot of young actors, a reel can highlight their weaknesses. In order to get better as a voice actor, you have to be in a recording studio, perfecting your mic technique, the way you take direction, breathe, and more. It's not just acting; it's technical too. It's an art and a science."

Riegel considers himself lucky to be part of a "tight-knit" loop group, because "it pays well, gets residuals, and is not too straining vocally." He recalls joining: "I happened to be introduced to the leader of my group through a mutual friend. You're working with the same people repeatedly, so they have to see if you work well with them. I sat in on a couple of sessions without getting paid, just watching to see how they worked. From there I started filling in for members of the group if they couldn't make it, sort of unofficially. I was eventually included as a real member." His group meets once a week or once every two weeks.

Riegel believes that "it's very tricky for young voice actors to know their own voice. There are guys out there who can do a million voices, and they're great, but they are few and far between. It's best to know what you're strong at, what role your voice serves in the broad spectrum of voiceover." He adds, "When an audition comes through for a young hero fighting for justice, I know I can do that. I know my voice and I know its capabilities and I know its limitations, and that is an advantage to me."