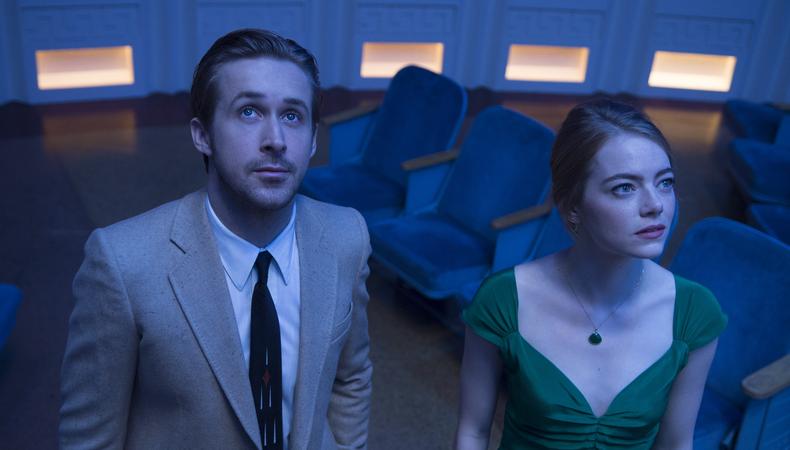 Writer-director Damien Chazelle has channeled the unfulfilled dreams of aspiring actors and artists everywhere into “La La Land,” the new movie musical from Summit Entertainment soon twirling into theaters. Since its world premiere on the opening night of the Venice Film Festival, where its star Emma Stone won the Volpi Cup for Best Actress, the flick has been ready to take Oscar season by storm.

In the exclusive featurette below, Chazelle and his cast provide a behind-the-scenes glimpse of the casting process, their rigorous pre-production goals (three months of intensive piano study for Gosling!), and just how they staged the film’s epic musical numbers. “They seemed excited about the amount of work it would take to do this movie,” says Chazelle of his actors. “That was astonishing and exciting to me.”

Check out the clip below, and don’t miss the astonishing and exciting “La La Land” when it opens in select theaters Dec. 9!

Ready to star in an award-winning movie musical? Check out our film audition listings!

Jack Smart
Jack Smart is the awards editor at Backstage, where he covers all things Emmy, SAG, Oscar, and Tony Awards. He also produces and hosts Backstage’s awards podcast “In the Envelope” and has interviewed some of the biggest stars of stage and screen.
END_OF_DOCUMENT_TOKEN_TO_BE_REPLACED