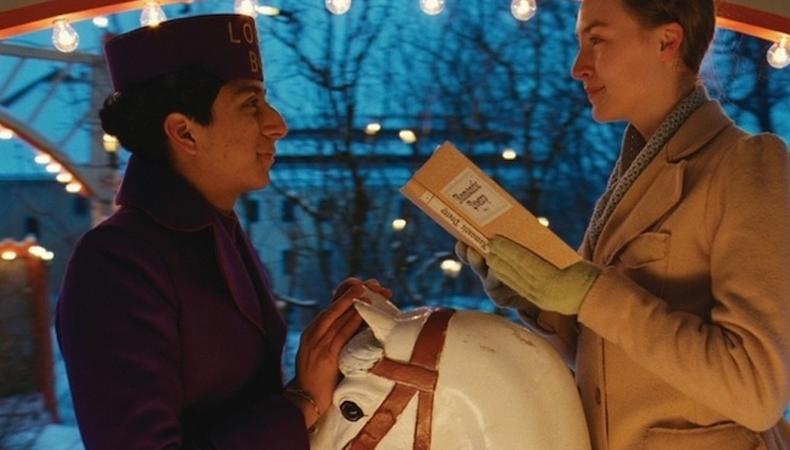 The nominees for the 87th annual Academy Awards have been announced with “Birdman” and “The Grand Budapest Hotel” leading with nine nominations apiece. “The Imitation Game” trails, only just, with eight, and “Boyhood” walked away with six nominations including best picture, best director for Richard Linklater, and best supporting recognition for both Ethan Hawke and Patricia Arquette.

Bradley Cooper, despite not being recognized in any precursor awards shows, managed to secure a best actor nomination for “American Sniper” alongside Eddie Redmayne for “The Theory of Everything,” Michael Keaton for “Birdman,” Steve Carell for “Foxcatcher,” and Benedict Cumberbatch for “The Imitation Game.” Cooper’s surprise nom knocked out David Oyelowo for his portrayal of Martin Luther King Jr. in “Selma,” and Jake Gyllenhaal for “Nightcrawler.”

Following her Golden Globe win, four-time Oscar nominee Julianne Moore—a serious contender for lead actress this year—was recognized for her role in “Still Alice” alongside Reese Witherspoon (“Wild”), and Felicity Jones (“The Theory of Everything”). Surprise taps in the female acting category included Marion Cotillard for “Two Days, One Night” over Jennifer Aniston, who was the only person this year nominated for a SAG Award, a Golden Globe, and a Critics Choice Award, but didn’t move onto the Oscars. Laura Dern was also a surprise for her supporting role in “Wild,” shutting out Jessica Chastain.

Other snubs included “Selma” director Ava DuVernay—nabbed by the unexpected Bennett Miller for “Foxcatcher”—who would’ve made history as the first ever black woman with a best director Oscar nomination, and Gillian Flynn’s shutout in the best adapted screenplay category for “Gone Girl” (Rosamund Pike garnered the only recognition for the film, landing a lead actress tap).

“Whiplash” however did manage a best adapted screenplay nod, rising to a total of five nominations including best supporting actor for front-runner J.K. Simmons, best directing for Damien Chazelle, and best editing.

The Twittersphere erupted in protests over lack of diversity in this year’s nominations; despite rave reviews for Oyelowo, in 20 years this is the second time all acting nominees were white. However, Mexican director Alejandro González Iñárritu, who was tapped alongside Wes Anderson (“The Grand Budapest Hotel”), Linklater, Chazelle, and Morten Tyldum for “The Imitation Game,” brought a sliver of diversity to this year’s Oscars.

Click here to see where each of this year’s acting nominees got their start!

Briana Rodriguez
Briana is the Editor-in-Chief at Backstage. She oversees editorial operations and covers all things film and television. She's interested in stories about the creative process as experienced by women, people of color, and other marginalized communities. You can find her on Twitter @brirodriguez and on Instagram @thebrianarodriguez
END_OF_DOCUMENT_TOKEN_TO_BE_REPLACED