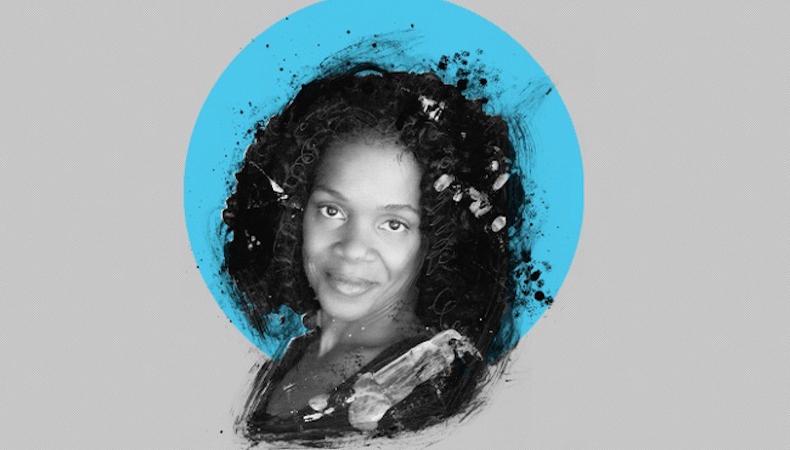 Kelsey Scott is fearless on- and offscreen. The theater kid-turned-actor-writer recently nabbed an Emmy nom for her portrayal of badass survivor Sierra on AMC’s “Fear the Walking Dead: Passage." When she’s not trekking through a zombie wasteland on the small screen, Scott can be found in police interrogation rooms, leaping through hula hoops, and asking for forgiveness instead of permission.

What has the role of Sierra added to your acting skills?
There was so much action involved with the role, and that’s something new for me as an actor, so I learned how to not lose the core of the character while also worrying about stunts and the camera angle and killing a zombie. You have to remember where the character’s coming from emotionally, so it’s a really great exercise in emotional and character multitasking.

READ: How to Find Your Character’s Motive

What advice would you give your younger self?
Take a moment and breathe. Whether that’s before an audition, when you’re learning the character, or when things are tumultuous in terms of your career. Just take a second and breathe. Oxygen makes such a difference. [Laughs] I don’t know that I officially meditate, but I’ve certainly learned the power of just sitting in the moment before getting out into the ruckus of the world. That focus makes a lot of difference.

How do you typically prepare for an audition?
The first thing I try to do is get off-book. I want the words to be second nature; I don’t want to be trying to remember the line. After I’m off-book, then I’m really able to find out where the words are coming from and I can get involved in the spaces between the words, the beats between the lines, because I think that’s actually where we say more. Being able to put the script to the side and then get to the core of the character through the silences.

What movie should every actor see?
When I’m flipping through Netflix or television or something and I land on “The Shawshank Redemption," I can never turn it off. I have to just watch it all the way through. I think there’s just such a collection of amazing performances in there. Obviously you have Morgan Freeman’s voiceover throughout the entire thing, but there are so many beautiful silences in there. I kind of feel the same way about “The Usual Suspects." Just watching the silences. I guess that’s kinda my thing.

What’s your advice for women and women of color trying to make their mark on the industry?
Ask for forgiveness instead of permission. This is such a marathon, and it’s a different type of marathon for women and women of color, so you have to stay in the game, but I’m not sure you can follow the protocol. You have to do your thing so you can achieve longevity and stability.

What is your worst audition story?
I was auditioning for a Toyota commercial a couple of years ago, and I get to the audition and my agent had mistakenly submitted me as a stuntwoman. But I had driven all the way to Santa Monica from the Valley and didn’t want to waste the trip, so I was [like], “Oh, yeah, I’m totally a stuntwoman!" So I go into the audition room and they want me to take a flying leap through a hula hoop to the floor. They’re asking me questions like, “How long have you been a stuntwoman?" I was like, “Oh, ya know, I just got started. It’s really early in the game for me." So I took the flying leap through the hula hoop and I land on the floor and I’m thinking, that’s it, I’m supposed to stay here so they know I didn’t kill myself. But apparently I’m supposed to hop up and be like, “I’m OK!" I didn’t do that. I didn’t get the role, but my leap was fantastic!

What surprising special skill is on your résumé?
I work for the Detective Training Unit for the LAPD. So, when they’re training officers or detectives in interrogation and interviewing methods, they need actors to come in and portray the roles. They give us the case file, we go over it, and we’re kind of like their final exam. So if they don’t use the proper technique, then we don’t confess to the crime or we don’t give them the information they need to solve the crime. I’ve been doing that for so many years. It’s really great because not only do you get to work on your acting skills, but you’re also kind of contributing something to the community as a whole and that feels amazing.