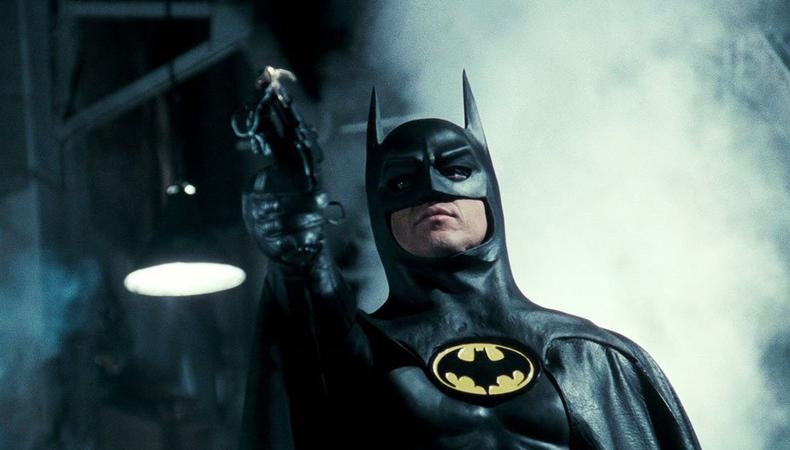 Michael Keaton sticks to his guns as an actor, whether he’s playing an everyman or a larger-than-life superhero. When he starred as renowned crime fighter Batman in Tim Burton’s 1989 film and its 1992 sequel, “Batman Returns,” Keaton was committed to his take on the character. So when he was asked to change his approach once director Joel Schumacher took over the franchise, the actor walked away from the role.

“I know the name of the movie is ‘Batman,’ and it’s hugely iconic and very cool. [But] I always knew from the get-go: It was Bruce Wayne,” he tells us on his episode of the In the Envelope podcast. “That was the secret. It was never [Batman]; it’s about Bruce Wayne: Who’s that guy? What kind of person does that? Who becomes that?”

When the new director was set to replace Burton for the series’ third installment, 1995’s “Batman Forever,” Keaton was faced with pivoting the character toward a campier, sillier sensibility. “I kept trying to rationalize doing it,” he remembers, “and hopefully kind of talking [the director] into: ‘I think we don’t want to go in this direction.’ And he wasn’t going to budge…. I walked away going, ‘Oh, boy, I can’t do this.’ He asked me—he said, ‘I don’t understand why everything has to be so dark and everything is so sad.’ And I went, ‘Wait a minute. Do you know how this guy got to be Batman?’ I mean, it’s pretty simple!”

Keaton says he read and reread the original comic book source material from Frank Miller, thinking about why the traumatized billionaire would don a mask and armor to fight crime on the streets of Gotham. “I wanted to make him my take on him,” he remembers. “Tim [Burton] and I were talking about the two sides of his personality. And I made a choice that he actually transcends; he drops into another level of consciousness.

“Bruce Wayne couldn’t be Bruce Wayne once he puts this thing on. And I go, ‘How does he get to that? And how does he physically know how to do this thing?’ And so I made a choice, just to justify it, that he kind of went into a zone…. In the eyes, you see me kind of go into this weird kind of meditation, where I disappear and lose myself in order to be Batman—because that’s the only way I could rationalize what he was about to go do, or how he could really do it.” Keaton adds that writing out a backstory for any character—whether they’re from existing material, or a real-life person or a fictional one—is one of his go-to tricks.

Now that he’s set to reprise his most famous role in the upcoming “The Flash” and “Batgirl” films, Keaton has found himself going through that actorly process all over again. “Certain things do come around!” he says.

To hear more of Keaton’s tricks of the acting trade, tune into his full interview wherever you listen to podcasts.

Jack Smart
Jack Smart is the awards editor at Backstage, where he covers all things Emmy, SAG, Oscar, and Tony Awards. He also produces and hosts Backstage’s awards podcast “In the Envelope” and has interviewed some of the biggest stars of stage and screen.
END_OF_DOCUMENT_TOKEN_TO_BE_REPLACED