Singing Opportunities in the Commercial Industry 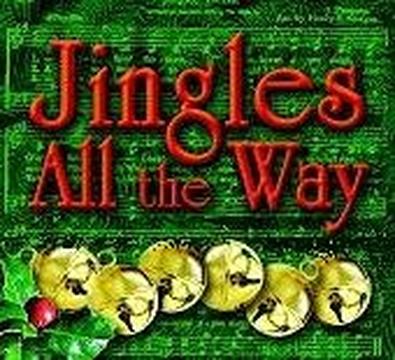 A key point that an aspiring jingle singer may want to keep in mind is that in the corporate world of 2001, the word "jingle" itself tends to be frowned on.

"Nobody likes to refer to anything as a jingle anymore," explains Joey Levine, who heads Crushing Enterprises--one of the biggest Manhattan commercial music houses. "It's 'an original song' or a 'short form song' or a song that's contemporary and sounds like something else.... Nobody really wants that word used alongside their brand."

Levine should know. He's essentially America's "J-Word" King. He began his career in the 1960s as a singer and writer of bubblegum pop, including hits for Ohio Express: "Chewy Chewy" and "Yummy Yummy Yummy (I Got Love in My Tummy)." Eventually, he veered into commercial music, writing such classic spots as "Sometimes You Feel Like a Nut" for Almond Joy/Mounds and "Just for the Taste of It--Diet Coke."

To be sure, the term "jingle" conjures up an old-fashioned, lilting, heavily harmonic sound--perhaps best epitomized by the merry old Roto--Rooter ad that whisked the consumer's troubles gently down the drain. In a time when pop music is dominated by the likes of Smash Mouth and Radiohead, is it any wonder that companies would shy away from such a quaint word?

Still, the commercial music insiders with whom Back Stage spoke recently used the term "jingle" unapologetically, sometimes almost affectionately. Which is not to say that they don't acknowledge how much the commercial singing industry has changed over the last 15 to 20 years.

Snuggle Up to Your Cash Register

The conventional wisdom about jingle singing is that it's a field that's practically impossible to break into--a business dominated by a small circle of 20 to 25 New York-based vocalists who work regularly and rake in thousands and thousands of dollars a year.

To some degree, conventional wisdom is correct.

That jingle singing can be lucrative is unquestionably the case. True, the basic payment scale for a jingle recording session under union contracts (AFTRA for radio spots; SAG for film; both unions for videotape) is unimpressive. According to Dick Moore and Ralph Braun of AFTRA, an individual singer hired for a single recording session makes between $127.20 (as part of an off-camera choral session involving nine or more vocalists) to $500 (as an on-camera soloist). But then there are the use fees (commonly called "residuals"). These are what can make a jingle singer rich. If the vocal from a session is selected to be aired as part of a nationally televised campaign, the original session fee covers the first airing of the recording. Then the singer is compensated on a payment schedule that decreases with each subsequent airing--but eventually levels off. The numbers can add up, depending on the relentlessness of the tele-campaign.

There are, however, other ways in which commercials are broadcast. For instance, a TV ad may be distributed as a locally aired "wild spot"--which means it runs locally on time purchased by the advertiser at each station in each local market. Radio commercials involve a flat-use fee that is paid to singers for a broadcasting period of one, four, eight, or 13 weeks. When singers perform for the initial session, they usually have no idea how--or even if--their work will be distributed. Perhaps the session will be for demonstration purposes only. A client may love the jingle, but not the voice singing it.

As one veteran jingle singer explains, "In one afternoon, you can make 40 grand, you can make 70 grand--or you can make $145. You never know. It's like a lottery. And it's a lot of fun.... You don't know if something's going to be on the air for two months or for three years. Or, in the case of some guys I know who did a Tums spot: it was on the air for 20 years."

You also don't know, these days, whether a single successful national spot will necessarily lead to future work in the jingle field. As Joey Levine puts it, "It used to be, a long time ago, there were cliques of singers that would just go from place to place, and I think that nowadays you really look for originality and fresh sounds, rather than going with what you may know. So you're always on a talent search to find someone who hasn't been used a lot."

That is good news for a singer who hopes to make some money in a one-shot commercial deal. It's not great news, however, for a newcomer who wants to dedicate his or her life and voice solely to singing the praises of soft drinks, paper towels, and automobiles.

Russell Velazquez and Elaine Caswell are two singers who have been able to make a living in the commercial music business for several years--although both continue to sing elsewhere as well. Neither performer originally sought out work in the jingle field.

Velazquez, the son of a popular Latin singer named Victor Velazquez, had performed in bands as a youngster. But he never considered jingle singing as an outlet for his talents. He had heard that commercial singers needed to sight-read music, something he didn't do well. But, in the mid-1980s, he was working on some dance tracks with a composer named Michael Levine, who convinced him to do a Kool-Aid spot. After this success, Velazquez began assembling a demo tape and marketing himself more aggressively, although he still attributes his early success mostly to word of mouth.

Caswell was pursuing a recording career when she was discovered in true star-is-born fashion by a producer who heard her singing in a club in the late 1980s. She did a Bic pen commercial that was picked up, then worked in campaigns for Chrysler Plymouth and Pontiac. She liked the security and benefits that she got from the new work: "I'd go in and do exactly what I'd been doing, but I was actually getting paid this time, instead of $50 a night singing four sets in a smelly bar. Before I knew it...I was kind of in the thick of it." Caswell has sung on a long list of spots, from Doritos to Tampex ("that was the weirdest one"), from Taster's Choice to Nutrisystem ("you've got to Nutri-size your body"). She's also the voice of "Meet the Mets"--a contract that led to a gig singing the national anthem at a Mets-Pirates game.

Products aimed at children seem to be Velazquez's specialty. "The things that I probably do most are toys, soft drinks--all the stuff that's really good for kids." Ironically, his most famous commercial moment was not sung but spoken (or rather shouted): the line "I love this place!" in a Burger King spot.

Currently, he has a Trix cereal commercial airing that imitates the Backstreet Boys' sound. Certainly, part of his long-term success can be attributed to his versatility and talent for mimicry. When Velazquez started out, Prince, Michael Jackson, and George Michael were dominating the top-40 charts, and the jinglist was able to "cop" their sounds. He also has done some Spanish-language jingles, although he's not fluent in the language. "I think if I had just one particular sound, I would have come and gone a long time ago," he says.

Caswell describes her usual singing style as soulful in a Linda Ronstadt kind of way: "Remember how [Ronstadt] would remake old soul tunes? She'd sound real soulful, but she didn't sound like Soul Mama." But for jingle work, Caswell, like Velazquez, has been called on to demonstrate flexibility--twisting her voice to sound like Cyndi Lauper, for instance.

"It was really fun...to do these characters or turn on a certain sound: 'Oh, you want that really kind of pinched nasally sound? If we put it in a lower key, I can give you a warmer, richer, more naive sound.'"

This sort of improvisational skill proves useful for group-sung jingles as well as solo work. Perhaps the same core group of singers has been hired time and again for choral work in part because they've been able to cooperate with one another and experiment to get the just the right flavor.

Velazquez and Caswell note that choral groups for jingles have grown smaller in recent years. In part, Velazquez explains, this is due to the musical sound that's currently in vogue. But it's partly attributable to economic realities. Why should producers pay for eight voices when two or three will suffice? Also, composers themselves often sing at their own jingle demo sessions these days--and some go on to sing in the final broadcast product. Technology has made all this possible. It's much easier now for independent producers to create a finished-sounding product in the privacy of their own apartments than it was 15 years ago. "They don't need to have a 24-track recording studio or go to Right Track or The Hit Factory and record," says Caswell. "You know, you can go to Manny's or Sam Ash, buy some gear, set it up, and make it sound pretty darn good."

So what advice do these veteran singers offer to newcomers? Velazquez does not feel a vocalist needs any particular training to make it in the jingle field. "If you're a singer who takes voice lessons, great. Do you need 'em? No. If you can sing in pitch and have a good ear and can learn quickly, then you certainly can work in this business. That's the main key--really being quick. Basically, you go down to the session and they're gonna play it down for you a couple of times and you're gonna sing it. That's it. In terms of training, do you have to be a sight-reader or read music? No. Does it help? Yeah, it helps sometimes."

Getting a decent demo reel of your voice is essential for someone trying to break into the business (see sidebar). And finding the fine line between being persistent and being a pest when dealing with producers is vital, according to Velazquez. There might be reluctance to try a new singer for a project until a producer has exhausted all other resources. But if?at just such a dire-straits moment?the producer happens to pick up the demo CD you've recently dropped by his or her office, then a door might suddenly open for you.

To continue reading this article, go to The Members' Area