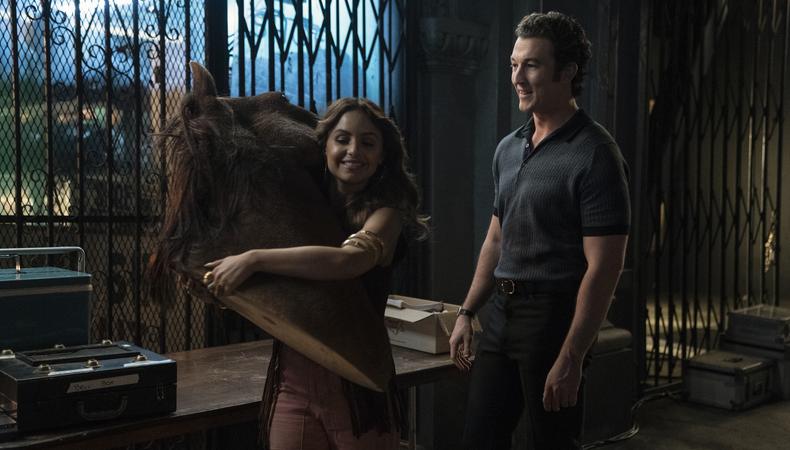 Over the course of her career, Jamison Bryant has learned to be adaptable—to work with clients whether they only have an hour to prepare for an audition, or a few days, or over the course of an entire project. She tells us about her work on “The Offer,” the Paramount+ series about the making of “The Godfather,” and how actors can make their time with a dialect coach as fruitful as possible.

When approached about working with somebody for a role, what are your first steps?

My first step is getting to know the actor and finding out how best they learn. [I’ll ask things like,] “Does it help if you can hear it? Were you a note taker, or did you record a lecture?” My other question, especially for actors, is how comfortable they are with phonetics—when you look up a word in the dictionary and you see those squiggly lines next to the word, it tells you how to pronounce it. That’s really helpful, too.

What was the process like working with Miles Teller and Matthew Goode, who play “Godfather” producer Albert S. Ruddy and Paramount Pictures chief Robert Evans in “The Offer”?

Impressions, in my opinion, are much more difficult than accents. You’re not just trying the voice and changing the muscles and movements to make that happen. You have to think about pitch and resonance; you have to think about mannerisms—they might be biting their lip or chewing inside of the mouth, what are they doing with their hands, what are they doing with their posture—and how the voice lives in that. It’s a lot of observation. In Miles’ case, he was fortunate to have [the real] Al Ruddy, who was so willing to answer his questions and spend time with him. But we were also watching interviews and his Oscars acceptance speech for “The Godfather,” and talking about: What can we not ignore here? And then with Matthew, he wasn’t able to talk to Bob Evans, but we watched interviews and listened to recordings. It’s almost like watching a sports replay and then talking about it: “See what happened right here? Let’s go back. Let’s look at that again.”

Were there specific scenes or pieces of dialogue that required more focus than others?

I was thinking about this very long monologue that Matthew had. It was with Bob Evans, just a mile a minute—and also it’s the ’70s, and cocaine, all those things. It was a big piece, and we worked on that a lot. And he just knocked it out of the park.

How would you explain your job to somebody who might not be familiar with what a dialect coach does?

I usually say that I work with actors who have to prepare for an accent that’s different than their own. That’s the long and short of it. 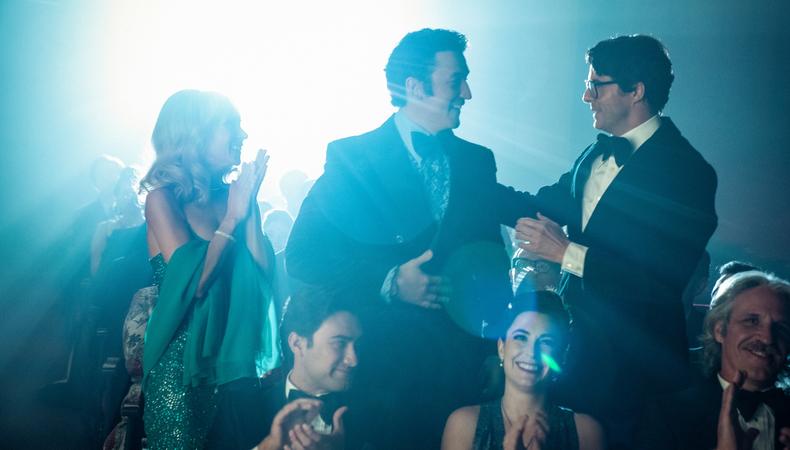 You have a background in communication sciences and disorders. How did you wind up in this line of work?

I read an article in Vanity Fair about Reese Witherspoon a very long time ago [about how she worked] with a dialect coach. And I thought, What the heck is that? It sounds like something I should know about. So I looked it up, and I thought, Wow, I’ve got to do that. I always loved language and could pick things up pretty quickly—I thought about linguistics, even—but I did behavioral therapy and early intervention work with kids on the spectrum and got introduced to speech pathology that way. When I found out dialect coaching was a profession, I thought, I’d really like to see if I can make that happen.

Do you remember what role Witherspoon was working with the dialect coach for?

I think it was for a British accent. It might have been for [the 2004 film] “Vanity Fair,” actually.

What did your research for this project involve?

Looking at old footage and watching “The Godfather”—what a terrible job to have. [Laughs] Also just thinking about the ’70s, thinking about the politics and pop culture at the time, popular phrases or things that were really part of the speech, and being prepared for any ad-libbing and making sure that it’s accurate.

What can an actor do to make their time with you as productive as possible?

Sometimes, especially for auditions, you don’t get a lot of information. It says “British dialect”; OK, well, what kind of British? So look through the script and seeing if there’s verbiage, any kind of contraction in a word, anything that gives you a clue. Also just doing some background [work], if they don’t know everything [about the character]. Do they live in a loud environment? Did they grow up with a lot of siblings? Do they have a lot of noise around them? Or did they grow up in a very rural area, where things are a little bit slower? [That way,] we can talk about speech rate and how they might approach the rest of the world.