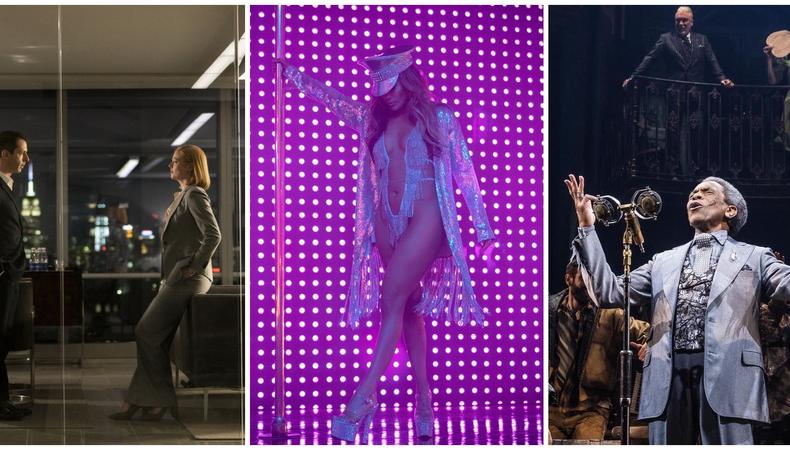 Voted upon by members of the Casting Society of America and honoring the crème de la crème of casting, nominees for the 35th annual Artios Awards have been unveiled. Each year the CSA recognizes the contributions of casting directors across film, television, and theater; in 2020 the Artios ceremony will again take place in New York City, Los Angeles, and London, all on Jan. 30.

So, what exactly does a casting director do?

Today’s film nominations add to the list of previously announced theater and TV Artios honorees. “The art of casting for film continued to shine this year, as represented in this noteworthy list of projects,” said CSA President Russell Boast in a statement. “The 35th Artios Awards will put a spotlight on the year’s outstanding contributions from our members as we collectively build on this year’s achievements for an even stronger future.”

This year’s film nominees include the CDs behind buzzy awards contenders “The Irishman,” “Once Upon a Time...In Hollywood,” “Marriage Story,” “Jojo Rabbit,” “Hustlers,” “Knives Out,” and “Rocketman.” All have also achieved recognition at the upcoming Golden Globes, Screen Actors Guild Awards, or both. Among the TV casting nominations are Emmy-winning series such as “Succession,” “Pose,” “Barry,” “The Marvelous Mrs. Maisel,” “The Handmaid’s Tale,” and “Game of Thrones.” On the theater side, CDs for Tony-winning productions including “The Ferryman,” “To Kill a Mockingbird,” “Oklahoma!”, and “Hadestown” are also up for Artios.

Oscar winner Geena Davis will receive this year’s Lynn Stalmaster Award for Career Achievement—a fitting honor, given Stalmaster was the casting director behind her feature film debut in “Tootsie.” Tony Award record holder Audra McDonald will be honored with the Marion Dougherty New York Apple Award. And CD Deborah Aquila (a three-time Artios Award winner for “La La Land,” “My Week with Marilyn,” and “Red”) will receive The Hoyt Bowers Award, while in London, Emmy nominee Andy Pryor (whose work includes “Stan & Ollie,” “Doctor Who,” and “Call the Midwife”) will be honored with the Excellence in Casting Award.

CSA is made up of hundreds of casting directors and associates, working to create a standard for the casting profession. For resources and more information, visit www.castingsociety.com, where a full list of 2020 Artios nominees is forthcoming.

Jack Smart
Jack Smart is the awards editor at Backstage, where he covers all things Emmy, SAG, Oscar, and Tony Awards. He also produces and hosts Backstage’s awards podcast “In the Envelope” and has interviewed some of the biggest stars of stage and screen.
END_OF_DOCUMENT_TOKEN_TO_BE_REPLACED