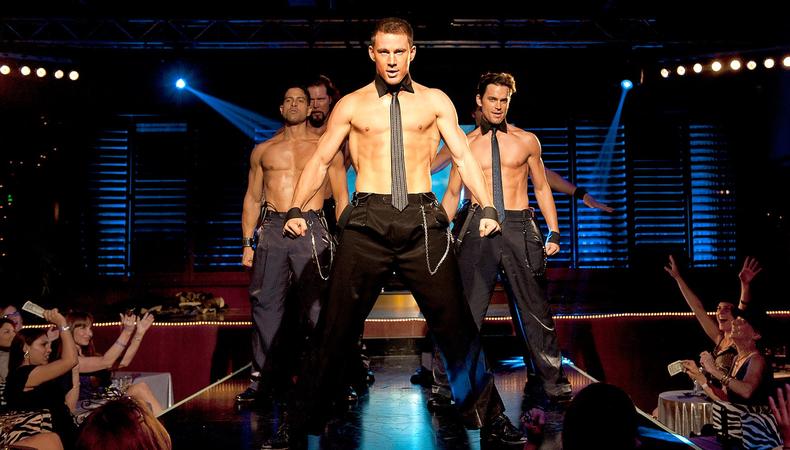 Mike is in motion to Boston.
Boston is in for a sexy autumn: “Magic Mike the Musical” has announced that it will present its world premiere production at the just-renovated Emerson Colonial Theatre, beginning performances Nov. 30. The limited engagement, produced by the film’s star Channing Tatum as well as Steven Soderbergh, will run through Jan. 5, 2020, before transferring to Broadway (New York dates are to-be-announced). Featuring direction by Trip Cullman and a score by Tom Kitt and Brian Yorkey, the film-turned-musical has not yet announced casting.

He’s gonna be starting something.
From one magical Mike to another, the Michael Jackson musical has also announced its out of town world premiere, as well as its official title. “Don’t Stop ‘Til You Get Enough,” featuring the legendary performer’s songs and a book by Pulitzer Prize winner Lynn Nottage, will begin performances at Chicago’s James N. Nederlander Theatre Oct. 29. Featuring both direction and choreography from Christopher Wheeldon, the jukebox tuner is aiming for a 2020 Broadway bow.

Arendelle is going down under.
Disney’s “Frozen” has announced its first international production. The Tony-nominated musical will open in Sydney, Australia at the Capitol Theatre in July 2020, with exact dates to come. Casting for the run, as well as creative team members, are also to be announced. The Broadway run was directed by Michael Grandage; no word yet as to whether he’ll reprise his role.

This mockingbird won’t fly.
While the stage adaptation of “To Kill a Mockingbird” continues to do gangbusters sales in New York, the news is less stellar for a planned U.K. and Ireland tour of the property. A production of the Christopher Sergel adaptation—which is not the same as that by Aaron Sorkin, now on Broadway—has been canceled, due to producers of the Sorkin rendition claiming worldwide exclusivity to the stage rights. The production had been scheduled to kick off at Curve Theatre in Leicester Feb. 7 with a cast of more than 20.

A musical for a Clinton.
Everyone knows former Secretary of State Hillary Clinton loves a good Broadway show, but it’s her daughter Chelsea who’s breaking into the theatrical realm. The younger Clinton’s children’s book “She Persisted” is getting the musical treatment at the Bay Area Children’s Theatre. Adapted by television and screenwriter Adam Tobin, the production will begin performances at the Berkeley Theatre Center Feb. 2. Of the staging, Clinton said, “As ‘She Persisted’ is brought to life on stage, I hope that these stories of activists, artists, athletes, scientists, and more inspire you to believe that with imagination and persistence, you too can change your school, your neighborhood, your community, our country, and our world for the better.”

Casey Mink
Casey Mink is the senior staff writer at Backstage. When she's not writing about television, film, or theater, she is definitely somewhere watching it.
END_OF_DOCUMENT_TOKEN_TO_BE_REPLACED