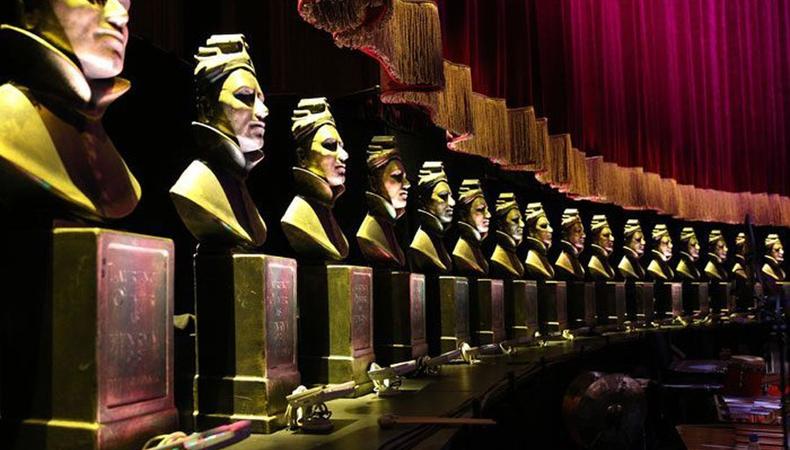 Olivier Awards under pressure to introduce casting category
The Olivier Awards, British theatre’s most renowned awards ceremony, has come under renewed pressure to recognise the work of casting directors. After BAFTA announced next year’s awards for film and TV will feature a casting category for the first time, the Oliviers are once again facing calls to create a category for casting directors. Alastair Coomer, the National Theatre’s head of casting, publicly urged the Society of London Theatre (which runs the Olivier Awards) to “re-evaluate its position with some urgency.”

Coomer described BAFTA’s announcement last week as a “timely recognition of the invaluable craft, skill, and dedication of casting directors within the creative process.”

He said: “Sadly, and surprisingly, casting is still not recognised at the Olivier Awards.” Andrew Lloyd Webber’s casting director David Grindrod argued: “It’s absolutely right that casting professionals are credited and recognised for the creative skill they bring to a production.”

The Old Vic’s head of casting Jessica Ronane hoped the newly introduced BAFTAs for casting would help broaden access to the industry and increase the visibility of casting directors, adding that an Olivier for casting “now feels like the natural step as opposed to something that needs a discussion.”

Petition grows for Scottish government to tackle cost of Edinburgh festivals
A petition is calling on the Scottish government to tackle the “spiralling” accommodation costs at the Edinburgh Fringe. Launched by Equity, the petition argues the Edinburgh Festival Fringe contributes around £200 million to the Scottish economy but that rising costs for accommodation is putting the month-long festival in “real danger” as it becomes out of the reach of most performers and productions.

Equity estimated the average rent at the festival for a person in a shared property ranged from £600–£1,200 per month in 2015 to 2018, rising to £800–£2,000 a month in 2019. The union now warns the Fringe is becoming unaffordable for many artists, impacting both “the diversity and quality of acts on offer.” Their petition echoes the findings of a recent report into pay at the festival which found the average fee for performing at the festival was just £9.52 per day and that nearly 40% of performers went without any pay.

Actors Class artistic director Mary Doherty made similar accusations against the Courtyard and announced the performer training company will end business with the theatre. Doherty told The Stage the company had run classes at the Courtyard since 2013 but is still owed money by the theatre after rehearsal space was double booked and the space itself often in a “filthy” condition. She described how “the lack of respect” shown by the management towards artists and companies as “nothing short of disgusting,” accusing the staff of running the theatre “into the ground” and urging the industry to boycott the venue’s current management.

A Day in the Death of Joe Egg
Veteran actor and Olivier Award-winner Patricia Hodge is joining the West End revival of A Day in the Death of Joe Egg. Hodge takes on the role of Grace and joins the previously announced Toby Stephens and Claire Skinner in Peter Nichols’ classic play following a couple whose young daughter has cerebral palsy. The story sees father and mother struggle to come to terms with what’s best for their daughter, with the father eventually entertaining ideas of a murder-suicide. Hodge described the play as “groundbreaking” when it premiered in the 1960s but claimed “its relevance and impact is ever more powerful” today. Directed by Simon Evans, A Day in the Death of Joe Egg runs at Trafalgar Studios from 21 September.

READ: How to Get an Acting Job in the West End

Christmas film features unreleased George Michael song
Feel-good film Last Christmas is to feature a previously unreleased George Michael song. With a trailer dropping on Wednesday, it’s now clear the festive movie, starring Emilia Clarke and written by Oscar-winner Emma Thompson, is soundtracked by songs from the late singer who was found dead in his home on Christmas Day 2016. Previously, it was rumoured to be a musical based around the songs of Michael and Wham. However, director Paul Feig (Bridesmaids, Ghostbusters) reported that while story and characters are “affected by” the soundtrack, in all other areas the film is a classic romantic comedy. Michael was working on a new album at the time of his death and Last Christmas is to feature an unreleased song from this in its entirety. Read more here.

Theatre scale back production of new play to readings
London fringe venue the Bunker scaled back a production last week after admitting the play was not ready to be staged. Abraham Adeyemi’s new work All the Shit I Can’t Say to My Dad has become a series of staged readings instead of a full production, with the Bunker’s artistic director Chris Sonnex saying they had not been able to “serve the story and vision” of the new play “to the highest standard.” Sonnex said while the industry often has a “show must go on” attitude, this was not necessarily healthy.

In a public statement, Sonnex said the team “have decided collectively that the best situation for all is to present rehearsed readings of the play each night, using the space we have to develop the play and learn about sharing it with audiences.” He added that staging productions is “a hard and unforgiving job,” and that “this is magnified when there are few resources, time, and money.” Rehearsed readings with guest performers run until 25 August.