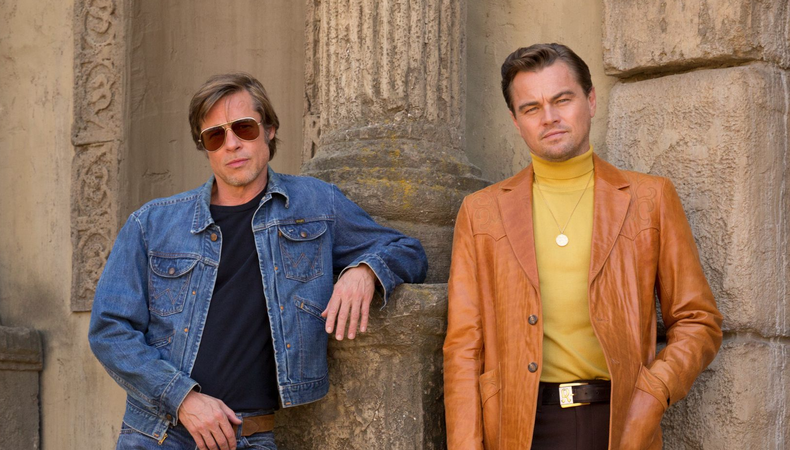 Photo Source: Sony Pictures/Andrew Cooper. Pictured – Brad Pitt and Leonardo DiCaprio in Once Upon a Time in Hollywood

It’s probably fair to say there aren’t many mathematicians in the world of acting, yet maths may hold the key to plotting a career that is more DiCaprio than Culkin. Recent research from London’s Queen Mary University has revealed startlingly accurate predictions about actors’ prospects, leading to important insights that could benefit actors.

The source the researchers drew from has been hiding in plain sight for many years: IMDb, aka the International Movie Database, which holds data on more than 2.4 million actors over a period of 128 years. Crunching this data to create algorithms that can analyse careers over entire lifetimes, the team were able to discover insights that both entrench anecdotal beliefs about acting, and that offer hope and practical advice to actors seeking success.

What is success?
Before the mathematicians could predict success, first they needed to define it. But it’s acting we’re talking about here, so that’s not necessarily a straightforward task. Does success mean collecting your Best Actor Oscar? Or is it simply making a living out of acting?

Lead researcher Oliver Williams acknowledges that acting is a different kind of industry: “Acting doesn’t necessarily work in exactly the same way to some of these other systems.” Why? Because “unemployment rates hover at around 90%.” Before you take that to be terminally depressing, that does account for all the times when actors are between roles, auditioning, or prepping for roles. But acknowledging that (in the words of Joan Rivers) “it’s feast or famine in showbiz,” the report states: “Sustained productivity (simply making a living) is probably a better proxy for quantifying success than high impact.” In other words, success is paying the bills, not collecting awards.

What did the team discover?
First, the bad news: the data shows careers that span only a single year are the norm rather than the exception. “Most people, on IMDb at least, only have one credit,” says Williams. And the report finds “compelling evidence of gender bias” in that female actors’ careers seem even shorter than their male counterparts.

However, these figures are skewed by two phenomena. The first is that of actors who have “dipped their toe in” the business, and then left. The second is the “rich-get-richer” nature of arts and entertainment careers – jobs are not equally distributed: most actors get very few jobs, while a few of them get loads. And actors go through hot and cold streaks – times when they are drowning with work and times when no audition seems to go their way.

Predictions of success
The researchers’ algorithm enabled them to predict with 85% accuracy whether an actor’s career has already peaked, or if their best days are still to come. And it’s all to do with the amount of credits they received in the preceding year rather than the perceived success of those individual projects. To look at it another way: lots of small roles are a bigger indicator that a career peak is coming than one big role, according to the report.

How do the findings translate into advice for actors?
The mathematicians’ advice is to continue to work. Whether cameo, support, or lead roles, the crucial factor is that actors are getting parts at all – it is this that will lead to career success.

Secondly, networking is crucial: it is activity rather than acting prowess that seems to lead to more work.

And lastly, don’t be put off by a few slow years: slow patches are a feature of many, if not most, acting careers.

Stay busy
To distil this even further, it appears from the research that the key to acting success is, quite simply, to stay busy. Take those meetings. Go to those auditions. Take those roles – because any one of them could lead to twenty more, and it is that, rather than the odd award, that will determine a long-term career.

Want to stay busy? Check out our UK or USA castings notices!