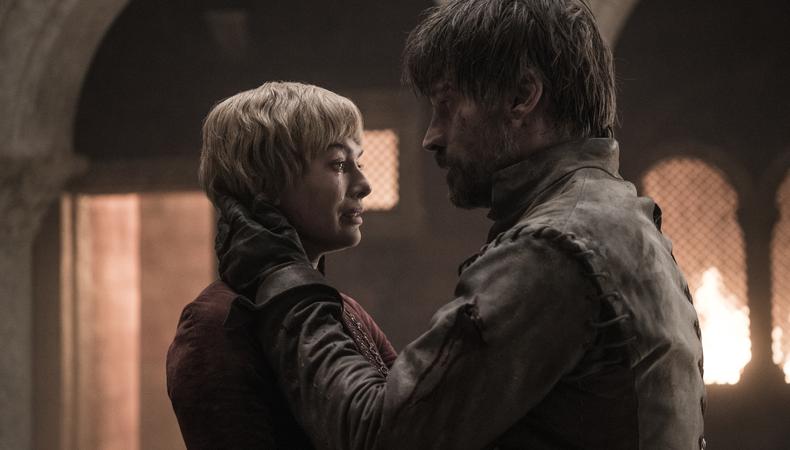 The 2019 Emmy Award nominees, as announced July 16 by D’Arcy Carden and Ken Jeong, represent yet another strong year for prestige television. While many recurring favorites and returning series heard their names called again, plenty of new talent managed to earn the notice of the Television Academy’s members.

Two of the 71st annual nominations list’s biggest earners were HBO mainstays that ended their runs this spring, meaning Emmy voters now have one last chance to crown them. “Veep” and its producer-star Julia Louis-Dreyfus, after sitting out last year’s comedy races, are now running for reelection with nine nods, while “Game of Thrones,” the record holder for most scripted series wins ever, is now also the highest earner of drama nominations in a single year with 32 (including for stars Emilia Clarke, Kit Harington, Gwendoline Christie, Lena Headey, Sophie Turner, Maisie Williams, Carice van Houten, Alfie Allen, Peter Dinklage, and Nikolaj Coster-Waldau), suggesting that the fantasy hit will continue its reign.

Streaming giant Netflix, which in the last four years has exponentially increased its annual Emmys tally, amassed 117 nods to HBO’s 137. New blood infused the drama races, with BBC America’s “Killing Eve,” Netflix’s “Bodyguard” and “Ozark,” FX’s “Pose,” and HBO’s “Succession” joining repeat nominees “Game of Thrones,” AMC’s “Better Call Saul,” and NBC’s “This Is Us.” Of last year’s leading actress in a drama nominees, only Sandra Oh of “Killing Eve” was eligible again; this year she’ll compete (against her co-star Jodie Comer, Clarke, Laura Linney for “Ozark,” Viola Davis for ABC’s “How to Get Away With Murder,” and Robin Wright for Netflix’s “House of Cards”) as one of the nine nominations for the thriller-drama created by Phoebe Waller-Bridge.

In a particularly tough year for miniseries contenders, HBO’s “Sharp Objects” and “Chernobyl,” Netflix’s “When They See Us,” FX’s “Fosse/Verdon,” and Showtime’s “Escape at Dannemora” will duke it out in the top category. Patricia Arquette, after winning the Golden Globe and Screen Actors Guild Awards for her leading performance in “Dannemora,” will compete against Amy Adams for “Sharp Objects,” Michelle Williams for “Fosse/Verdon,” Niecy Nash and Aunjanue Ellis for “When They See Us,” and Joey King for “The Act.” But she could end up taking home gold twice; for her supporting work in Hulu’s “The Act,” Arquette is nominated alongside Patricia Clarkson for “Sharp Objects,” Emily Watson for “Chernobyl,” Marsha Stephanie Blake and Vera Farmiga for “When They See Us,” and Margaret Qualley for “Fosse/Verdon.”

As usual, NBC’s “Saturday Night Live” claimed its share of nominations, with 18, including supporting actress Kate McKinnon. As hosts of the variety show, Oh, Emma Thompson, Matt Damon, Robert De Niro, John Mulaney, and Adam Sandler will be among those in the guest acting categories; those also include screen legends Cherry Jones and Bradley Whitford for “The Handmaid’s Tale,” Cicely Tyson and Glynn Turman for “How to Get Away With Murder,” Michael McKean for “Better Call Saul,” Fiona Shaw and Kristin Scott Thomas for “Fleabag,” and Jessica Lange for “American Horror Story: Apocalypse.” Guest acting and technical categories will be celebrated at the Creative Arts Emmys, to be held Sept. 14–15.

The Primetime Emmy Awards ceremony will then be broadcast live on Fox Sept. 22 at the Microsoft Theater in Los Angeles, with hosting duties to be announced. For a full list of nominees, click here. Stay tuned at backstage.com/magazine for more Emmys content and industry updates!

Jack Smart
Jack Smart is the awards editor at Backstage, where he covers all things Emmy, SAG, Oscar, and Tony Awards. He also produces and hosts Backstage’s awards podcast “In the Envelope” and has interviewed some of the biggest stars of stage and screen.
END_OF_DOCUMENT_TOKEN_TO_BE_REPLACED