How to Get Cast on a Reality Show 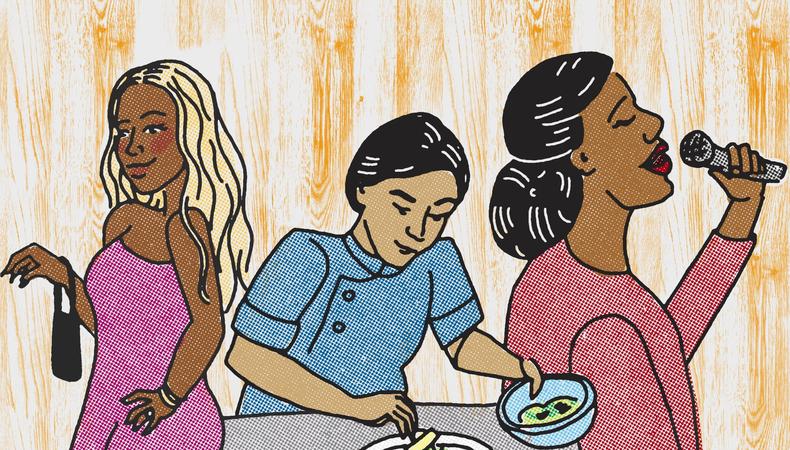 There is no wrong way to stardom these days—there is no one way, either. Reality television shows are a wholly legitimate and effective means to elevate your platform (or create one for yourself to begin with), and rub elbows with everyone in the business from the worlds of acting, singing, modeling, dancing, and beyond. You might have some trepidations about putting so much of yourself into the public eye, or have concerns about contractual stipulations. Maybe you’re just curious how this peculiar sausage gets made. We’re here with a peek behind the curtain, the answers to your questions, and all the general information you’ll need for how to get cast on a reality show.

Why would I want to be on a reality show? 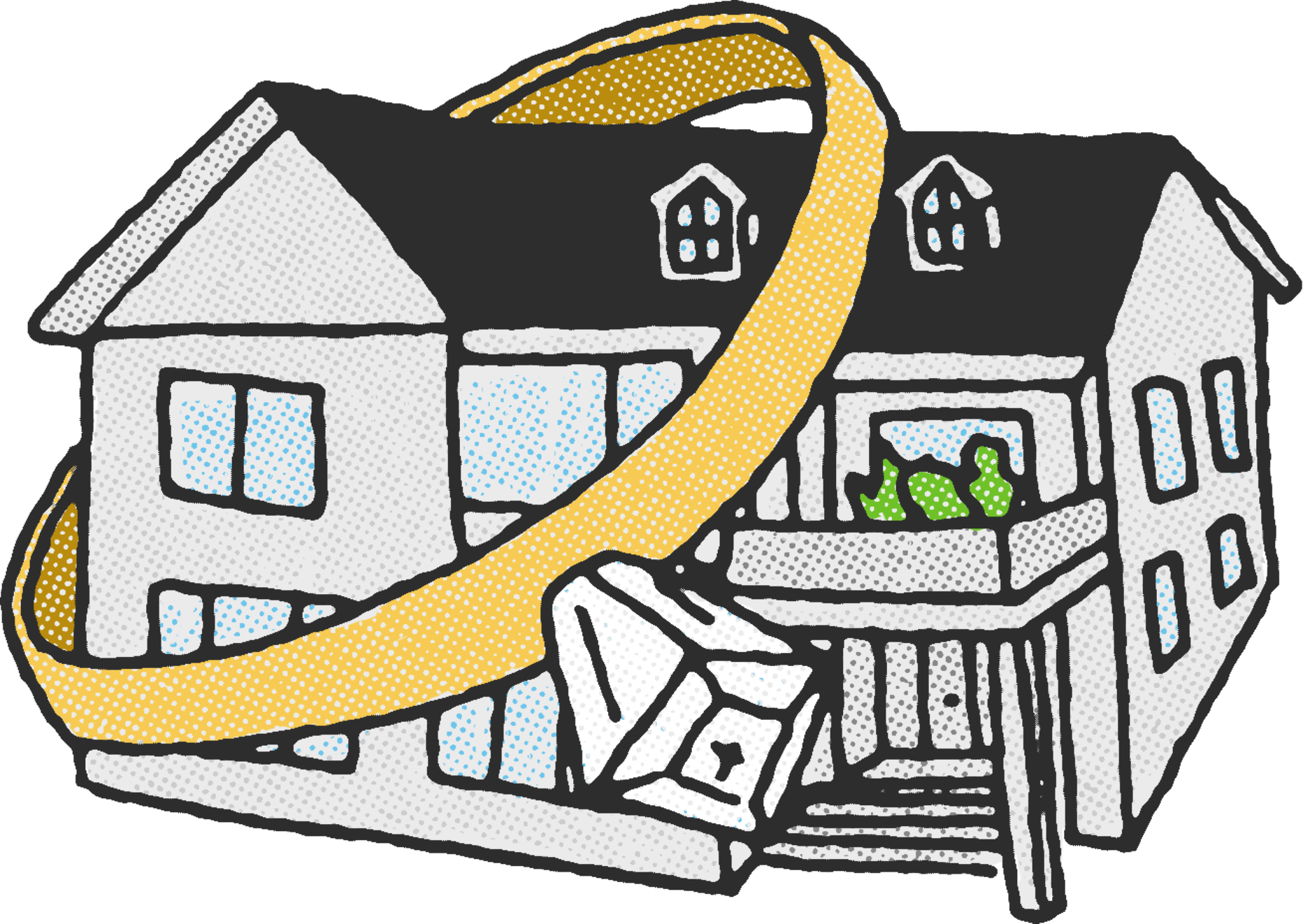 There is one word to exemplify the reason a reality show is worthy of your time: exposure. Actually, there is a precursor to that one word: free exposure. Generally speaking, in order to get on television, you have to join SAG-AFTRA. Joining the union, as you probably know, is not only an arduous process requiring legwork, but it’s also expensive. First-time membership fees in addition to annual dues add up exponentially, and being a member of the union doesn’t ensure in any way that you’ll actually get on television and make money that will pay off those dues. That’s not to say you shouldn’t join the union, of course—just that it’s a long-term process.

Reality shows are not affiliated with SAG, so any talent cast on them will be receiving whatever exposure they do get entirely free of financial cost. Think about that: Let’s say you are on a 12-episode series; that’s 12 hours of screen time—possibly network screen time—for which you paid exactly $0.

Additionally, another great advantage of a reality show is that, depending on your intention, you could receive coaching from a huge name or the best in the biz, again at the hefty price of nothing.

What are some popular reality shows?

If you’ve been sentient since around 2000, then you can probably name a dozen reality television shows off the top of your head without pause. For the purposes of this guide, we should make a distinction between the two main types: talent reality shows and personality-driven reality shows. The former, of course, revolve around a specific talent or skill and are generally competition-based. The latter, meanwhile, may revolve more so around human experiences and interactions, and frequently have a less tangible prize. See below for some examples of both:

Where do I find reality auditions? 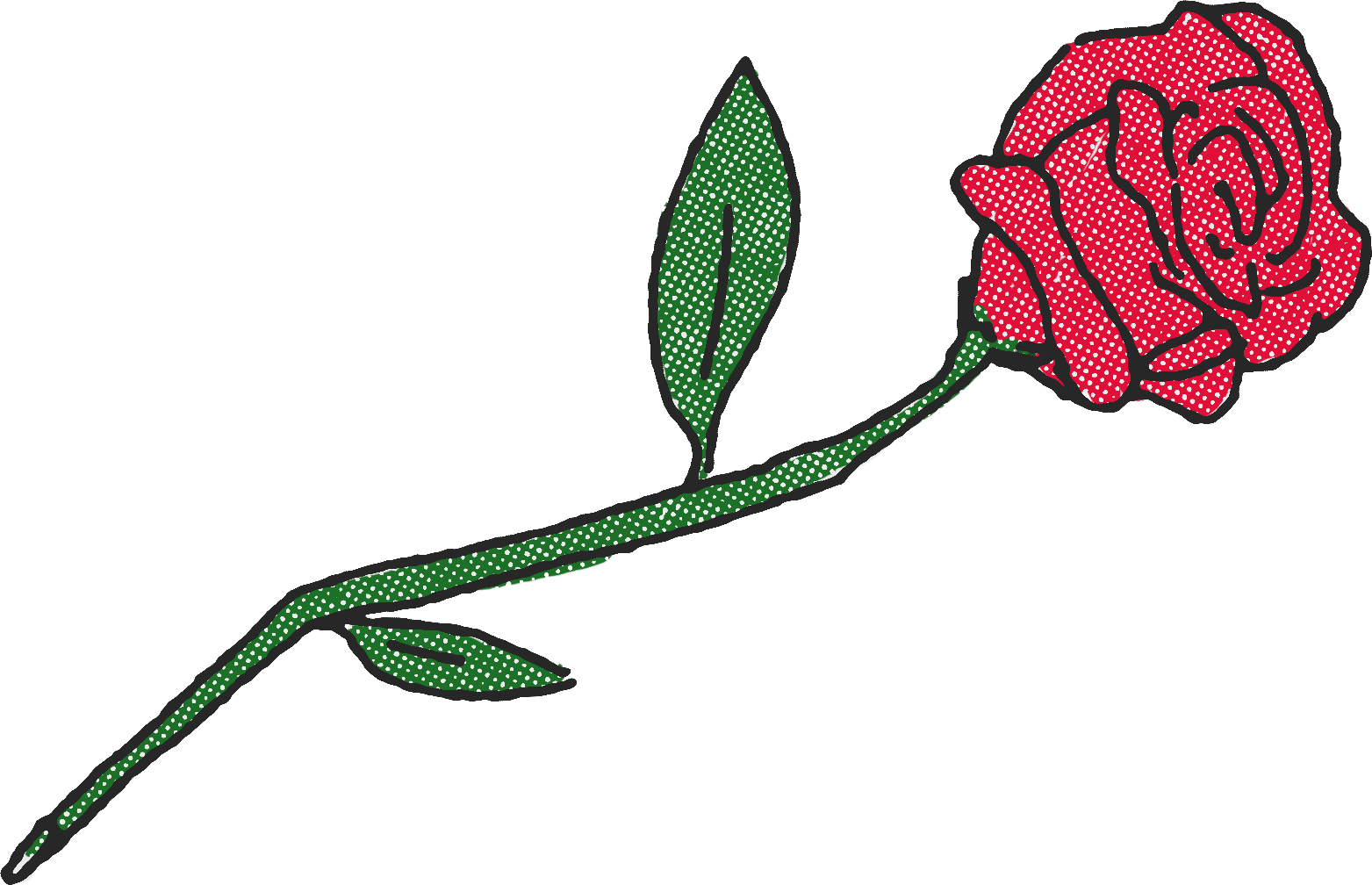 Well, since you’re already here, this would be a great time to mention that many reality shows cast through Backstage! In our casting notices, you can even use the “production type” filter to weed out specifically reality productions looking for talent like you—check out who’s casting right here and right now.

There are a number of other means to get cast on a reality show, too. First and foremost, most individual shows will have a system in place for you to self-submit. “Generally, you should look at the individual shows’ or networks’ websites,” says Gillian Heller, a former reality television casting producer who found talent for series including “Made” and “Chopped.” “They usually have a casting page where they’ll let you know about upcoming stuff they’re doing. You submit on there. If it’s a project in development, you may get a cold call or even a message on Instagram that will say, ‘Hey, I’m a casting producer on TLC,’ for example.”

Social media is also a highly popular—and legitimate—means for casting producers to find you. “If reality television is something you’re interested in and you do get hit up on Instagram or Twitter, always follow up because, more often than not, it’s going to be a legitimate person looking for talent rather than a scam,” says Heller. “Obviously, don’t give anyone your personal information, but that is a very real way that casting producers will find people for shows nowadays: Instagram, Snapchat, Twitter, social media in general.”

So, let’s say you’ve self-submitted and have been contacted by a show, or a casting producer has reached out to you about a potential reality show gig, and you’re taking them up on the offer. You’re definitely not hired on the spot, so what can you expect from the actual casting/audition process? First things first, it should be clarified that those who cast reality television are not the same individuals/agencies as those who cast scripted. This facet of the industry, Heller explains, is pretty separate.

“It depends on the show, but it’ll usually be one casting director, a casting producer,” she says. “The casting producer’s job is to produce the interviews—there are specific things they know the network is looking for and it’s their job to get the candidates to give them soundbites. It’s almost a pre-screening of how produce-able these people are going to be.”

The Skype interview will also be the talent’s first chance to begin to understand what they would be signing up for if they do in fact move forward. “You as the casting producer are not telling them you’re putting words in their mouth, but you’re going to tell them, ‘I’m going to listen to what you’re saying and find a produce-able version,’ ” says Heller. “The casting team will conduct a ton of Skype interviews and they edit them down, then they’re pitched to the network.They may have you do an additional Skype interview.”

Talent may also be subjected to what are called “Greenlights,” meaning either one or two people (a camera operator and a casting producer or just a field producer alone) will actually go out to the candidate’s environment and shoot with them for a day. “It’s not extensive, but that’s when they’ll want to meet your ‘B and C characters,’ meaning those who might be part of your story,” says Heller.

All the while as the casting process is progressing, talent should keep in mind that the production company will be conducting a very extensive background check on all prospective candidates “to make sure you’re not actually crazy—especially if you’re going to be living in a house with others,” Heller clarifies. “From there, the network will usually decide if they like you enough to move forward and actually cast you on the show, and that’s when you start talking about contracts and compensation.”

How should I present myself for my auditions? 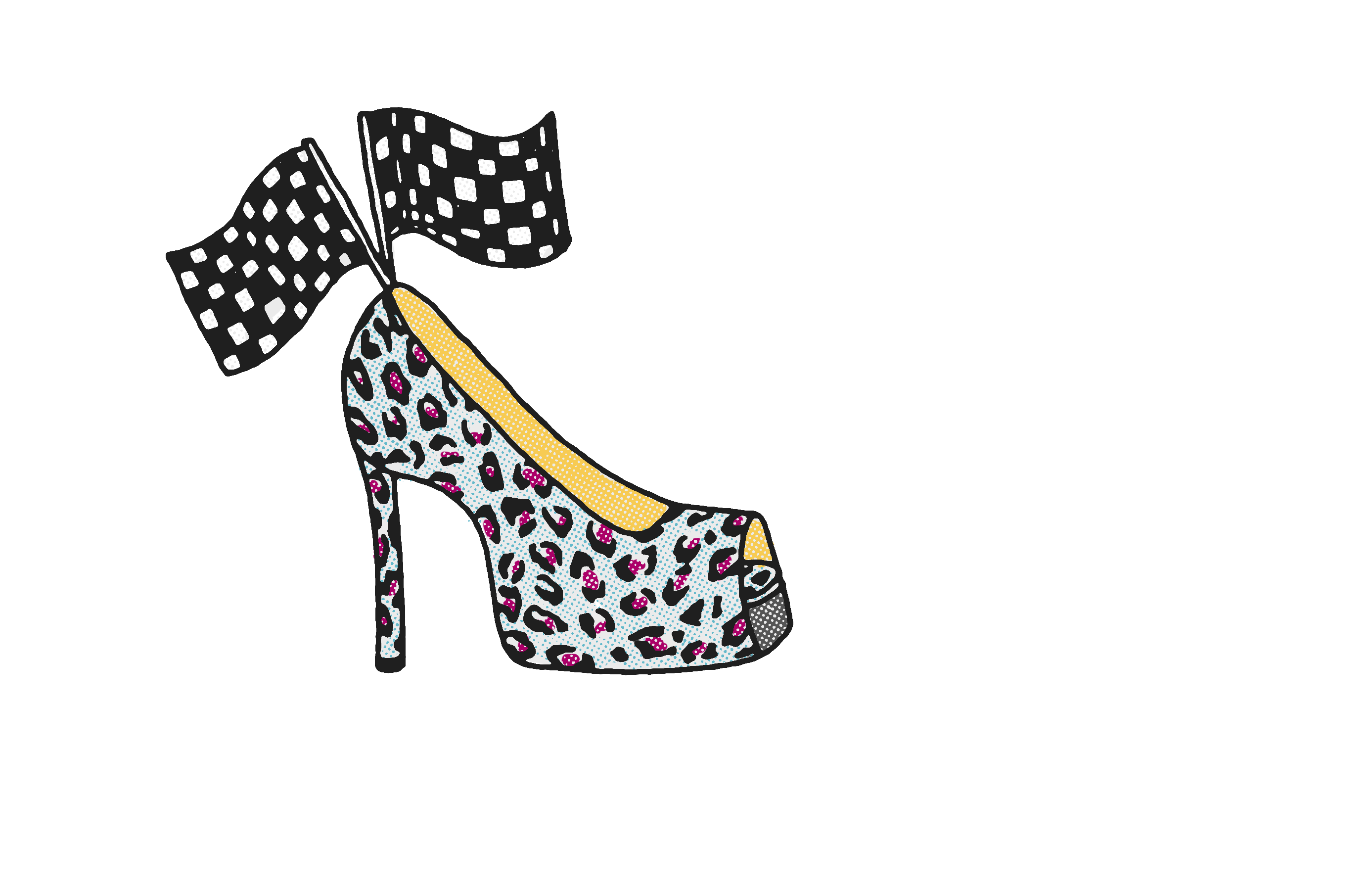 Since you’ve made it this far into this guide, it’s safe to assume you do in fact want to get cast on a reality show (or at least are curious how to actually do it), which means you’ll want to impress the people on the other side of the “table.” That table does not really exist in the literal sense when it comes to reality, but make no mistake, you are auditioning throughout this process.

From a technical and logistical standpoint, make sure no external variables interfere with your candidacy. “There isn’t typically an audition room,” says Heller. “Nine times out of 10, auditions will be those Skype interviews. To stand out, consider your setup: neutral background, very quiet space so you can actually be heard.”

Additionally, just as you would for an in-person audition for any gig, consider what you wear, how you’ll do your hair and makeup, and how you’ll generally present yourself. Also, despite the casual semantics, candidates should be highly aware that this is in fact an audition process. “Don’t wear any labels or product placement [in your Skype interview],” Keller advises. “Avoid stripes and wear something that will make you feel confident. Something that you would want to wear to stand out anywhere. Do your hair and makeup because network people will be seeing this. The best interviews are always the ones where people realize what it actually is: ‘Oh this is an audition and not just a chat.’ Even though we say ‘this is just a chat,’ this is a job interview, this is an audition.”

What are they looking for?

Now that you know how to nail your Skype auditions from a logistical standpoint, next comes the admittedly less tangible understanding of figuring out what exactly they’re looking for from you.

“Honestly, we’re looking for someone who doesn’t have to be prompted to speak very much, who can be guided with questions but they don’t need to be coached to give more than two-word answers,” says Heller. “The more you’re willing to open up, the better.”

Of course, this is reality television and ultimately, producers are looking for those who they can produce and make a story out of. Heller makes clear that, if you’re willing to tread tumultuous waters, it may be to your advantage. “Editing-wise, they can make anybody out to be the good or bad guy on the show,” says Heller. “If you’re willing to play ball, it’s much easier to get screen time. If you have no reservations about being ‘the bad guy,’ you definitely have a great shot at getting on TV.”

What can I expect once I’m cast?

If the producers and networks have deemed you a worthy candidate, congratulations, you’re going to be on a reality show! Now comes the nitty-gritty of contracts, NDAs, and all the other less glamorous aspects one doesn’t immediately associate with the gig. Also, in the age of social media, there are some pretty strict guidelines when it comes to sharing the exciting news, as your casting will usually not be made public for some time.

“Most shows will ask you to refrain from posting anything on social media until they clear you to do so,” says Heller. “That also means you need to be careful about who you tell in that regard, because you don’t know who might post about it without telling you.” Unsurprisingly, discretion will be a major tentpole of your contract throughout the entire process. “The main thing in the contract, especially if it’s competition-based, is that you don’t share results, you don’t talk about who went home.”

As far as the contracts themselves, they vary project to project, but there are some commonalities. “For projects-in-development, you’ll usually sign with the production company and not the actual network,” says Heller. “It will probably tie you in for a year so this way, if that specific project doesn’t move forward, they can get you involved with one of their other projects.”

In that vein, your contract may very likely include a clause prohibiting working with a competitor. “If its a contract with a production company, they may ask you to sign something that says you won’t reach out to other production companies to do something similarly,” says Heller. “Even if they don’t sell that show, you’re still bound to that project for a year; you can’t try to do the same show that didn’t sell on a different network.”

Can I do acting work after signing a reality contract?

Also in the business vein, you may be wondering if you’ll be able to do any acting gigs while under contract with a reality production. It’s, well, complicated.

“It depends, because it all comes down to competition between networks,” says Heller. “If it’s a non-competing network, you may be allowed, but it really just varies case to case.”

Additionally, talent should be aware that one facet of the contract also pertains to their likeness. “Part of the contract is always that we can use your face, voice, likeness to promote the show or the network in general,” says Heller. “So when they do a generic ABC commercial, they can use something you shot for ‘The Bachelor,’ even if the commercial itself is not promoting ‘The Bachelor.’ That’s written into your contract.”

Casey Mink
Casey Mink is the senior staff writer at Backstage. When she's not writing about television, film, or theater, she is definitely somewhere watching it.
END_OF_DOCUMENT_TOKEN_TO_BE_REPLACED