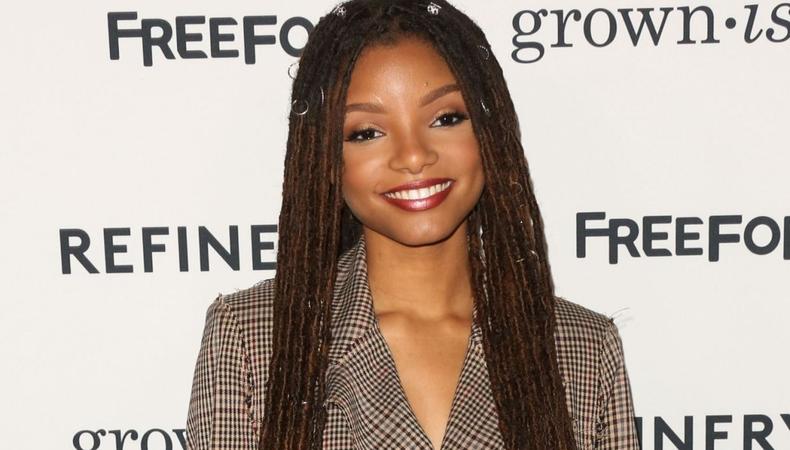 “The Little Mermaid”
On Friday, we reported on the recent rumors around Disney’s live-action “The Little Mermaid” casting. But over the holiday weekend, the internet was set abuzz with the news that Halle Bailey will become part of that world as Ariel. The “Grown-ish” actor and R&B singer as part of Chloe x Halle, a group she formed with her sister which opened for Beyoncé during her “Lemonade” tour, has been tapped to star in the live-action feature directed by Rob Marshall with updated music from Alan Menken and Lin-Manuel Miranda. The previously-rumored Akwafina and Jacob Tremblay have also seemed to have officially joined the cast, though Melissa McCarthy is still in talks. Francine Maisler is in charge of casting.

“The Lord of the Rings” Amazon Series
Get ready to head back into Middle-earth as we get close to the highly-anticipated “Lord of the Rings” Amazon series. “Jurassic World: Fallen Kingdom” director J.A. Bayona has been tapped to helm the series, as well as serve as executive producer with his producing partner Belén Atienza. The series has been developed by the writing team of JD Payne and Patrick McKay, and although little is known about the project at this point, it is expected to explore new storylines preceding “The Fellowship of the Ring.” Amazon Studios will head back to New Zealand to film the series, although it was originally planned to be shot in Scotland. Filming will begin during the latter half of this year. A casting director has yet to be announced.

“Midnight Mass”
With the success of Netflix’s “The Haunting of Hill House,” the streaming platform is going all in on building up the franchise—first, with the already-announced “The Haunting of Bly Manor,” which, as previously reported, will star Victoria Pedretti, and now, with “Midnight Mass.” “Hill House” creators Mike Flanagan and Trevor Macy will re-team for the newly-ordered seven-episode series, which will follow an isolated island community which experiences strange events after the arrival of a charismatic young priest. The new series is part of an overall deal the duo inked in February for what is being called “The Haunting” anthology. Engine Casting is the team behind “Hill House,” and they are returning for “Bly Manor.” They could also do so for “Midnight Mass.”

“The A List”
Netflix continues to expand its teen-centered catalog, this time with the pickup of British teen drama “The A List.” The series, produced by Lionsgate-backed Kindle Entertainment, centers on Mia (played by Lisa Ambalavanar), who arrives at summer camp expecting to be Queen Bee but instead, her idyllic holiday turns into a twisted nightmare with the arrival of the mysterious Amber (played by Ellie Duckles). A Netflix pickup is big for the future of the series, which has not yet announced a second season, but it will now be available to a global audience. The thriller also stars Rosie Dwyer, Jacob Dudman, Cian Barry, and Nneka Okoye. U.S.-UK casting team Kelly Mailey is attaching talent—keep an eye on their Los Angeles and London offices if a second season is announced.

“Fatherhood”
Netflix’s “She’s Gotta Have It” star DeWanda Wise will join Kevin Hart in Sony’s upcoming dramedy “Fatherhood.” Based on Matthew Logelin’s book “Two Kisses for Maddy,” the film will follow a father who brings up his baby girl as a single dad after the unexpected death of his wife who died a day after their daughter’s birth. Alfre Woodard, Lil Rel Howery, Anthony Carrigan, Melody Hurd, Paul Reiser, and Deborah Ayorinde are also in the cast. The film will be directed by Paul Weitz and adapted by Dana Stevens with the current draft by Weitz. It is expected out next year. Kim Coleman is in charge of casting.