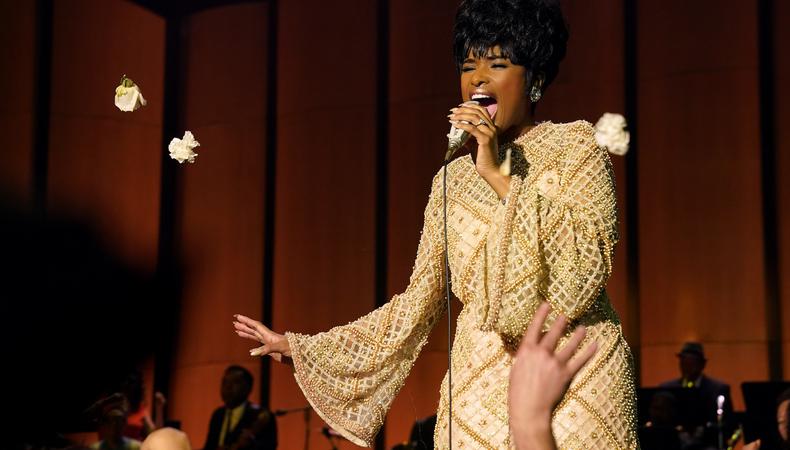 This sponsored story and video are brought to you by MGM’s “Respect,” starring Jennifer Hudson.

It's no small feat to play a cultural figure as towering and iconic as Aretha Franklin. But with Jennifer Hudson in their corner, “Respect” director Liesl Tommy and screenwriter Tracey Scott Wilson were in good hands. The film traces Franklin’s upbringing as a Detroit minister’s daughter who’s profoundly impacted by familial tragedy, on through to an adulthood of ascendant stardom and the struggle to assert creative and personal agency.

Considering the Queen of Soul herself hand-picked Hudson for the role 15 years ago, there was little doubt that Hudson possessed the show-stopping pipes to pick up Franklin’s mic. Her Oscar-winning turn in “Dreamgirls” showed that she could ably convey a spectrum of emotion and backstory through song. “Respect” is a testament to Hudson’s evolution as an artist. She thoroughly embodies both the larger-than-life performer onstage and the complicated human offstage, navigating toxic relationships, family strife, and a contentious political awakening.

In the video above, Hudson shares her experiences on the project in this intimate conversation with Academy Award winner and screen legend Viola Davis. Calling “Respect” the most personal project of her career, Hudson details the challenges of portraying a real-life figure who is universally known. She had to expand not only her acting range, but her musical abilities, too, in order to strip away the famous persona and find the real person underneath. Hudson tells Davis how she drew from both her own traumas and her conversations with Franklin, who encouraged her to “own her voice.” And it’s clear Hudson did just that. She commands “Respect.”