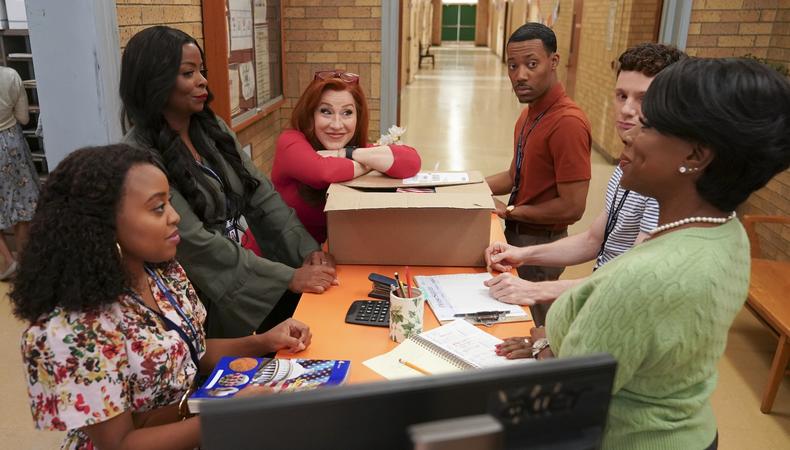 The hit Emmy-winning sitcom “Abbott Elementary”—starring Buzzfeed star-turned-actor Quinta Brunson—is currently casting background talent. Along with the direct notice, we also rounded up some other mockumentaries for you to check out. If you want to appear on “Abbott Elementary” or a similar project, apply to one of these gigs today.

Casting is underway for Season 2 of the hit ABC sitcom “Abbott Elementary.” A young Black actor who uses a wheelchair, aged 6–8, is wanted for a recurring featured background role. Filming will take place at Warner Bros. Studios in Burbank, California. Pay is $128 for eight hours of work for nonunion talent and $187 for eight hours of work for union talent, plus overtime (if applicable) and a COVID-19 testing stipend for all.

This indie short film follows Augusta Wilde, a woman who devises a bunch of hair-brained schemes to save her small-town retirement home from closure. The project is casting a white female actor, aged 70+,to play Augusta, as well as multiple day player roles. It shoots from Sep. 30–Oct. 2 in Columbus and Austin, Texas. Pay is $50–$600 for 3 days of work. Meals provided.

This mockumentary-style student film is looking for a female performer with improv skills, aged 22–30, to play the supporting role of Stacey. Shoots end of Sept. in Westchester, New York. Pays $150 for 1 day of work, plus meals.

This corporate video is based on the true stories of two community schools and seeks multiple actors to play teachers and school staff. The project is looking for a Black male actor, aged 30–60, to play middle school teacher Mr. Jones; a white female actor, aged 30–60, to play elementary school teacher Ms. Webber; as well as talent to play food service workers, custodians, etc. Shoots Sept. 24–25, Oct. 1–2, and Oct. 8–9 in Pittsburgh and Washington, D.C. Pays $150–$600 to 2 days of work.