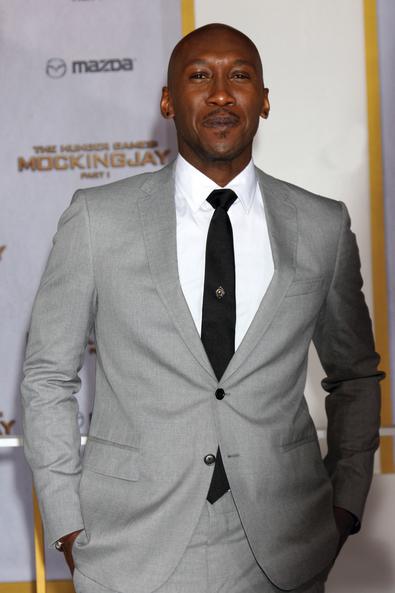 The “Hunger Games: Mockingjay” actor chats with Backstage about his theater beginnings, his advice for his younger self, and the part he definitely didn’t get in “Game of Thrones.” He also drops some (spoiler-free!) hints about his character Remy’s return to “House of Cards” Season 3, which premieres Feb. 27.

What can you tell us about “House of Cards” Season 3?
I think in the first season we got to see how Remy operates just as a lobbyist. The second season introduced a relationship for Remy, and you got to peek inside how he thinks as a man. What I feel comfortable sharing about Season 3 is he ends up landing somewhere. He has a new job. We get to see a little bit further into what he’s going through as a man emotionally. You kind of get to see what he’s experiencing trying to balance a job and relationship, certain things he really wants for himself in life. That’s always a really wonderful challenge as an actor.

What have you learned about yourself playing Remy?
I’ve learned to continue to dig, to flesh certain things out. If you’re not careful as an actor, you can find yourself, at a certain point, a little bit bored. What I appreciate about Remy is you’re forced to shake it up and wake up, to continue to search and ask questions and just be truthful. Otherwise you’re going to hit false notes.

Who do you have an acting crush on?
Goodness gracious. I really love Tom Hardy. He makes really interesting choices. I think Don Cheadle has always done great work. Viola Davis is a perfect example of somebody who’s so much better than the parts she has the opportunity to play. She took that eight-minute part [in “Doubt”] and gave her career a second life because people were forced to look at her in a different way. It was amazing for me to work on “Mockingjay” just because there were so many actors that I really love: Julianne Moore, who’s one of my favorites, and Philip Seymour Hoffman, who was phenomenal to watch picking things apart.

What was your worst survival job?
Before I got into grad school I used to work as a deck hand on these ferry boats in San Francisco, and they did day tours. It wasn’t a bad job. I made decent money. But you were sitting down all day, tying up the boat, wiping it down. For some guys that’s a dream job, but for me it was kind of torture.

What do you wish you’d known before you started acting?
The thing I wish I’d known probably 15 years ago was just to relax a little bit. I don’t want to say I took myself too seriously, but I put a lot of pressure on myself coming out of school. I saw so many people leave the business behind; certain opportunities disappear for folks who had to go into other professions. That kind of terrified me. As a result, I wanted things to happen really quickly. I could have saved myself a lot of anxiety if I had just relaxed.

What is your worst audition horror story?
I went in for “Game of Thrones” for a really solid part. I practiced with a chair, making some choices—I felt like the character was very regal—how I sat in the chair, crossed my legs. You never know when you walk into the room if the chair will have arms on it or not. I had practiced it both ways.

So I’m in the HBO building and it looks like the inside of an iPod. Whatever the inside of an iPod looks like, that’s the inside of the HBO building. I walked in the room and they had two stools, a stool for the casting director and for me. There are no other chairs in the room. For whatever reason, I just felt like it would have been inappropriate for me to ask for a different chair. So I sit in the stool, it had no back to it, and everything I’d worked on went out the window. My feet were dangling from the stool. And afterward she was like, “Yeah, you’ve got to loosen him up.... He’s a little stiff.”

So how do you typically prepare for an audition?
I look for an in with characters and make it about being truthful and connecting to that character in a centered way. Sometimes the in with a character is really getting through your physical choices, how you might sit, how you carry your body. If the stakes are really high, you need to lean forward a little bit so your thoughts arrive more urgently. I assume you have to really go in and be extraordinarily prepared.

How did you get your Equity card?
I got my Equity card right out of NYU grad school in 2000, doing “The Great White Hope” at Arena Stage. I played Jack Jefferson. It was an amazing part to walk into, to carry that responsibility for that amount of time. The challenges and the breadth of that role were pretty amazing. Coming out of school and booking some things right away, I kind of felt like, this is how it’s supposed to happen! Now I appreciate how difficult certain things can be, especially as you work to move up and consistently be a part of great projects.

Which of your performances has left a lasting mark on you?
I would say “The Great White Hope.” Getting to do that part, the responsibility for carrying that show at that age. James Earl Jones had originated the part at Arena Stage in 1967, it went on to Broadway and a film, etc. I felt a lot of pressure but I was more focused for that job than any other thing I’ve gotten to do in any area of my life. It paid off because I got to clue into what was possible to experience as an actor. That kind of role—they don’t get more complicated than that character. It was much bigger than me; I needed a lot of help. But it read truthfully and that’s always the goal.

Moving forward it’s almost like that was my first high and I’ve been chasing that since. In Hollywood the opportunities are different. Theater will cast in a more open way; Denzel Washington might play Richard III. Television and film don’t really cast openly like that. The theater world has always been a leader in diversity. So having gone from being trained in theater, getting to play all sorts of parts in grad school, to film and television… how they think of folks can be fairly narrow. To know it’s possible for me to experience a character who is three-dimensional and who happens to be black, you end up chasing that. Getting to that place where you get to do that on a consistent basis is really where the challenge lies.

Jack Smart
Jack Smart is the awards editor at Backstage, where he covers all things Emmy, SAG, Oscar, and Tony Awards. He also produces and hosts Backstage’s awards podcast “In the Envelope” and has interviewed some of the biggest stars of stage and screen.
END_OF_DOCUMENT_TOKEN_TO_BE_REPLACED