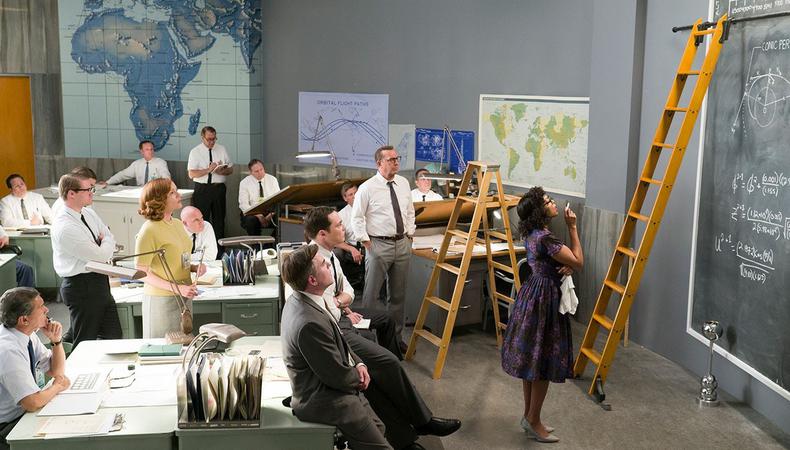 The set dresser is the individual who creates a “lived-in” quality for every scene by preparing, picking up, and delivering an assortment of props, decor items, materials and furniture for the set, all in accordance with the visions of the production designer and set decorator. It’s largely on the shoulders of the set dresser to help make the world of each film feel convincing to the audience and adjust the look of a location to suit the tone of the project.

“Usually we come into either a rented room that we empty out, and then start to put in the carpeting, the paintings, the sofas, the ashtrays, the cigarette butts, the newspapers and everything that makes it look like whatever it’s supposed to be and that it has been used as such,” explains John Lister (“The Matrix”). “I like it because you have more input into the movie—you’re actually doing something that usually shows up on the screen.”

Working under the supervision of the production designer and set decorator, the set dresser is responsible for reading the script, conducting extensive research on all the settings/locations, conversing often with the director and others in the art department to lock down desired visuals, and selecting the appropriate items under the confines of the budget. They’re in charge of storing and placing all dressings, maintenance and repairs, and keeping track of the inventory.

While set dressers handle the placement of everything before cameras roll, it’s the job of the on-set dresser to supervise the props and decorations during principal photography, moving them around to accommodate the lighting and camera crews, making sure they’re in their proper locations according to the script, and keeping track of continuity. However, depending on the size of the production, it’s common for these roles to be consolidated to one person. At the end of shooting, the set dresser helps with the return of any rented props and inventory cleanup/organization.

The set dresser reports directly to the set decorator, production designer, and/or lead dresser, but is also guided by members of the art, set decoration, and prop teams. At the end of the day, the set dresser’s number one mission is to help bring the director’s vision to the screen, one table, chair, desk, lamp, poster, framed picture, period-accurate cup in a Western at a time.

The average annual salary for a set dresser working in the film industry is more than $75,000, with those in the higher percentile making much more.

How to Become a Set Dresser

Most set dressers start out as production assistants and work their way up, most commonly in various roles within the art and props department (as an art department assistant, for instance). It’s common for a set dresser to advance to the job of a leadman and then a set decorator before becoming a production designer.

“You must work to get yourself hired for each project,” says film set dresser Helen Rasmussen (“The Last Samurai”). “My first job was a ‘word of mouth’ recommendation. In my experience, the film business progresses in this way: you begin as an assistant in any department—hopefully one that interests you—and see how the process works. Then, you work hard and are reliable, and people remember. They remember even more if you are not reliable.”

The job consists of long days that can include overnight shoots and requires a strong passion for the work. The work of a set dresser is often overlooked and yet, if the audience doesn’t see anything that sticks out in the background of a scene, it’s generally a good thing as they’re fully immersed in the world that the set dresser helped create.

Rassmussen continued, “I can’t say [that I had] an immediate inspiration to dress sets. There was a progression from work in theatre and commercial photography. Finding the perfect rug, lamp, or making a flower arrangement for a shot, my expansion of practical and creative skills, and [the knowledge] of the tools needed to make something look a certain way for the camera: all of this got me more interested in how that happens in film.”

A set dresser must have strong attention to detail, a great visual eye, a knack for research, history, and different settings, a Rolodex of thrift stores/antique shops/prop houses at the ready, and an ability to track things down, multitask, think/work quickly, and collaborate with a wide variety of people (and departments) in a day. As with any on-set job, a vast knowledge of the production process is extremely helpful. While a formal education isn’t required, a set dresser with degrees in film production or theatrical design or interior design, or a field related to these, is at an advantage once he or she starts working.