How to Become a Production Assistant 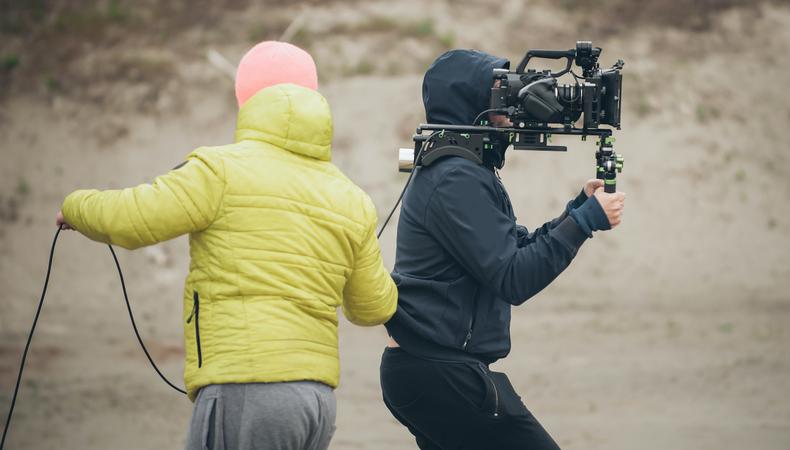 While it’s a demanding entry-level film job, becoming a production assistant (PA) is a great way to begin your career in the film and TV world. The role is essentially a launching pad for someone who’s serious about working in the industry, as it provides an up-close view of how a production runs.

Whether you’re hoping to climb the ladder and pursue bigger and better crew jobs or are just passionate about filmmaking in general, becoming a PA is a great first step. Most industry veterans who specialize in specific areas of production began in an assistant capacity, after all.

What Does a Production Assistant Do?

A production assistant provides support on set where it's needed, doing a a huge variety of tasks throughout a shoot. A PAs job can include moving equipment, managing background actors, escorting actors to and from their trailers, delivering hard drives of footage to editors, handing out scripts and shooting schedules, organizing paperwork, cleaning up the set, and taking coffee orders, among other things.

Put another way, he production assistant is on set to do whatever is needed in the moment that other crew members don’t have the capacity to worry about. They regularly bounce between the production’s numerous departments and have the opportunity to wear many different hats on a set—if the art department needs a hand dressing the set, the PA becomes a set dresser; if the costume department has an assortment of clothes that needs labeling, the PA jumps over to that job.

“When someone calls ‘all hands on deck!’ those are the hands that arrive,” according to Kaitlin Cornell, a PA for Marvel Entertainment. “Personally, I’ve had a wide variety of odd jobs, from office work to making sure that shipments go out on time to just plain old sweeping. If you start as a [PA] then that’s the baseline for breaking in as a crew person. No matter what department, they all need PAs.”

Depending on the production size, there are three main types of PAs:

A Day in the Life of a Production Assistant

A production assistant’s responsibilities change almost hourly, and are generally dictated by key PAs, assistant directors (ADs), and heads of individual departments. The only guarantee is that you’ll be waking up early, on your feet, juggling many different tasks on a daily basis, and getting lots of use out of your “walkies.” There’s no getting around a hectic schedule full of long hours and sometimes-stressful conditions. But there’s also never a dull moment, and you’ll play an integral part in bringing stories to life on screen.

For a day in the life of a set PA on a feature film, be sure to read this PA’s hour-by-hour breakdown, detailing everything done from a 4:20 a.m. wake-up to lunch at 1 p.m.

How to Find Production Assistant Jobs

Production teams rely heavily on recommendations and networking when it comes to hiring PAs. But depending on your location, projects should be easy to find, especially with the advent of job boards like Backstage and Mandy, and social media groups like Film Production & Jobs and Paid Film/TV Production Jobs: Los Angeles Area. Bookmark sites that post the kinds of jobs you’re looking for and check them regularly. If you’re serious about rising from a production assistant to an industry professional, Los Angeles, New York City, and Atlanta are where you want to be for the best opportunities.

Remember that applying to crew jobs requires the same professionalism as any other profession: submit with every application a polished résumé and cover letter, both of which should make clear you’re looking for PA work.

Another route to landing production assistant jobs is via internships and trainee programs. Instead of being thrown into the deep end of a film set, a film production training program enables aspiring PAs to get their bearings—and facilitate potential professional connections with fellow interns and program directors. Where to look for such internships? Most major Hollywood studios and entertainment unions include PA training in their overall internships, and general job sites like Internships.com and Barefoot Student can be reliable resources.

There’s no one way to get a PA job, but networking and putting yourself out there are crucial first steps. The go-to advice for those who want to be directors, DPs, production designers, costume designers, gaffers, and just about every film crew job is to start out as a PA.

How to Network as a Production Assistant

It can’t be stressed enough how, in order to advance as a production assistant and get more work, you must network and make connections. Cornell advises, “If someone is interested in PA work, they should let their friends and family in the area know that they are looking for work.... Opportunities often come from odd connections. I was looking for a solid production assistant job for about six months when my old roommate’s boyfriend mentioned that the production company he worked for was looking to hire a PA. A person doesn’t need to be union, just recommended by someone who has a connection to whoever is hiring. Often when a post goes up on a hiring website there are so many people that apply, it’s the people with connections who get interviewed and potentially hired first.” 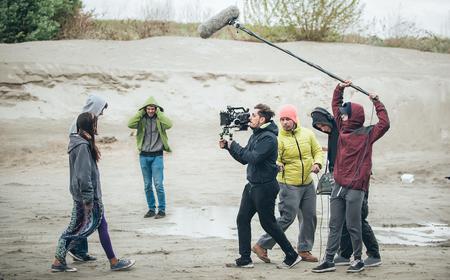 U.K.-based production manager Aimee Wheelan began her career as a PA and continued to “get jobs through recommendations of people [she] worked with, either working with them again or going to a new production with a new team.” She says, “Networking is important, but so is your reliability and skill; people want to work with someone that comes recommended. We work long hours so it’s important to have a team that works well together and supports one another.”

Jordan P. Anderson, a cinematographer, content strategist, and former production assistant, echoes this sentiment. “The PA is the lowest position so that means it’s the most expendable. If a PA is acting up, if a PA is bringing down the whole cast and crew or distracting them somehow, or interrupting the process, I have no problem firing a PA.... But a good PA can really help the production move forward. Be an active participant on set, but at the same time, don’t be in the way.”

READ MORE: How to Find a Production Assistant Job, According to an Actor

More than anything, you need to be incredibly hard-working to be a good production assistant. It’s important to be reliable, available, and positive, and to have strong communication skills. Asking questions and having a concrete understanding of your tasks in the midst of a hectic shooting day is extremely important. PAs in the field should also be in reasonably good physical shape, as you will have to stand around for hours on end and occasionally serve as a set runner—meaning you literally are running from one place to another on set for various reasons.

While many PAs have degrees in film, the best training ground is the set itself. Even so, preliminary film production training would be wise to consider, especially if your goal as a PA is to maneuver into a specific department. Many develop their production skills working on their friends’ short films, student and/or independent films, commercials, or college TV stations, or at internships.

Additionally, there are PA workshops and boot camps that strive to prepare you with firsthand experience and familiarity with the kind of work expected on set, including the “Made in NY” PA Training Program (NYC) and P.A. Boot Camp (L.A.). “The program itself offers four weeks of job training in-classroom,” says Venus Anderson, the administrator of “Made in NY” PA Training Program. “We teach them set etiquette, how to work as a freelancer in New York City, how to save money, [and] the general duties of a production assistant.”

The common advancement from production assistant is to become the key PA, who supervises and manages the team of PAs and reports directly to the assistant directors and production manager. Then, they might climb the ladder within the AD’s department or, if they have a knack for production, might ascend to production manager, line producer, or creative producer. Over the course of the job, they might gravitate toward camera operation, special effects makeup, or foley work. PAs who have put in the hours and hard work commonly have the ability to request working in certain departments where they can shadow and learn from industry professionals.

Regardless of the chosen path, being a production assistant helps narrow down exactly what one wants to do in the industry. “Being a PA gives you the freedom to be a sponge and soak up knowledge from talented individuals around you,” says JP Erickson, a PA and assistant cameraman.

What is the Average Production Assistant's Salary?

Production assistants make an average of around $34,000 annually, but pay varies on a project-to-project basis. It’s common for PAs on feature films and TV shows to make between $200 and $250 per 12-hour day. Those working on independent films or music videos might expect between $150 and $200 per 12-hour day.

In this job, the real compensation is the hands-on experience and the contacts you make with industry professionals.

Production assistants are not represented by a union, which means their responsibilities can vary greatly depending on whether a production is union or non-union. On a union production, every single job is highly regulated by its agreement with a union (or unions), which means a PA would have less variety in their duties. A non-union production can ask a PA to perform any number of jobs at any level (within reason).