7 Tips on Staying in the Moment from Christiane Seidel 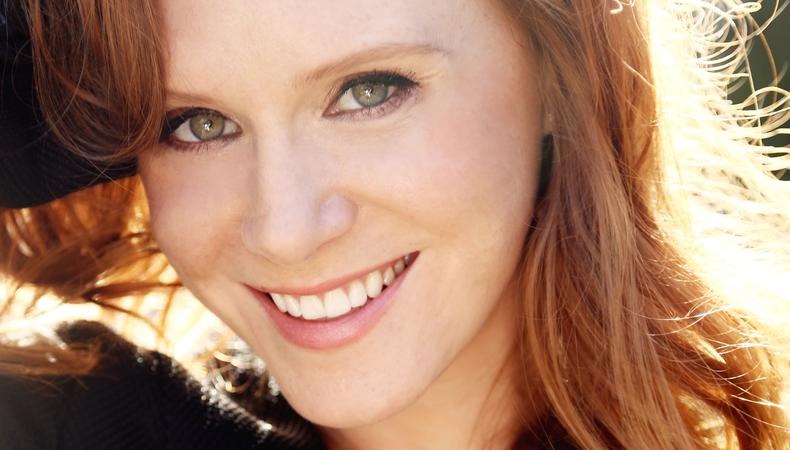 Christiane Seidel’s parents took a long time to realize that this acting career she decided to pursue would actually pay off. It’s not that they weren’t supportive. But, like most parents, they wanted their daughter to travel down a more secure path. “For them, it was very scary,” Seidel says. “No one in my family is in the industry. So they were concerned for me. They just kept waiting for the moment when I’d decide to have a real job.”

Things changed one night when her parents turned on their television and caught their daughter in an episode of “Law and Order: SVU.” “They live in Germany, so they saw it in German! My character was covered in tattoos, and my voice was dubbed, so I didn’t look or sound like myself. But that was the moment when they relaxed. They said, ‘Oh, there’s something there. This can work out!’ ”

Since then, things have “worked out” for Seidel pretty well. On Sept. 8, she returns for her third season as Sigrid on HBO’s hit series “Boardwalk Empire.” On the eve of the Season 4 premiere, Seidel tells us about auditioning, studying, and what she’s learned from Michael Shannon.

Just because she’s on a hit television series doesn’t mean Seidel has stopped studying. “As an actor, you have to continuously evolve,” she says, pointing to the opportunities classes give her that she doesn’t find on set. “In class, I can experiment and try things that I just can’t do on a job. I get to push and play roles that I wouldn’t necessarily get cast for.” But class isn’t always about learning and perfecting new skills. It’s also about the environment. “It’s very inspiring to work with talented actors in class. We can try things together and really learn from one another.” Moreover, class gives Seidel the opportunity to keep acting even when she may not be working. “If you’re auditioning, and you don’t get the part, you may not feel like you’re an actor. But when you go to class, you’re acting all the time.”

“One of the things that I still have to tell myself all the time is that if you don’t get the job, it really has nothing to do with you,” Seidel says of the audition process. “It took me awhile to understand that, because every time I didn’t get the job I felt rejected. Like something was wrong with me.” Of course, that wasn’t the case. And for Seidel, learning to be confident and not take things personally has allowed her to win some jobs after losing others. “Casting directors might know the moment you walk in that you’re actually not right for one part, but perfect for another. The most important thing is to be as prepared as possible, go in the room, and do your work. You have no control over them. Just come in as who you are. And if you’re called back, return and do the same thing. Don’t go off track. That’s what they’re really looking for.”

Be prepared to be flexible

Character preparation is important work for any actor, but it’s not everything. “Stay open,” Seidel says. “Sure, stay true to the circumstances in the script and the information from the story. You can’t just improvise everything. But you can’t have a fixed performance, either.” That means not being so attached to the work you’ve done before, allowing room for adjustments. “Sometimes I’ve prepared really well, have an understanding of stakes, and what my character is trying to achieve. And then a director will give an adjustment, and I’m so attached to my preparation that I freeze up. I’ve learned to let go and be in the moment and really listen to what this person is saying. Connect to your scene partner or reader, and allow for new discoveries that happen in the moment.”

“The set can be a chaotic place,” says Seidel. “There are so many people around, and you can get really distracted by that. But one of the things I learned from Michael Shannon [who plays Seidel’s character’s husband on “Boardwalk Empire”] is to really stay focused. He doesn’t get diverted. And you really need an actor to ground you in the scene amongst all that chaos.” Seidel continues to praise Shannon’s focus, which carries over even when he’s not on camera. “You hear all these stories about actors who, when it’s your turn for a close-up shot, will leave you talking to a wall. But [Shannon] gives 100 percent during every take.”

The devil is in the details

Characters aren’t brought to life by actors alone. Costume designers, set dressers, hair and makeup—they can all have a say about who your character becomes. On “Boardwalk Empire,” Seidel has learned to pay attention to those details. “I learned that from Michael Shannon,” she says. “He really thinks about everything. ‘What about this prop and that prop and do I really need to wear this jacket now?’ It’s very important that every little detail is in tune, working with this character.” After all, details helped get Seidel cast in the first place. “I had just come off a play set in a similar time period, so I wore a long skirt and did my hair in a time-appropriate way and really prepared my accent.” It worked!

Love your character…even if she does some unlovable things

On “Boardwalk Empire,” Seidel’s character Sigrid Mueller has been known to make some rash decisions. But no matter how crazy those actions may be, Seidel says it’s important to love her unconditionally. “She’s a strong woman who really goes for what she wants,” she explains. “She’s so determined. She wants the American Dream, more than anything. And she’ll do anything to achieve that—even standing behind her man no matter what. I admire her for that.” “No matter what” has meant doing some illegal things in the past, and this season seems no different. But Seidel puts all personal judgment aside. “In Sigrid’s heart, she’s making the right choices. Her motivation is pure. And that’s why you root for her.”

“When I first got cast on ‘Boardwalk Empire’ [Season 2], it was as ‘possible recurring.’ So I thought maybe I’d do one or two episodes,” Seidel says. “I’m so grateful three seasons later, Sigrid is still here! And while I don’t feel like, ‘Oh, all right, now I can lean back and relax,’ it never becomes less exciting.”