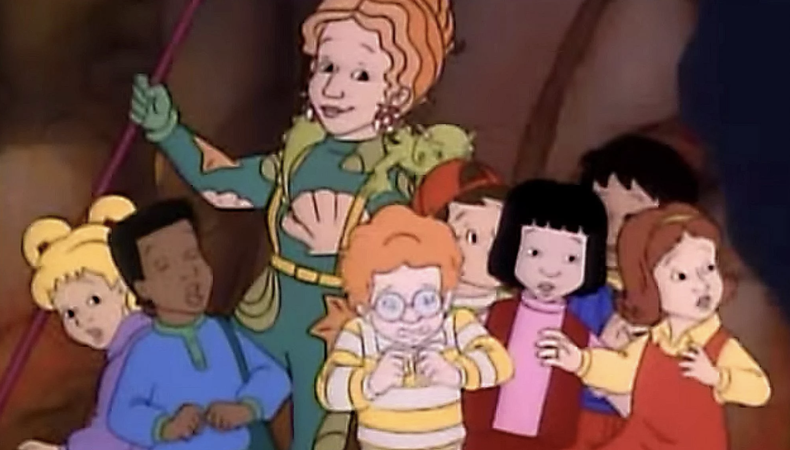 “The Magic School Bus”
Time to reboard the Magic School Bus! Last week, it was announced that Elizabeth Banks will be playing the role of the iconic Ms. Frizzle in an upcoming live-action movie adaptation of the classic television animated series. Based on the Scholastic book series by author Joanna Cole, “Magic School Bus” follows Ms. Frizzle and her class as they go on field trips in their yellow school bus that transforms into a plane, submarine, spaceship, or surfboard. In addition to starring, Banks will also produce the film. No director or additional casting has been named.

“Nine Perfect Strangers”
The cast of “Nine Perfect Strangers” continues to become even more perfect. Recently joining the all-star Hulu series ensemble that already includes Manny Jacinto, Nicole Kidman, and Melissa McCarthy is Luke Evans. Based on “Big Little Lies” author Liane Moriarty’s latest book, the story takes place at a boutique health-and-wellness resort that promises healing and transformation as nine stressed city dwellers try to get on a path to a better way of living. Evans will play Lars, one of the titular strangers. David E. Kelley will write the series with John Henry Butterworth and Samantha Strauss and will also co-showrun with Butterworth. David Rubin is the casting director.

“Virunga”
Leonardo DiCaprio and Barry Jenkins are taking on the king of the jungle. The actor and writer are teaming up for a Netflix movie adaptation of the Oscar-nominated documentary “Virunga.” DiCaprio is producing with Jennifer Davisson and Phillip Watson for Appian Way with Jenkins writing the story, which, like the documentary, will at least center in part on the battle to save the Congo’s endangered mountain gorillas. Netflix bought the rights to the documentary back in 2014, but it is just now starting to get off the ground.

“Lee”
Oscar nominee Ellen Kuras will shift from feature documentary to biopic with her next big project. “The Betrayal” helmer Kuras will direct Kate Winslet as Vogue cover model-turned-war correspondent Lee Miller in “Lee.” Liz Hannah (“The Post,” “Long Shot”) will adapt the story from Anthony Penrose’s book “The Lives of Lee Miller” and will also executive produce. Winslet has reportedly been attached to the project for a while, but no other casting has been announced.

“The Come Up”
After garnering his first Oscar for the animated short film “Hair Love,” Matthew Cherry has set his next project at New Line. Cherry will helm the original comedy “The Come Up,” as reported first by Deadline. Michael Starrbury (“When They See Us”) will pen the story from an original idea by Jermaine Fowler (“Coming 2 America,” “Sorry to Bother You”). Lil Rel Howery, Keith Lucas, and Kenneth Lucas have so far joined the cast.

“Mothering Sunday”
An all-star cast of U.K. actors is coming together for “Mothering Sunday,” a new drama from “Carol” producers Number 9 Films. Along with Odessa Young, Josh O’Connor, Olivia Colman, and Colin Firth will star in the project, which is set over one day in 1924 when Jane Fairchild (played by Young), the maid in the Niven household who has the day to celebrate Mothering Sunday, a bittersweet day off for Jane. Eva Husson (“Girls Of The Sun”) will direct from “Succession” and “Normal People” scribe Alice Birch’s adaptation of Graham Swift’s acclaimed novel of the same name. Husson has previously worked with El Amrani Bahijja as her casting director for multiple projects, but it is unclear who she will work with for this new project.