The Actor’s Guide to Hammersmith 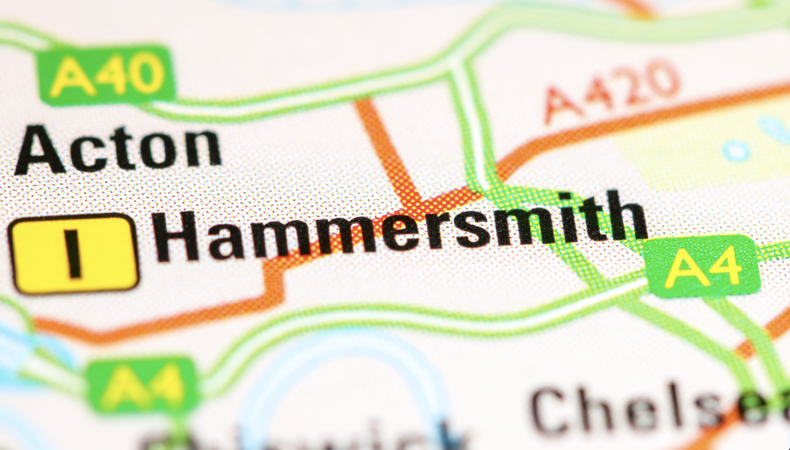 Hammersmith is a place of contrasts. On the one hand, it’s a bustling, cosmopolitan melting pot with a thriving high street peppered with independent businesses and two giants of theatre and performance: the Lyric and the Apollo. Add to this the A4 trunk road that dissects Hammersmith, and the steady thrum of traffic heading west out of London, and it can have an air of restlessness. In contrast to this are lazy Thames walks with pints on the river in a fine assortment of old English pubs; and Brackenbury Village, with its artisan coffee shops and traditional bakers.

On Thursday and Friday afternoons, Lyric Square Market has world foods and a thriving farmers market, and if the bustle gets too much, you are perfectly positioned to make an escape from the city on the A4 towards Heathrow.

When it comes to the live arts, Hammersmith goes big or goes home. The Eventim Apollo is a magnificent Art Deco theatre built as a cinema in 1932. As a live music venue, it has seen artists such as The Beatles, The Rolling Stones, and Bob Marley perform on its stage. More recently Oasis, Kylie, and Elton John have all been through its doors. It is also an iconic comedy venue thanks to the TV series “Live At The Apollo” and all the big national and international comedy superstars perform here. 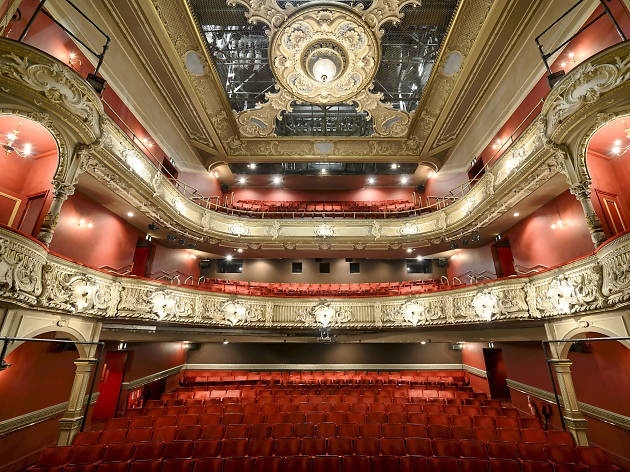 The Lyric Hammersmith is proud to be west London’s largest theatre and a hub of the community. It boasts a main house, studio, cinema, cafe, bar and restaurant, plus a banging roof garden. They offer free first-night tickets to their main house shows to residents and have a huge range of weekly classes for the under-25s. They also offer mentoring, careers advice, and pastoral support for their ensemble of emerging actors and young creatives.

The Riverside Studios has been redeveloped since 2014 but is set to open this year with studio space for theatre, dance, opera, music, comedy, and cinema.

The William Morris Society and Kelmscott House Museum is a magnificent Georgian brick mansion overlooking the Thames, where Morris lived and worked for the last 18 years of his life. It’s open to the public on Thursday and Saturday afternoons from 2–5pm.

Hammersmith has much to offer to hungry Londoners, with a broad spectrum of eateries. From the lofty heights of the Michelin-starred River Café to London’s first Taco Bell, there is something for everyone.

The River Café is designed by famous architect Richard Rogers and serves Italian food by the river made from seasonal ingredients that will blow your mind and your budget.

The Gate is another iconic, much-loved and world-renowned restaurant serving up plant-based deliciousness since 1989. It resides in a converted artist’s studio behind the Apollo.

Yoshi Sushi, as the name suggests, serves sushi, but also Korean food, all at bargainous prices.

Sagar has a huge range of delicious vegetarian South Indian treats at very reasonable prices. It’s popular with students, and we hear the Bhel Puris are a treat.

For something really different, try The Village, a basement restaurant with a community-centre feel. It serves as a hub for local Somalian families and offers Somalian cuisine with a twist at incredible prices. 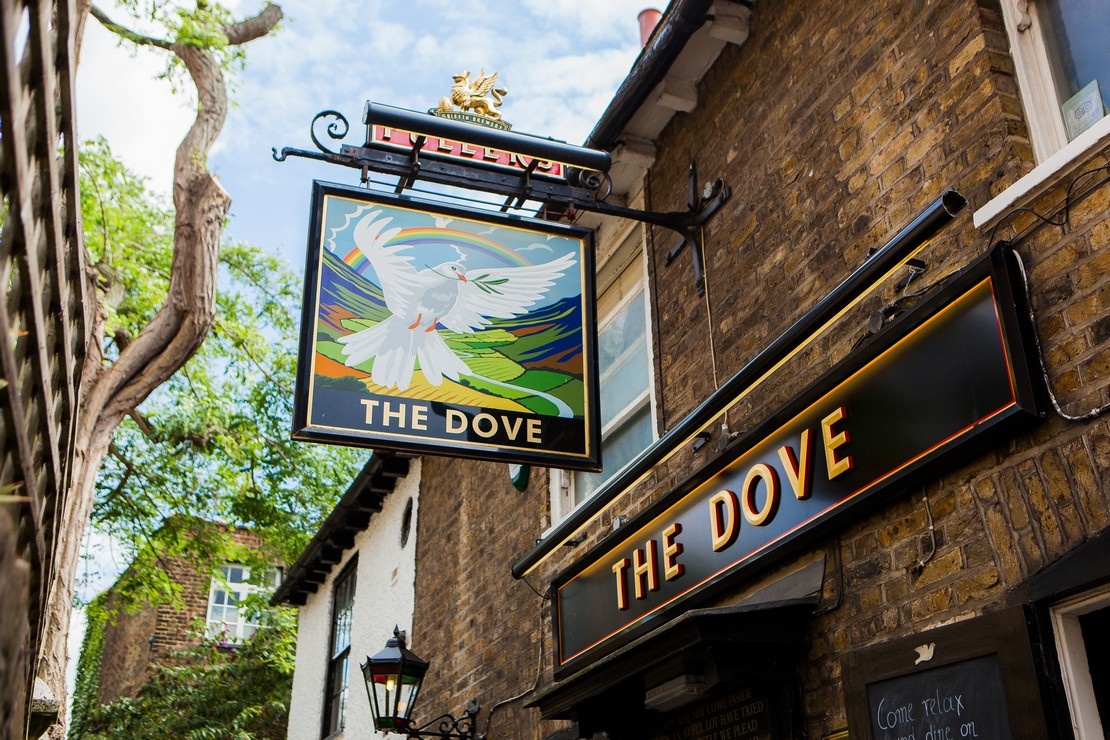 The Dove is a low-beamed and atmospheric riverside pub boasting the smallest bar room in the world and is also thought to be the site that James Thomson wrote his patriotic song Rule Britannia. It counts Ernest Hemingway and Graham Greene among its former drinkers, and offers a broad pub menu and Sunday roasts.

The Andover Arms is a proper old boozer with a panelled bar and roaring fire in the winter months. It has a broad menu and a welcoming atmosphere.

The Old Ship on the river has a boathouse aesthetic and offers a relaxed antidote to the bustling high street. They serve brunch through to supper with seasonal ingredients and local produce. 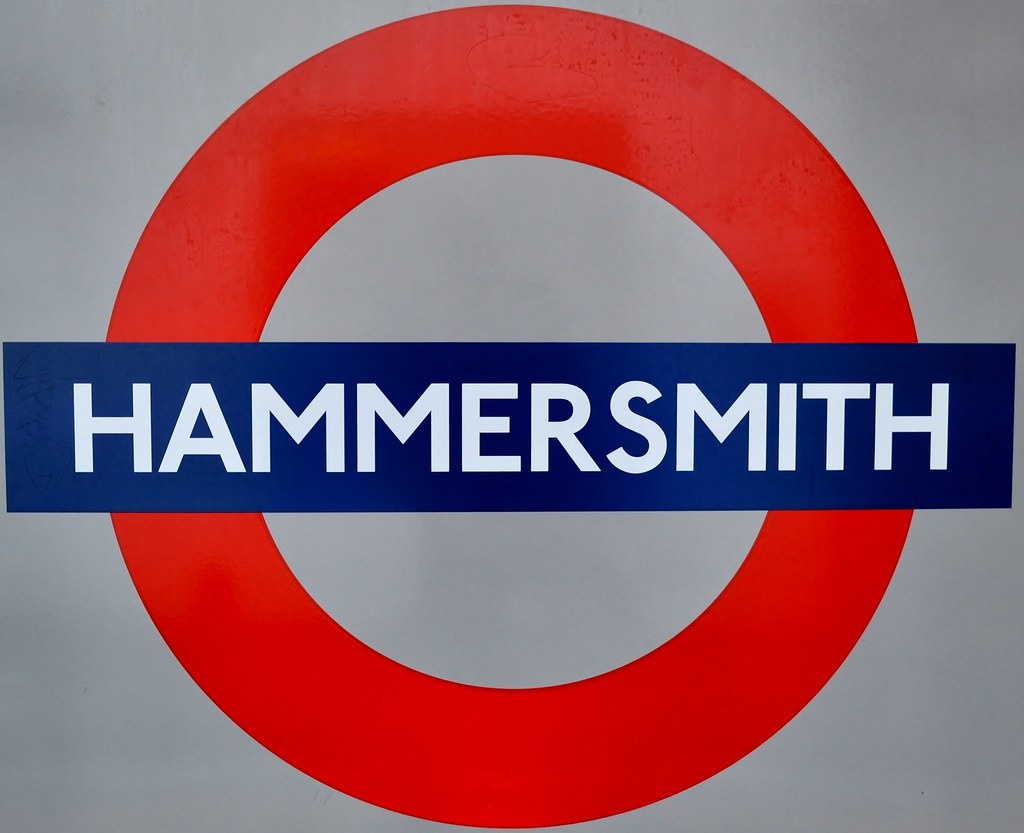 Tube: Hammersmith (Zone 2) has two underground stations, just over the road from each other. They are served by the Hammersmith and City Line on one side and the Piccadilly and District Line on the other.

Buses: There is a large bus station right in the middle of Hammersmith, with buses heading all over the city.

Riverside walks and jogs down to Chiswick and beyond are great options here, as is taking a sprint through the parks: Furnival Gardens, Bishops Park, and Ravenscourt Park, which also boasts tennis and basketball courts.

Virgin Active has studio classes (including Reformer Pilates), a fully equipped gym, cycle studio, pool, and spa. Memberships from £87 per month (£70 for under-25s). Alternatively, Better Fitness and Squash Centre has a less ritzy offering of the same plus squash courts, with memberships starting at £23.50 per month.

The Lyric Theatre, the Apollo, and the river.

The trunk road to the M4.