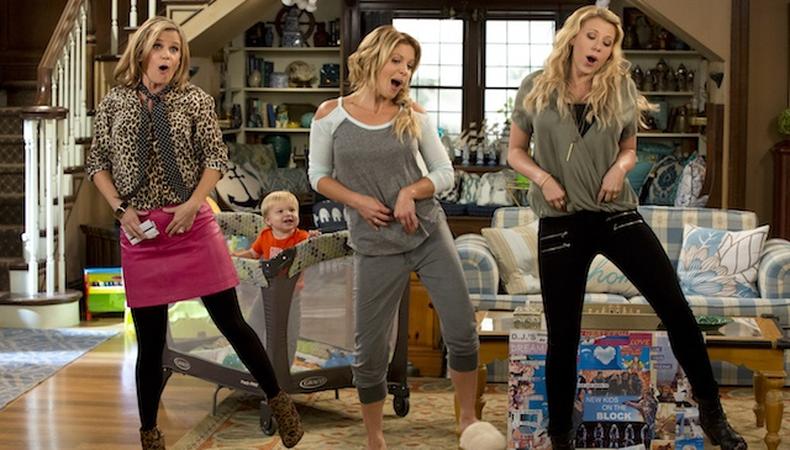 Andrea Barber first came into our living rooms as the affable neighbor Kimmy Gibbler three decades ago with the classic family sitcom “Full House.” And though she took a 20-year break from the industry after the series wrapped in 1995, Kimmy and co. came calling again two years ago with the now-beloved “Fuller House,” which features Barber, Candace Cameron Bure, Jodie Sweetin, and others all reprising their roles for an 11th-hour round of laughs.

Backstage caught up with Barber going into the Season 3 premiere of the Netflix family comedy to learn about her life away of acting and to take a walk down memory lane, revisiting her Hollywood roots.

“Fuller House” marked not just your return to playing Kimmy Gibbler, but to acting in general. What inspired that return?
My decision to return to acting for “Fuller House” was 100 percent based on the positive experience I had as a child actor on “Full House.” I love the people I work with; I love the character of Kimmy Gibbler. I never planned to return to acting as an adult, but when creator Jeff Franklin called and asked if I would consider reprising my role, I didn't even hesitate to say yes!

Why do you think the series, now heading into Season 3, has struck such a chord with audiences?
“Fuller House” is like comfort food: audiences crave the familiarity, the beloved characters, and the same family themes we had on “Full House.” There is comfort in nostalgia. Our show has always been about family and love—family that may or may not be biologically related to each other, but family that is comprised of people who unconditionally love and support one another. I think, at the core, everyone wants to be part of a family like that.

What's been the most rewarding part about revisiting this character, and what's been the biggest challenge?
Getting to do a live-audience show every week has been the most rewarding part of this experience. There is nothing like the feeling of making people laugh! I was surprised that there was no learning curve getting back to doing a sitcom. It was like muscle memory for me. The most challenging part now (for me) is the press we do to promote the show. I'm much more comfortable being in character with a script. We never did press like this during the original “Full House,” so it has been an adjustment for me.

READ: Be Kind Rewind: TV in the Era of Reboots

How did you get your SAG-AFTRA card?
I started acting when I was four years old, so I probably earned my SAG card at first doing a bazillion commercials. Then, at age 6, I landed my first full-time role as the original Carrie Brady on “Days of Our Lives.”

What advice would you give your younger self?
Find interests and friends outside of Hollywood. It will keep you grounded.

What was your most memorable job other than acting?
My favorite job outside of acting was as a Program Director of International Education at a university, coordinating study abroad programs for students. It involved a lot of travel and I found it very rewarding working with students during a pivotal time in their lives.

Motherhood, of course, is a job in itself! How has that influenced your take on Kimmy this time around?
Kimmy is the type of mom who wants to be friends with her daughter; she is looser with boundaries and discipline. Being a mom in real life, I realize that being a “good” parent is a lot harder than being the “friendly” parent!

Any advice on preparing for a big audition?
My last audition was when I was about 13, I think, so I'm really unqualified to give advice on this, [but] I hated auditions. It's the worst part of the business, in my opinion. It’s a necessary evil.

What movie should every actor see?
“Shawshank Redemption.” It is the ultimate guide of emotionally rich storytelling. For actors, it is a lesson in how to tell a story with reactions, instead of actions.

What was your first headshot like?
It for sure involved pigtails (I was five years old)! I remember doing headshots while hula-hooping, wearing silly glasses, and “cooking” with flour all over my face. This was the life of a child actor in the ’80s.

What advice do you have for Los Angeles-area actors?
In this never-ending sea of motivated actors, make sure you want it bad enough, are willing to work hard, and find a way to make yourself stand out in a respectable way.

Want to get to work in family comedies? Check out Backstage’s TV audition listings!

Benjamin Lindsay
Benjamin Lindsay is managing editor at Backstage, where if you’re reading it in our magazine, he’s written or edited it first. He’s also producer and host of a number of our digital interview series, including our inaugural on-camera segment, Backstage Live.
END_OF_DOCUMENT_TOKEN_TO_BE_REPLACED 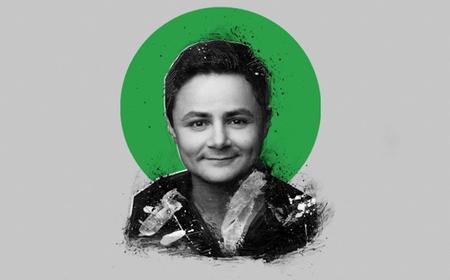 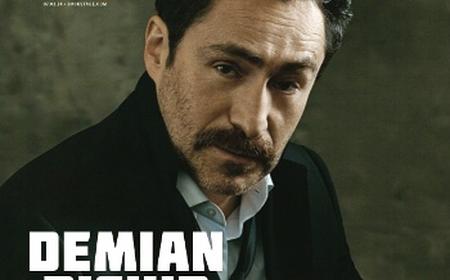 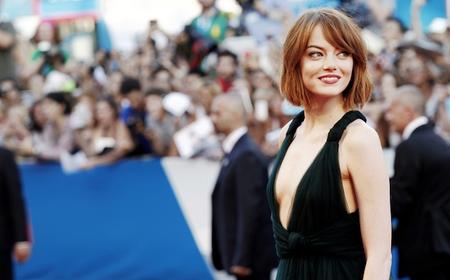