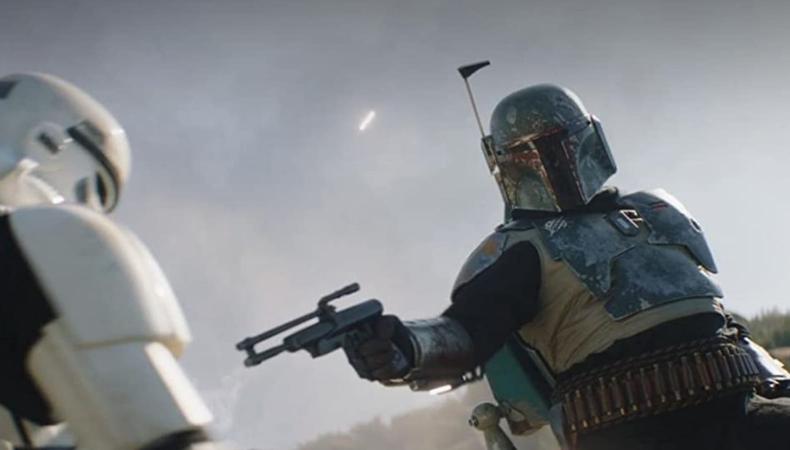 “The Book of Boba Fett”
If you think Disney was done announcing new “Star Wars” projects after its recent investors’ meeting, think again. Fans of “The Mandalorian” received a surprise this weekend when, during a post-credits sequence, the spin-off series “The Book of Boba Fett” was announced. Confirmed by executive producer Jon Favreau, the project will be its own series, rather than a third installment of “The Mandalorian.” Temuera Morrison will star as the titular Boba Fett and Ming-Na Wen will star as bounty hunter Fennec Shand. The series is now in production, according to Favreau, and will debut next December. Sarah Finn will likely be in charge of casting duties.

“I Wanna Dance With Somebody”
After a global search, Sony has found its Whitney Houston. Naomi Ackie will play the iconic performer in the upcoming biopic “I Wanna Dance With Somebody” from the studio’s TriStar division. Anthony McCarten (“Bohemian Rhapsody”) wrote the screenplay, which will be helmed by Stella Meghie (“The Photograph”). The movie will use the singer’s catalog with the backing of Houston’s estate and music producer Clive Davis, as well as Houston’s vocals. The film is set for a Thanksgiving 2022 release. Kim Coleman is the casting director.

“The Last Days of Ptolemy Grey”
Following his first collaboration with Apple TV+ earlier this year, Samuel L. Jackson will star in the six-episode limited series “The Last Days of Ptolemy Grey” for the streamer. Based on the acclaimed novel by best-selling author Walter Mosley (who will write the screen adaptation and executive produce), Jackson will star as the titular Grey, a 91-year-old man forgotten by his family, by his friends, by even himself as he suffers from dementia and “experiences a seismic shift when he’s given the tremendous opportunity to briefly regain his memories and uses this precious and fleeting lucidity to solve his nephew’s death and come to terms with his past.” Jackson previously starred in 2020’s “The Banker” at Apple TV+. He and Mosley (with producing partner Diana Houslin) will executive produce with David Levine and Eli Selden for Anonymous Content.

“Hamlet”
Noomi Rapace has answered the age-old question: to be or not to be? The “Girl With the Dragon Tattoo” actor will lead the cast in a gender-swapped adaptation of “Hamlet” from filmmaker Ali Abbasi. Iceland’s Sjón (“The Northman”) will write the project with Stine Meldgaard Madsen (Borgen) producing for Meta Film. This will be Abbassi’s second collaboration with Meta Film after they produced his Oscar-nominated “Border.” Principal photography scheduled for Fall 2021. No further casting has been announced.

“The Maid”
Florence Pugh has landed her next big role. Universal has acquired the rights to Nita Prose’s not-yet-released debut novel “The Maid,” and the Oscar nominee is set to play the title character in the film. Set for publication in 2022, “The Maid” takes place at the Regency Grand Hotel, where Molly the maid descends into “the murderous underbelly of her gilded workplace” as she explores the guests’ dirty secrets. With Pugh, Josh McLaughlin and Chris Goldberg will produce via their Wink Pictures and Winterlight Pictures banners, respectively. A director or screenplay writer has yet to be set for the project.

“Gray Man”
The upcoming Russo Brothers action flick “Gray Man” is continuing to add to its ensemble. Joining Ryan Gosling and Chris Evans, and the recently announced Ana de Armas in the Netflix project will be Jessica Henwick, Wagner Moura, Dhanush, and Julia Butters, as first reported by Deadline. The film will be the biggest-budget feature film in Netflix’s history and will be based on the debut novel by Mark Greaney, which follows a freelance assassin and former CIA operative (Gosling) as he’s hunted across the globe by a former cohort at the CIA (Evans). The Russos wrote the script with the most recent polish by Christopher Markus and Stephen McFeely.