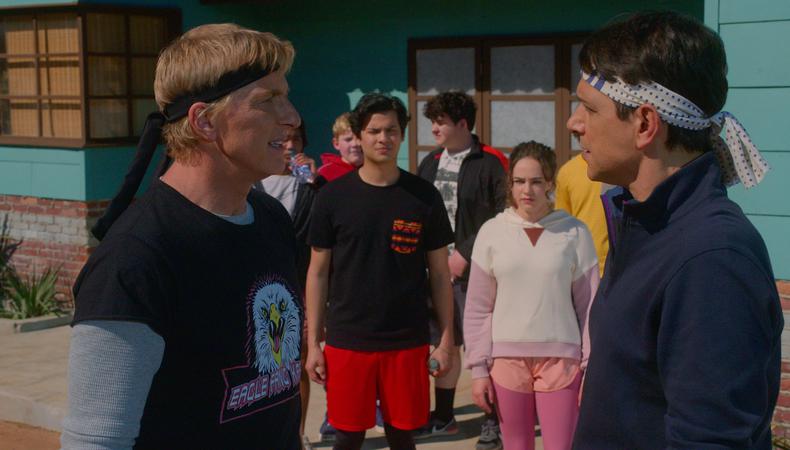 It’s time to head back to the dojo, where pain, fear, and defeat don’t exist: Netflix’s “Cobra Kai” Season 5 is finally here. And considering the show has plans to run for up to six seasons, according to Daniel-san himself, Ralph Macchio, there are bound to be more opportunities for you to get in on the action.

In this in-depth guide to getting cast on the Netflix series, we share audition tips from current stars, insight into the casting process, and news about open auditions to get you ready for future seasons of “Cobra Kai.”

What is “Cobra Kai” about?

“Cobra Kai” picks up 34 years after the events of the original “Karate Kid” film, in which underdog Daniel LaRusso (Ralph Macchio) bested martial arts bully Johnny Lawrence (William Zabka) in the 1984 All Valley Karate Tournament. Johnny, now in his 50s, is a washed-up handyman with a son and ex-wife he abandoned years earlier. Seeking redemption, he reopens the old Cobra Kai dojo, where he once trained under the villainous John Kreese (Martin Kove).

The revived dojo attracts a group of bullied outcasts who look to the sensei to learn confidence and aggressive techniques. Meanwhile, Daniel—now the owner of a successful chain of car dealerships—is mentoring students, including Johnny’s estranged son, at the newly reopened Miyagi-Do dojo. Soon, the Johnny-Daniel rivalry reignites. Season 2 ends with a blowout brawl, pitting Cobra Kai students against Miyagi-Do students.

On Season 3, Johnny and Daniel join forces to face Kreese and his Cobra Kai dojo. Kreese eventually agrees to settle their differences at the All Valley Karate Tournament: Whoever loses has to leave the valley for good. “Obviously, we’ve set a challenge at the end of Season 3 that sort of gives everybody their marching orders,” said co-creator Josh Heald. “So the fun of Season 4 is going to be starting to decide will these guys actually be able to stay on that path that they’ve now decided to embark on together.”

In Season 4, Johnny and Daniel’s relationship is tenuous, as they realize their fighting philosophies are very different. Their tense relationship builds throughout the season and culminates in the annual All Valley Karate Tournament. Based on previews, Season 5 will follow Johnny and his son Robby (Tanner Buchanan) as they head out on a road trip to find Miguel (Xolo Maridueña), who has left in search of his dad. Meanwhile, Daniel and Chozen (Yuji Okumoto) will team up to take down Terry Silver (Thomas Ian Griffith) and Mike Barnes (Phillip DeVona). Can the two frenemies come together to protect the Miyagi-do dojo’s future?

“Cobra Kai” was created by Josh Heald, Jon Hurwitz, and Hayden Schlossberg, and is based on “The Karate Kid” film franchise, which was originally created and written by Robert Mark Kamen. Heald, Hurwitz, and Schlossberg also serve as executive producers, as do Will Smith, James Lassiter, Caleeb Pinkett, and Susan Ekins. The show premiered on YouTube Red in 2018 before moving to Netflix in 2020.

Who is in the cast of “Cobra Kai”? 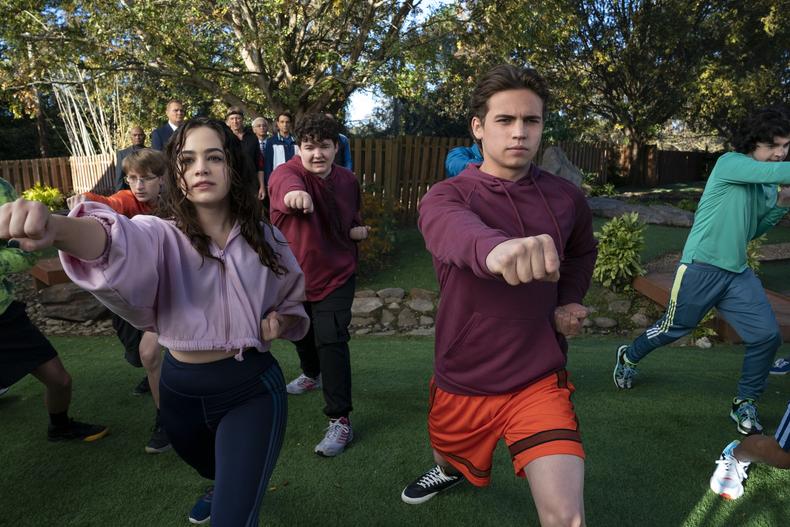 How does the casting process work for “Cobra Kai”?

For Mary Mouser (Samantha LaRusso), who has been acting since she was 5 years old, her shot at “Cobra Kai” was just another audition, since she’d never seen “The Karate Kid” films. “I did my initial audition and thought, Oh I think that went well. But of course you think a lot of them go well, and they go nowhere,” Mouser recalled. “Then I ended up getting a callback, then I got to the screen test level. And after finding out that I booked it, I went in for a final read with…two Miguels. So, I had quite a few auditions!” She also did a chemistry read with her onscreen dad, Ralph Macchio.

For Maridueña, the “Cobra Kai” audition came in as most auditions do—in an email with the breakdown of the roles and accompanying scripts. “To be quite honest, at that point, I hadn’t watched ‘The Karate Kid’ since I was around 4 or 5 years old; I did not remember it whatsoever,” he admitted. So he did his research into the characters and who had already been cast on the show. He auditioned and got a callback about a month later.

“Usually, you hear [about] a callback within a week or two,” the actor said. “After the two-week mark came, I thought, I probably didn’t get it; let’s move on to something else.” When he arrived for his next audition, he was thrilled to see Zabka in the room. “I tried to mask my excitement, not geek out, and do the audition,” he said. “We did it, and a couple of weeks later, they told me I was going to Atlanta. It was really a fun audition sequence and very long. It was over two months that I was auditioning and testing out the project, but it was well worth it.”

Kurt Yue, whose varied résumé includes roles on “Insatiable” and “Smoketown,” took to his YouTube channel in September 2020 to explain how he got cast as George, a recurring role on Season 1. “It’s true I never auditioned for the role of George, but that doesn’t mean I never auditioned for the show,” Yue said. “I actually auditioned for ‘Cobra Kai’ three different times prior to being booked for the character of George. Now, this is a really important lesson for people that are newer to acting or new to the industry, because every single time that you audition, you’re never just auditioning for that one part. You are auditioning for future auditions. You may not fit the character that you initially auditioned for, but if you do a great job, even if you don’t book that role, the casting director will remember you and will try to find more roles for you and bring you back for more auditions. That’s exactly what happened to me on ‘Cobra Kai.’ ” 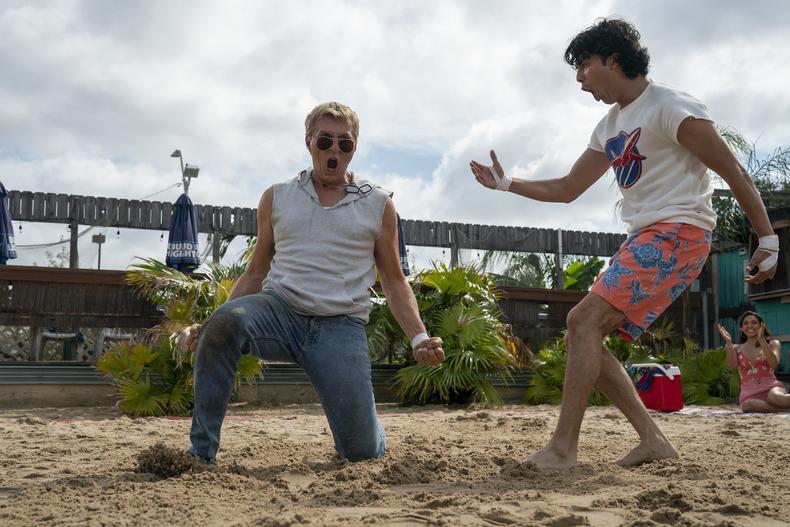 When does filming for “Cobra Kai” Season 6 start?

Ralph Macchio told ComicBook.com that the team has already begun filming scenes beyond Season 5. “There’s stuff that they wrote in Season 3 that didn’t happen until Season 4, ’cause there wasn’t any more room in Season 3,” he explained. “There’s stuff that was in Season 5 that we know we shot that is being held for the future if we get that greenlight, so there’s more to come, we hope.”

Macchio also hinted that “Cobra Kai” has laid the foundation for something akin to the Marvel Cinematic Universe. “The thing that’s been created—there’s kind of this ‘Karate Kid’ Cinematic Universe now where ‘Cobra Kai’ is, you know, at the center of that. And when that day does come in for a landing, there are other areas to draw from…. Is there a Miyagi origin story? Is there a ‘Cobra Kai’ prequel before ‘The Karate Kid’? Are there spinoffs with some of the young cast of these characters? Who knows? But we’re not done as long as we’re given the opportunity to really bring it in. As long as it evolves organically, these guys that write the show really have their finger on the pulse.” 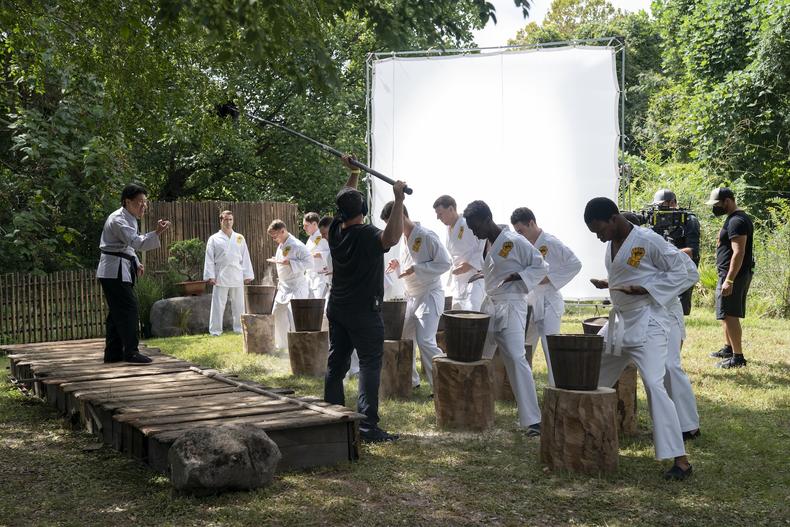 Where can you find “Cobra Kai” casting calls and auditions?

Currently, there are no active casting calls or auditions for “Cobra Kai” Season 6. However, it’s a good idea to bookmark our Netflix casting page for updates. In the past, the series cast with us for several roles. The CDs were on the hunt for actors, photo doubles, background extras, and stand-ins to join the production of Season 4 in Atlanta. These roles included:

To stay in fighting shape when future notices appear, be sure to check out this casting roundup of action-packed gigs. For speaking roles in major projects, auditions typically come through agents rather than via public calls. Don’t have an agent? Here’s a guide to getting an acting agent. 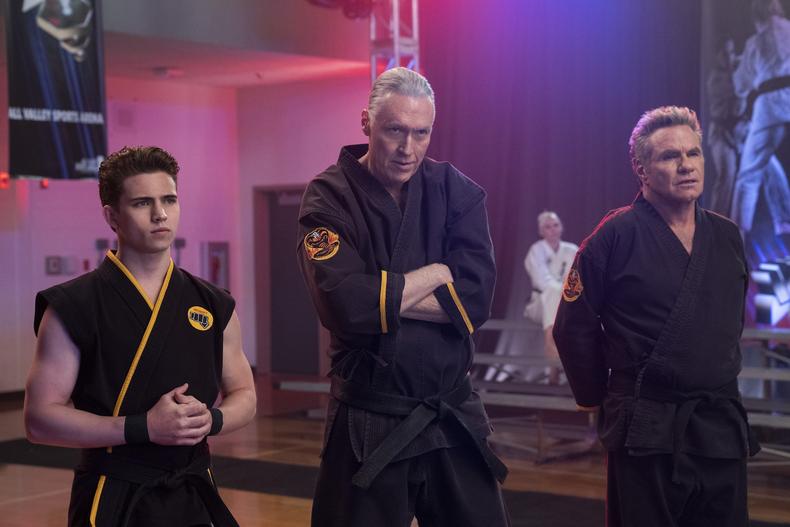 Who is the casting director for “Cobra Kai”?

Since Season 1, Alexis Frank Koczara and Christine Smith Shevchenko of Koczara/Shevchenko Casting have been the main casting directors. Since 2005, the pair has assembled talent for numerous television projects, including “Black-ish,” “Fuller House,” and “The Muppets.” While “Cobra Kai” obviously brought back actors from the original “Karate Kid” films, casting the perfect new talent around the veterans was crucial to the show’s success. 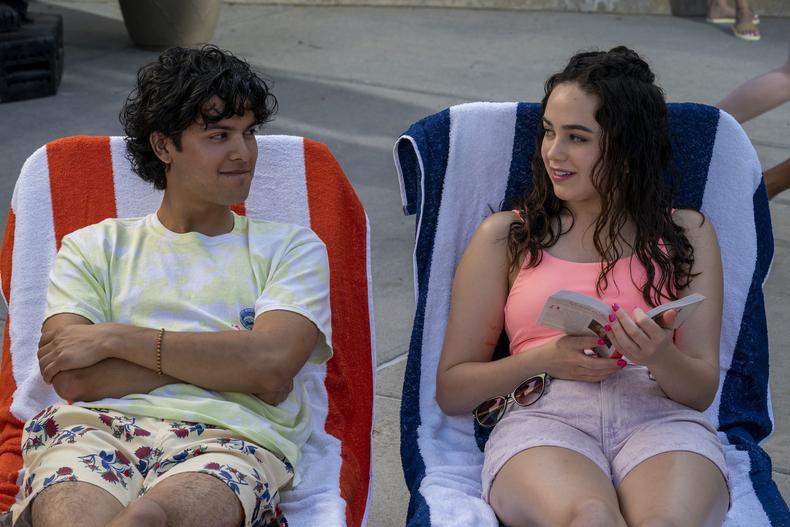 What are the best audition tips for landing a role on “Cobra Kai”?

Check out this advice from cast members and Netflix CDs: 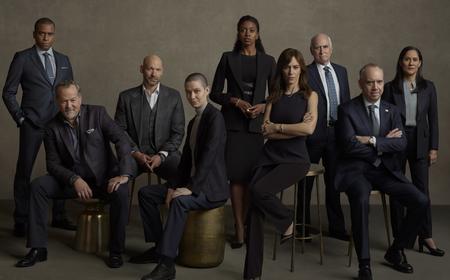 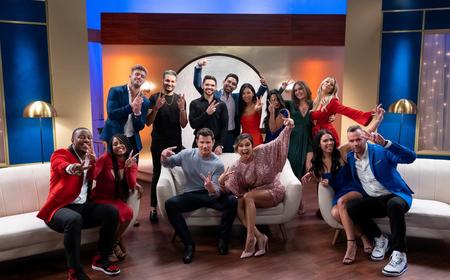 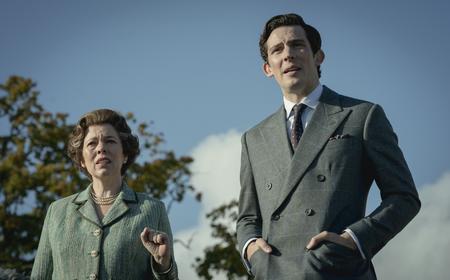 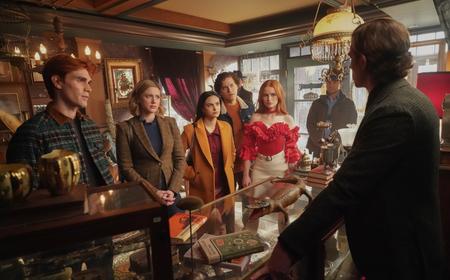 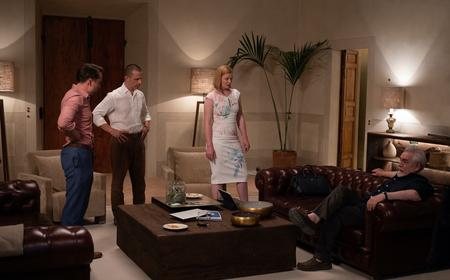 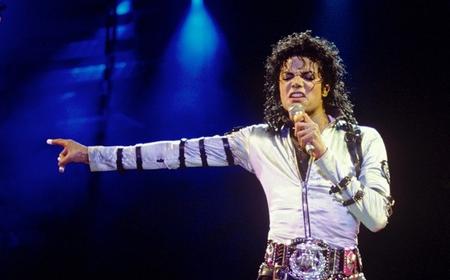 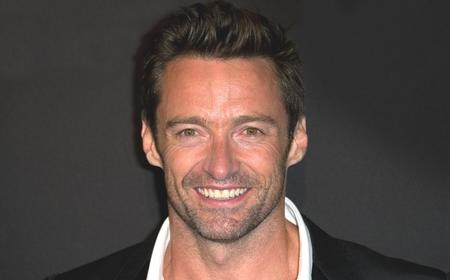 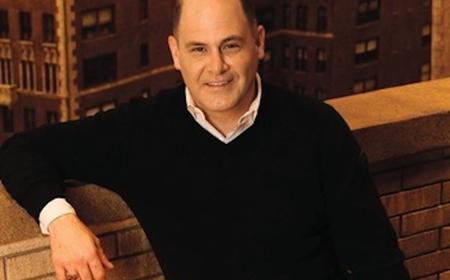