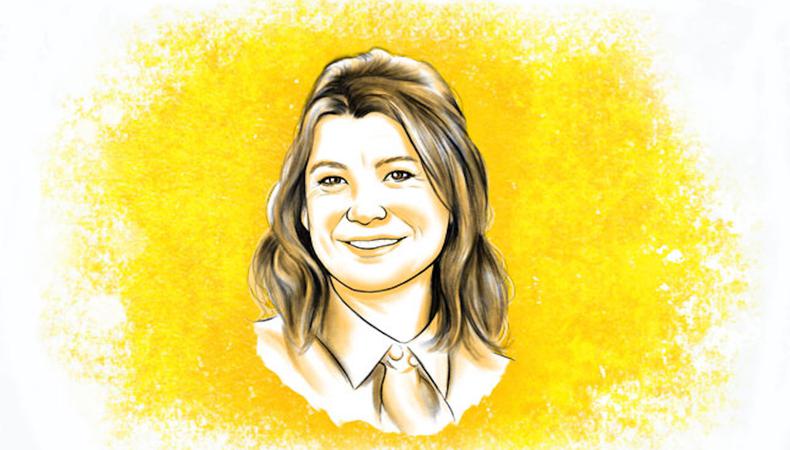 As Meredith Grey on the Shonda Rhimes hit that started it all, “Grey’s Anatomy,” Ellen Pompeo has been prime time’s favorite surgeon for a whopping 12 seasons. With this round’s anticipated finale right around the corner, Pompeo spoke with Backstage about challenges in longevity, her unforgettable ride through ShondaLand, and crushing on Leonardo DiCaprio.

What’s been your favorite thing about bringing ‘Grey’s Anatomy’ back for a 12th season?
I think the challenge of having exactly what’s happened happen. None of us planned on this long a run, and there are all these challenges that come with running a show this long—one of them being that everybody gets bored. So the fact that we’ve been able to stay engaged all around as a team and really put out still-powerful shows that are still super popular in Season 12 is the best accomplishment I could ever ask for.

Which of your performances has left a lasting mark on you?
Meredith Grey, of course. I’ve played this character for so long. It’s been quite a ride with [Shonda Rhimes]. I started with Shonda when she was just a writer in her pajamas, and to see the trajectory that she’s gone on and how the whole brand has grown… It’s impacted me in different ways at different times. I think that as an actor, one of the things that you hope to achieve is to move people and to make people feel. That’s what I’m looking for when I watch performances: Is someone making me feel something? And the fact that we’re still able to make people feel week after week, that’s pretty impactful.

On whom do you have an acting crush?
My favorites are Matt Damon and Leo [DiCaprio]. So, so happy about [his Oscar win]. So well-deserved. I mean, I think he should’ve got it at 13 for “What’s Eating Gilbert Grape.” He’s amazing.

How did you get your SAG-AFTRA card?
Oh my goodness. Well, it was a commercial, for sure. It was a L’Oréal commercial. I started [acting] quite late. I was quite hesitant about what I wanted to do. I had my reservations about it. It seemed like a huge mountain to climb. So I really wasn’t so anxious to get to it, I was hoping that some other bug would bite me along the way, and then it never really did. I didn’t really start acting until I was 25.

How do you typically prepare for an audition?
Sit with [the script] and think and try to connect in some way to the character or the story that you’re telling. I didn’t audition for Meredith Grey; I was offered the part by Shonda and the network. Shonda Rhimes wasn’t really “Shonda Rhimes” at the time. It wasn’t a big deal—it was just another pilot. I had done a movie called “Moonlight Mile” that a lot of people in the industry had seen, and I got a lot of attention in the industry. I was meeting with a lot of studio people and directors after that movie, and then this opportunity came from that. My agent said, “Just do the pilot and make some money—these things never go.” And then 12 years later… yup!

What do you wish you’d known before you started acting?
Nothing, really. I’ve always had the gift of intuition. And I think I always knew how, I got some pretty intense presumptions of the acting world as soon as I really started working. As soon as I came out to L.A. and started doing movies and working and auditioning for big directors and hearing feedback, I got a taste of how challenging it is, especially for women, and what your half-life is. I started “Grey’s” when I was 33, so knowing financially how unfairly women are treated, and knowing the age bias that exists, I was pretty perceptive and I knew at 33 I better just stick with this, not try to have a film career at 40. Like, that won’t go well.

In the alternate universe in which you aren’t an actor, what would you be doing?
I could be an interior decorator, for sure.

What was your most memorable survival job?
I was a bartender for years, but I hadn’t started acting yet. I was bartending and cocktail waitressing, contemplating, “What am I gonna do with my life? Am I really going to pursue acting—really? It just seems crazy.” And that’s when I met an agent, and she started sending me on auditions. And then I started getting work. It was a little backward for me. I was doing my survival job, but I wasn’t really trying to act. I was thinking about trying to get into something more sensible. [Acting] found me. The signs were there that that’s what I was meant to do.

Benjamin Lindsay
Benjamin Lindsay is managing editor at Backstage, where if you’re reading it in our magazine, he’s written or edited it first. He’s also producer and host of a number of our digital interview series, including our inaugural on-camera segment, Backstage Live.
END_OF_DOCUMENT_TOKEN_TO_BE_REPLACED