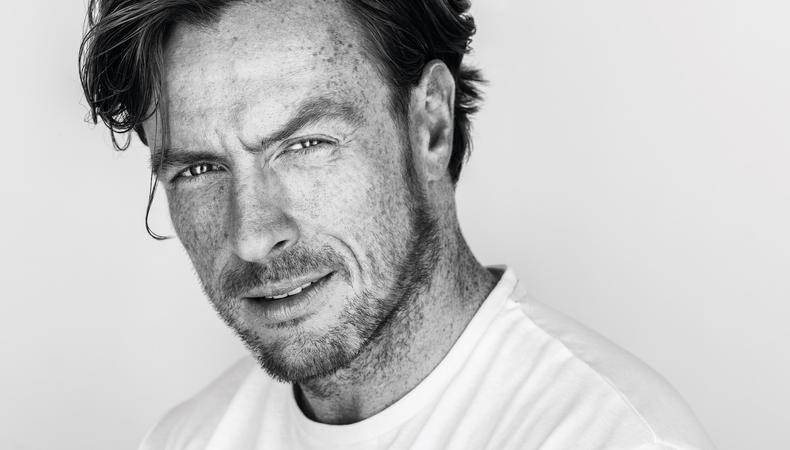 The British actor can be seen as Captain Flint in the second season of Starz’s pirate drama “Black Sails,” debuting Jan. 24. He talks to Backstage about the arduous filming, the strange business of acting, and his worst survival jobs.

Tell us about “Black Sails.”
In a nutshell, it’s a pirate show, but it tries to steer away from the more camp aspects of piracy. It’s not a fantasy; it’s trying to be much more gritty and historically accurate. Some of the characters are from “Treasure Island,” my character included, but most of the characters are real-life pirates. So it’s a strange mixture of fictive and historical.

How do you typically prepare for an audition?
The best thing is to just prepare whatever I have and then forget about the pressure of it. It’s all about confidence a lot of the time. I used to remember feeling I have to impress people, and now—it’s not really arrogance, it’s just me going, “I don’t really need to prove myself, it’s just whether I’m right for the part.” And also knowing where you’re being unrealistic or your agent is being unrealistic. Some times you’re asked to come in and it’s just not going to work. It’s knowing when to draw the line, and that gets easier the more you know who you are and what you want to achieve.

What do you wish you’d known before you started acting?
There are many things I’ve gleaned from working that you go, “Oh God, I wish I’d known about that before I started!” I think most of it is about the business, really. The business itself is such a strange business. If any of my children wanted to get into it I would impress on them how ephemeral and how difficult it is. It’s a very fickle world, our business. And one has to be ready for that and really know that.

What was your worst survival job?
There was a chemical fire on a building site, and I and a bunch of friends got a job having to clean up. Basically we had to scrub all of the metal parts of this building site to get all of these corrosive chemicals off from this fire. It paid quite well, I seem to remember. They couldn’t get anyone else to do it!

What have you learned about your craft from “Black Sails”?
I’ve learned a lot about filming. I’ve come up mostly doing stage work. I’ve done bouts of filming, but they’ve normally been sporadic and quite short-lived. This is extended periods of filming, so it’s been a really, really great experience for me in terms of my craft. It’s very technical and it’s great to just absorb all of that and learn.

What is your worst audition story?
I remember auditioning for Neil LaBute. He was doing a film and it was quite a long time ago, when not many British actors were working in the States. And [the casting director] had this thing where Neil [said] he doesn’t like working with British actors in American roles. But she said, “I think that’s ridiculous. I want you to pretend when you meet him that you’re American. So just walk in, pretend you’re American, and do that. I want to prove a point.” And I remember going away and having to learn the scene and fretting endlessly that if he asked me where I was from I’d have to come up with some sort of backstory. So I put together this totally bogus story about coming from Minneapolis. And I did this audition and he seemed totally unimpressed and it was just awful. And then as a sort of mad moment at the end, the casting director said, “And Toby’s English!” Like, “Ta-da!” It was so embarrassing. Years later I worked with him and I reminded him of this audition, and the thing was he’d known who I was. He’d seen me in a play in London. So this whole charade was ridiculous and totally embarrassing.

Which of your performances has left a lasting mark on you?
I think the one that really changed me the most or had the most impact on me creatively was years ago at Royal Shakespeare Company; I was cast as Troilus [in Shakespeare’s “Troilus and Cressida”]. And I was only 25 at the time. They deliberately wanted to cast a young man; it’s usually someone in their mid-40s. I’d only been out of drama school for about three years, and if you were gonna do Shakespeare, that was the place to do it. So there was enormous pressure on me to not make a total idiot of myself. It ended up being a very successful production and being very successful for me, but it wasn’t so much that. It was really about how much I learned on the job. Drama school is really a forum for making a fool of yourself. You can’t learn how to act; you can only really learn it through experience and practice and really finding what your voice is and what you want to be as an actor. And that was the most formative thing for me, playing that part and what I learned and took away from that experience.