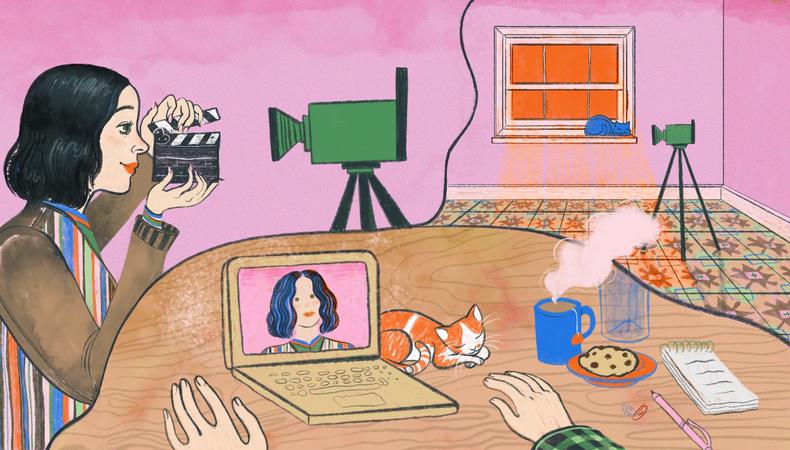 We’ve all had to adapt to living and working with COVID-19 restrictions, and those in entertainment in 2020 have been especially limited in what they can create under the circumstances. But, as spotlighted in our special issue with “Love in the Time of Corona,” “Coastal Elites,” “Social Distance,” and more, that didn’t stop creatives from coming up with ways to serve original content to audiences. While not all of these projects used casting directors in the traditional sense, CD Sara Isaacson was tapped to fill the ensemble of NBC’s “Connecting…”—a typically 10-week process that she shaved down to two. Here, she shares with Backstage exactly what elements had to change for her audition process and what actors can be doing with this time at home.

What about the “Connecting…” casting process was similar to or different from a normal pilot you’d do?
Everything was done online. I never met a producer in person; I never met an actor in person. The callbacks were on Zoom; the screen tests were on Zoom. It was wild…. I released the breakdown like we normally would and got thousands of submissions per role, like we normally would. I could give far more appointments out because I’m watching them from the comfort of my home; I’m not working with an actor in the room for 10 minutes during each audition. I get to see many more actors with self-tapes because you don’t have to talk in the room, and you don’t have people stopping and starting and wanting to do another take. The difference is, I’m not able to give redirection. That’s a little bit of an unfortunate situation, because you could see an actor would be so close. In the room, you could give them a really simple note that allows them to do that thing that you need in the scene. We did callbacks, but in real life, we’d have more time for those.

Everything was different, and everything was also the same, you know what I mean? We weren’t in an office, so it felt like people—agents, reps, studio, network—had access to me all the time. The turnaround time was unlike anything else. The nonstop pitching from agents and managers, wanting the appointments, that didn’t change at all. My phone blowing up did not change; that is always the same. It felt really special, too, because we were moving so quickly, and we were in constant communication that entire time with the showrunners to make sure that I was on track. It was wild.

What was it like to cast a project while most productions are paused or don’t know when they’ll start?
We had to really make sure that we’d created an ensemble of actors who were game for how they were going to shoot the show. Production was providing the camera, lights, and sound. Some actors had pieces sent to them from production. One person had to paint a wall. Other actors had to put up curtains. There were myriad things the actors had to be game for. The show alternates between FaceTime and Zoom, so when we see these actors, they are in a version of their homes. There’s been a lot of moving stuff around or things being added or taken down to have them make sense for each of their characters’ homes, but they are all responsible for hitting record. There’s a whole team of people that have prepped all the actors; they get a full tutorial from production.

READ: How to Prep for Auditions During the Pandemic

Are there changes made in this casting process that you think are going to stick?
I think until there’s a vaccine, we will only be using self-tapes. I think actors can take the time to really discover the time of day the sun hits their apartment just right to self-tape. I think that there is a lot of time now to practice. Educate yourself on recording a reader that’s not in the room with you, using an external mic for your iPhone, and the technical side of self-tapes. Maybe invest in a tripod. It’s a lot to ask. I’m not a sound engineer, I’m not a DP; and yet, somehow, we’re asking these actors to learn the material, perhaps be off-book, depending on the situation, and also be responsible for a reader who can’t be in the same room.

“Know that it’s always changing, and we’re all in this together, and no one has the answers. We’re all trying to figure it out, and we’re all wanting to go back to work, and it’s hard for everyone.”

Where do you look for new talent, outside of agents and managers?
So, pre-quarantine, I’d go to New York twice a year to see shows. I’d go to the Oregon Shakespeare Festival at least once if not twice a year to see shows at their beautiful theater. I see a lot of shows in L.A. I watch a lot of television and movies and try to educate myself on actors I don’t know. And I really do count on agents and managers to educate me on actors.

What advice do you like to give to actors?
Stay focused; do the work. You will get the roles you’re meant to get. Educate yourself. Always be in class. Be kind, be thoughtful, be normal—meaning: Don’t treat the casting director any differently than anyone else. We are a collaboration. I’ve got this problem: I need to cast these roles. And you can help me solve that by doing a really awesome job at the audition. So please do your work. Please care about the work, come prepared, and know that even if you don’t get this job, I take note of the actors who do the work, come prepared, are focused, who turn to me to collaborate, and don’t put me or any other casting director on some weird pedestal and try to impress us. The way that you impress us is by doing the work, because most people don’t. When people in a self-tape try to be funny, or in the room try to do some sort of bit, my assumption is that is how you will behave on set. I’m only going to present you if I’m confident that you will be professional. You don’t need to stand out by doing a bit or trying to be funny or making some choice that you think is really interesting if it doesn’t make sense for the role or the tone of the show or even the network. You will stand out by doing the work. 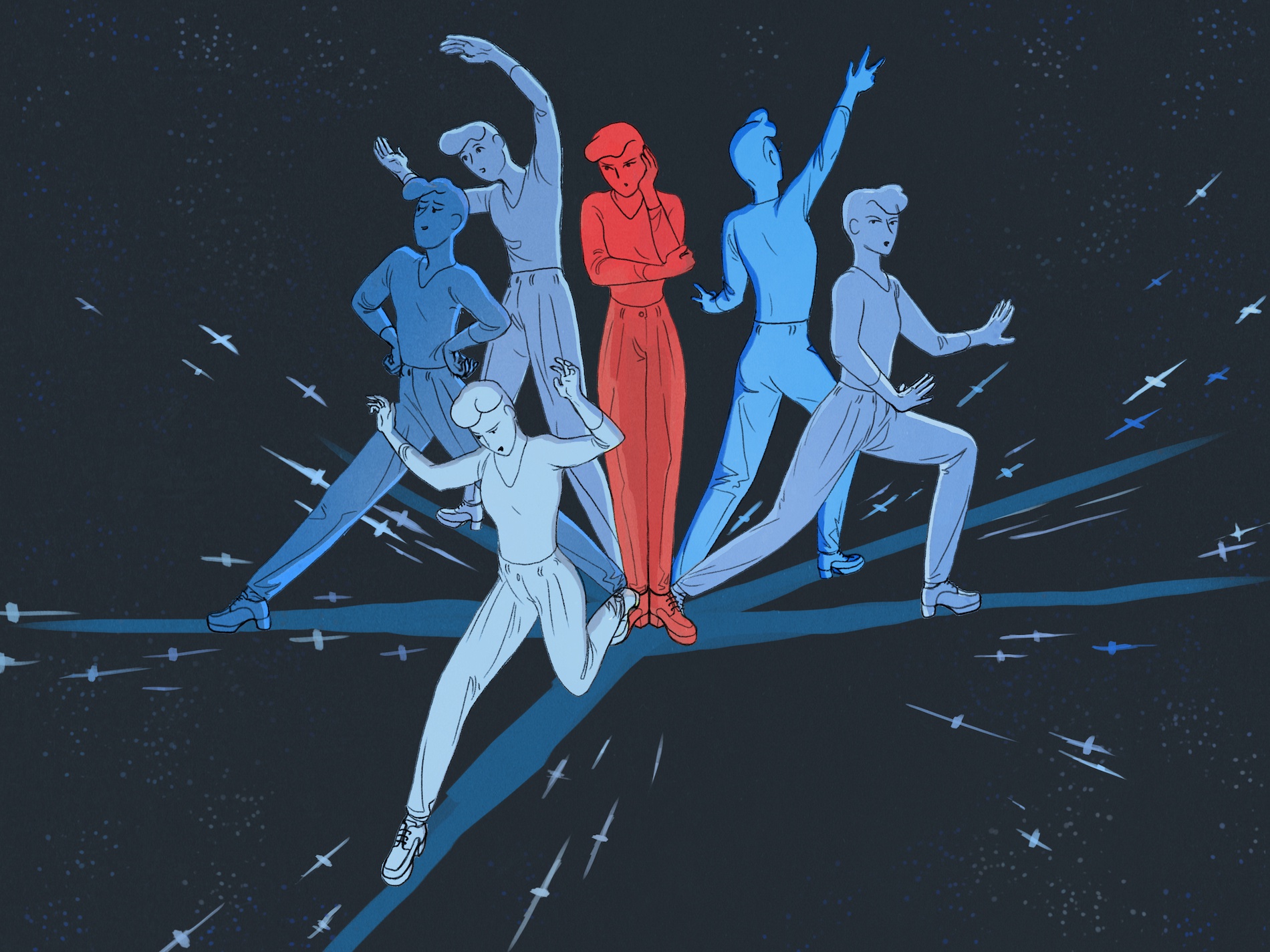 What do you want actors to know about auditioning and working and existing at this time when things are so strange and always changing?
Know that it’s always changing, and we’re all in this together, and no one has the answers. We’re all trying to figure it out, and we’re all wanting to go back to work, and it’s hard for everyone. I encourage all of us to be kind to ourselves, to understand that this is a pandemic, [and] that we don’t need to sugarcoat anything. It’s hard. And, yeah, be kind to our hearts and our minds and our friends and our family, because we’re all struggling. Even on social media, if it looks like they’re not or we’re not, we all are to some degree.

Elyse Roth
Elyse is a senior editor at Backstage, where she oversees all casting news and features content, including her weekly casting director Q&A series, In the Room. She came to New York from Ohio by way of Northwestern University, where she studied journalism, and now lives in Brooklyn. She might see and write about awards-worthy films, but Elyse still thinks “Legally Blonde” is a perfect movie and on any given night is probably taking in some kind of entertainment, whether it’s comedy, theater, ballet, or figuring out what show to binge next.
END_OF_DOCUMENT_TOKEN_TO_BE_REPLACED