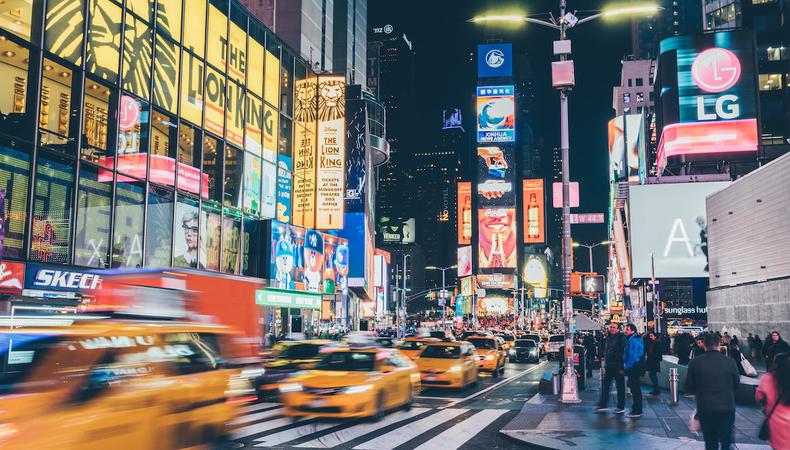 Vaccinations and masks will now be required to attend Broadway shows, the Broadway League announced. All performances through October 2021 will require both vaccinations and masks for audience members, performers, crew members, and theater staff. Masks can be taken off when eating or drinking inside the theater. Three of the largest commercial theater owners on Broadway—Schubert, Nederlander, and Jujamycn—have all adopted the policy.

Audience members will need to have been fully vaccinated with an FDA or WHO-approved vaccination for 14 days to attend a show under this new policy. They will be required to show proof of vaccination upon entry into the theater.

There is an anticipated review of these policies in September, according to the Broadway League. This review may entail a relaxation of protocol, but only if the science proves this to be safe.

Charlotte St. Martin, President of the Broadway League, said in a statement that a consistent policy across all Broadway theaters “makes it simple for our audiences and should give even more confidence to our guests about how seriously Broadway is taking audience safety.”

The Actors’ Equity Association and the Broadway League came to a consensus on July 29 regarding the vaccine mandate for all Broadway employees. The Hollywood Pantages Theatre announced that Broadway in Hollywood, which houses “Hamilton,” is requiring vaccines and masks for all audience members. The American Federation of Musicians in the US and Canada are also requiring the same of touring shows.

“Pass Over,” which opens Aug. 4, and “Springsteen on Broadway” previously announced that vaccines are mandatory for audience members. This was not uncommon for the individual shows across Broadway.

Nick Scandalios of the Nederlander Organization said, “With these procedures in place and recognizing the high vaccination rates among NYC audiences, Broadway continues to make safety our priority. As we get ready for Broadway’s big comeback, the entire theatre community is committed to the highest level of public health standards. We’re all eager to welcome our many patrons and fans back to the magic of Broadway.”