6 Ways to Be Consistently Great on Camera 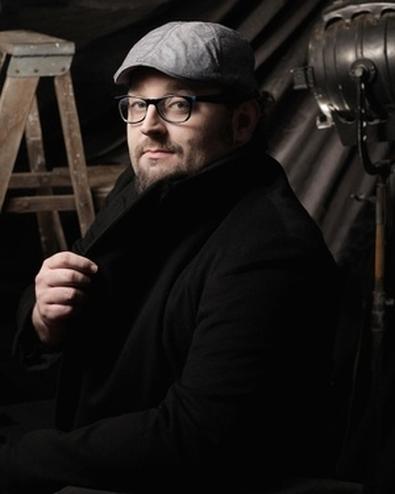 How do you keep your takes fresh enough for you and your scene partners, and yet consistent enough to avoid the wrath of script supervisors?

1. Use the same clear objective every take, just alternate tactics. Scenes in movies are often not more than two minutes, so just stick to one simple, playable objective. Make sure you are crystal clear on the best way to use objectives by visiting Screen Actor’s System Objective Formula page. Get that right before you read on. It will change your acting life. Don’t assume you are already using objectives correctly. Most actors miss out.

To mix things up, try playing a different tactic (another actable verb that supports the objective) on each take. Here you can find the best list of actable verbs on the Internet with hyperlinked definitions. You will get ideas and inspiration by choosing just the right verbs from that list, trust me. It’s a game changer.

You can go pretty far with tactics, much further than most actors dare. For best results, deploy these new actable verbs, these tactics, right on a beat change (a shift as I like to call them). Throw a few curveballs at your scene partner. It’s part of the fun.

2. Emotional improvisation. It may seem odd, but you can do almost whatever you want emotionally from take to take in a filmed scene. Change emotions right on a shift (beat change) to supercharge your new tactics. But be careful with that advice. Read on to see what I truly mean here. As Jean Cocteau once said, “The art of genius is knowing how far to go too far.”

You should almost always play your emotions as an obstacle on film. Anything more will look over the top. A subtle and shifting sea of suppressed, deeply felt feelings read better on camera. These ultimately slight variations from take to take will still allow the editor to achieve emotional continuity (not continuity of props and blocking, more on that later).

The emotions you arrive at between any given “action” and “cut” may surprise everyone in a good way—including you. You should have an idea of what emotional obstacle you plan on playing from shift to shift going in. But depending on what your scene partner does, the planned emotion may not compel you during that take. So throw it out. Go where this present moment takes you emotionally. If you’re not truly feeling it, don’t go there. Simplify. The camera does not tolerate malarkey.

3. A fresh take never means changing your blocking. You may improvise your emotion and, if the director is so inclined, you may even be allowed to improvise your dialogue. You will not change your blocking once the master is shot. The DP and the director lock the blocking down while lighting and you will have little influence over this activity. Film blocking is driven by logistics more often than not.

A huge mistake acting classes make with film actors is giving them free reign to move around during scene work. It’s a bad idea to practice this way, as you will not have such freedoms on set.

5. Resist altering your eye lines. If you are inconsistent with where you direct your gaze, the editor may well have to discard much of your footage. The editor is telling the audience where to look, and he uses your points of focus and eye lines to do this. This duty is far more important to an editor than the quality of your acting. So, ridged consistency in this area is vital to giving your editor the most choices possible. If you are looking in the wrong place, the editor will likely choose another take. The greater the percentage of your footage he can consider, the more likely you are to translate as great actor on film.

6. Always use the same props in the same places and ways. Not a newsflash. Just remember, if you violate continuity of this kind, the entire take can be thrown out just because the pen is in your opposite hand now. Get this right and let your editor consider all of your takes. Again, this is done to help your performance shine. Don’t give them a lame excuse to throw out your best take.

Acting with this kind of precision takes practice. Work like a film actor in your current class and start getting used to a cinematic style. If your teacher does not allow that, find a class where you can get a proper on-camera workout.