Getting to Know the 2020 Emmy Nominees for Best Drama, Comedy + Limited Series 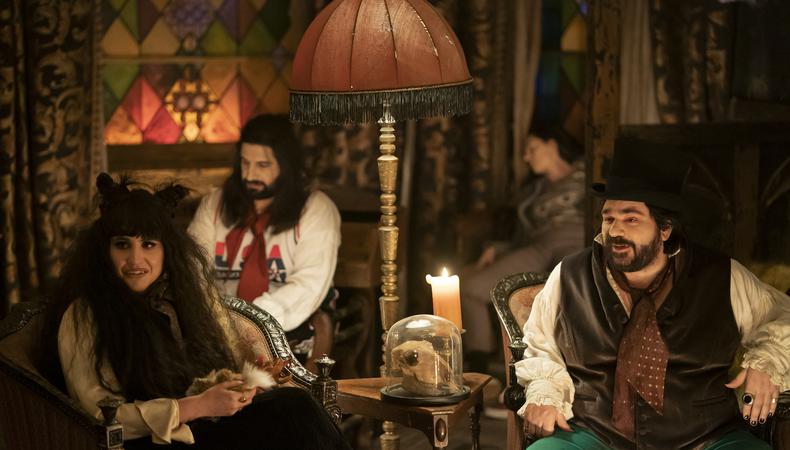 In a year of tumult and uncertainty, it’s nice to know the 2020 Emmy Awards are still on track. Television Academy members are currently considering which of the 2019–20 TV season’s dramas, comedies, and limited series deserve the distinction of most outstanding. Whether you’re a voter on the 72nd Primetime Emmy Awards and need a refresher or are just looking for prestige TV-watching options in lockdown, read on for your cheat sheet to the 2020 Emmy-nominated shows.

OUTSTANDING COMEDY SERIES
“Curb Your Enthusiasm” (HBO)
Larry David’s “Curb Your Enthusiasm” returned after a hiatus, reminding us how to laugh at both Hollywood celebrities and ourselves. Now that it’s back, audiences may be in danger of taking it for granted. The distinct humor of this show, which pokes fun at and comments on current issues in a way that can only be described as David-esque, is at the exact degree of remove from reality we need in these chaotic times.

“Dead to Me” (Netflix)
Season 2 of Liz Feldman’s darkest of dark comedies—seriously, every episode features at least one emotional breakdown—about two wine-guzzling frenemies getting away with murder in sunny Southern California earned far more Emmy recognition than its first outing. And for good reason—Christina Applegate and Linda Cardellini plumbed new depths in the increasingly strong bond between their hilarious Jen and Judy.

“The Good Place” (NBC)
Imagine if “Parks and Recreation” were set in the afterlife or if “Lost” had a sense of humor. Such was the twisty world of four seasons of “The Good Place.” Michael Schur’s hellishly clever comedy took an already ambitious conceit—Kristen Bell, William Jackson Harper, Jameela Jamil, and Manny Jacinto play lost souls to Ted Danson’s friendly neighborhood demon, assisted by D’Arcy Carden’s charmingly all-knowing non-robot—and expanded to encompass philosophical debates about human morality that are somehow both hilarious and touching.

“Insecure” (HBO)
Adulthood can be bleak. As depicted by “Insecure” series co-creator and star Issa Rae, friendships, sex and romance, and career paths take on a gritty sense of naturalism. Yvonne Orji, Jay Ellis, Natasha Rothwell, and more continue to give funny, touching, and relatable performances. Rae is forging her own path through Hollywood, creating space for more artists like her while upping her own game on- and off-camera.

“The Kominsky Method” (Netflix)
Chuck Lorre’s homage to Hollywood and its wacky characters continues to find opportunities to show off the talents of an impressive cast. Michael Douglas gives one of the most lived-in performances of his career as acting coach Sandy Kominsky, generating a kind of onscreen magic opposite Alan Arkin’s dry Norman Newlander. With Sarah Baker, Nancy Travis, and the many other actors playing Sandy’s students, Lorre and his cast continue to create frivolous, feel-good TV.

“The Marvelous Mrs. Maisel” (Amazon Prime Video)
Three seasons into this streaming Emmy winner, we feel intimately connected to its cast of oddballs and the gorgeous, zany version of midcentury New York that Amy Sherman-Palladino has created. There isn’t a moment of screen time when any of the actors—Rachel Brosnahan, Alex Borstein, Tony Shalhoub, Marin Hinkle, Luke Kirby, Jane Lynch, and now Sterling K. Brown, LeRoy McClain, and Wanda Sykes—aren’t at their heightened, hilarious best.

“Schitt’s Creek” (Pop TV)
That this modest Canadian comedy from Eugene and Dan Levy had a small cult following in its early seasons and is now nominated for TV’s highest honor is a testament to its infectious hilarity. Following the one-percenter Rose family after they’re forced to file for bankruptcy and relocate to a backwater town, “Schitt’s Creek” has, throughout its six seasons, created characters who are both cartoonish and three-dimensional—none more so than Catherine O’Hara’s Moira, who is a comedic masterpiece.

“What We Do in the Shadows” (FX)
Based on his hit film of the same name, Jemaine Clement’s “What We Do in the Shadows” feels like the unlikeliest Emmy contender. That isn’t to say it’s not worthy of the honor; it produced some of the most off-kilter, laugh-out-loud moments you could find on this TV season. But a wry mockumentary about modern-day vampire roommates is strange enough on paper, even without the idiosyncrasies of stars Kayvan Novak, Matt Berry, Natasia Demetriou, Harvey Guillén, and Mark Proksch.

OUTSTANDING DRAMA SERIES
“Better Call Saul” (AMC)
This prequel to “Breaking Bad” is no longer just for fans missing that iconic series. Vince Gilligan and Peter Gould’s drama is a phenomenon in its own right, a triumph of writing, directing, and especially acting. In bringing to life Jimmy McGill, aka Saul Goodman, Bob Odenkirk coheres wonderfully with co-stars Jonathan Banks, Rhea Seehorn, Patrick Fabian, Michael Mando, and Giancarlo Esposito. Together, they build a playground of moral ambiguity.

“The Crown” (Netflix)
The Season 3 cast of Peter Morgan’s beloved prestige drama had to play real public figures while following in the footsteps of other actors. Olivia Colman is commanding and nuanced as Queen Elizabeth II, making the viewer understand the weight of the crown she must bear; Helena Bonham Carter brings her trademark charm to Princess Margaret; and Tobias Menzies makes us feel for the directionless Prince Philip. Compelling supporters include Princess Anne (Erin Doherty), Prince Charles (Josh O’Connor), and Camilla Shand (Emerald Fennell).

“Killing Eve” (BBC America)
Women are empowering themselves in front of and behind the camera in more and more projects recently, but “Killing Eve” may be the standard bearer of unapologetically feminist TV. Creator Phoebe Waller-Bridge has invited new female showrunners to continue Eve and Villanelle’s murderous exploits, while stars Sandra Oh, Jodie Comer, and Fiona Shaw bring to life women who remain endlessly surprising, dangerous, and fascinating.

“The Mandalorian” (Disney+)
The Primetime Emmys and “Star Wars” have never had a chance to mingle, but the launch of Disney+ has allowed Television Academy members to consider a series that feels like both a prestigious, artfully made drama and pure mainstream entertainment. Creator Jon Favreau crafted “The Mandalorian” to exist within the “Star Wars” galaxy but expand into other genres, namely the Western, to showcase Pedro Pascal’s masked warrior (and his adorable sidekick, popularly known as Baby Yoda).

“Ozark” (Netflix)
Particularly on its explosive third season, middle-class American banality and the thrilling criminal underworld are woven together with increasing ambition by “Ozark” creators Bill Dubuque and Mark Williams. They also deserve credit for finding new depths in producer-director-star Jason Bateman—who plays a family man caught up with a Mexican cartel—and for showcasing the sheer darkness of Laura Linney as a steely matriarch and Julia Garner as a budding kingpin.

“Stranger Things” (Netflix)
David Harbour and Winona Ryder are still magnetic on the Duffer Brothers’ binge-worthy ’80s adventure. But it’s the cast of kids, led by a heart-on-his-sleeve Finn Wolfhard, who are the core of “Stranger Things.” Noah Schnapp and Millie Bobby Brown are particular standouts, grappling with the supernatural in emotionally trying ways. Caleb McLaughlin and Sadie Sink play off each other with ease, as do Gaten Matarazzo and Joe Keery, providing scene-stealing comic relief with newcomer Maya Hawke. 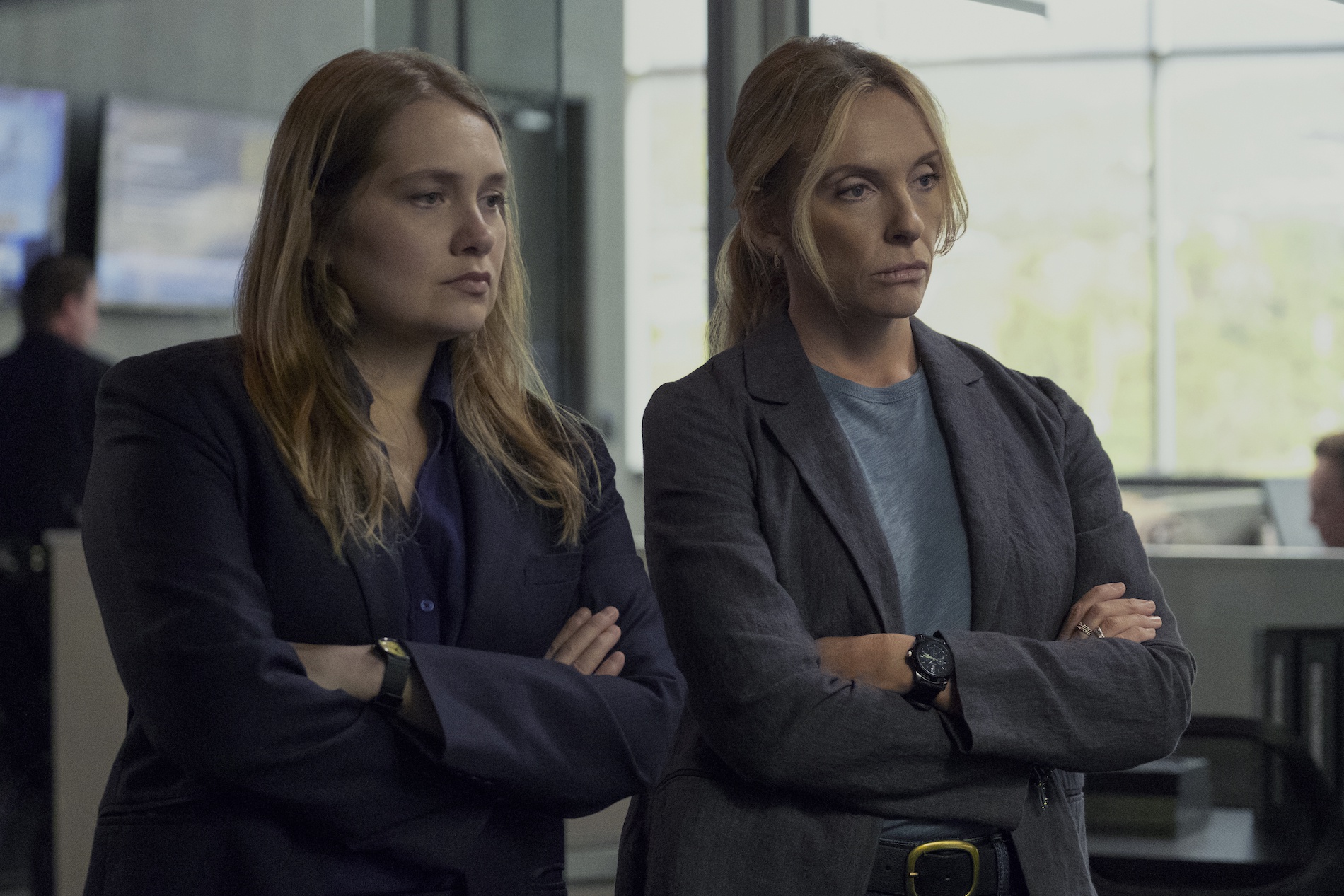 OUTSTANDING LIMITED SERIES
“Little Fires Everywhere” (Hulu)
Based on Celeste Ng’s hit page-turner of a novel, Liz Tigelaar’s “Little Fires Everywhere” proves to be far more than what it looks like on the surface: a star vehicle for producer-actors Reese Witherspoon and Kerry Washington. Supported by Joshua Jackson, Rosemarie DeWitt, Jade Pettyjohn, Lexi Underwood, and more, it’s a story of both petty drama and dangerous deceit, specific to its picture-perfect suburban neighborhood yet all too universal.

“Mrs. America” (FX)
Dahvi Waller’s limited series, depicting the movement to ratify the Equal Rights Amendment in the 1970s, defies expectation at every turn. Rather than starting the story from the perspective of the colorful characters who made feminism mainstream—Gloria Steinem, Shirley Chisholm, Bella Abzug, and Betty Friedan among them, played by an all-star cast—we begin with Cate Blanchett’s shrewd conservative activist, Phyllis Schlafly. The series, like Blanchett’s performance, is meticulously multilayered and gorgeous to look at.

“Unbelievable” (Netflix)
Susannah Grant, Ayelet Waldman, and Michael Chabon’s adaptation of the real-life story of a serial rapist, told entirely from the perspective of a victim and the two detectives who hunted him down, is remarkable for what it balances: edge-of-your-seat suspense, heartbreaking trauma, and, most of all, outrage. Kaitlyn Dever, Merritt Wever, and Toni Collette give three of the most poignantly nuanced performances of this TV season, raising the bar for female-led stories and stirring depictions of resilience.

“Unorthodox” (Netflix)
What makes Anna Winger’s “Unorthodox” such a worthy Emmy contender is how engrossing it becomes. The story of a 19-year-old Jewish woman named Esty, unhappy enough in her Orthodox community in Brooklyn to escape to a secular life in Berlin, doesn’t sound like the kind of experience that most people could relate to. But thanks to precise directing, insightful writing, and a stunning star turn from lead Shira Haas, this is a miniseries for the ages.

“Watchmen” (HBO)
Damon Lindelof’s miniseries spin on the classic graphic novel “Watchmen” challenges and expands what adaptations can accomplish, presenting a sequel, a remix, and a rethinking of a known property in the context of American racism. Yes, there are science-fiction and supernatural elements: Regina King kicks ass as a masked nun, Tim Blake Nelson is obsessed with the squids falling from the sky, and don’t even try to understand what Jeremy Irons is doing. But at its core, this “Watchmen” is an urgently relevant dismantling of what we value in America.

Jack Smart
Jack Smart is the awards editor at Backstage, where he covers all things Emmy, SAG, Oscar, and Tony Awards. He also produces and hosts Backstage’s awards podcast “In the Envelope” and has interviewed some of the biggest stars of stage and screen.
END_OF_DOCUMENT_TOKEN_TO_BE_REPLACED