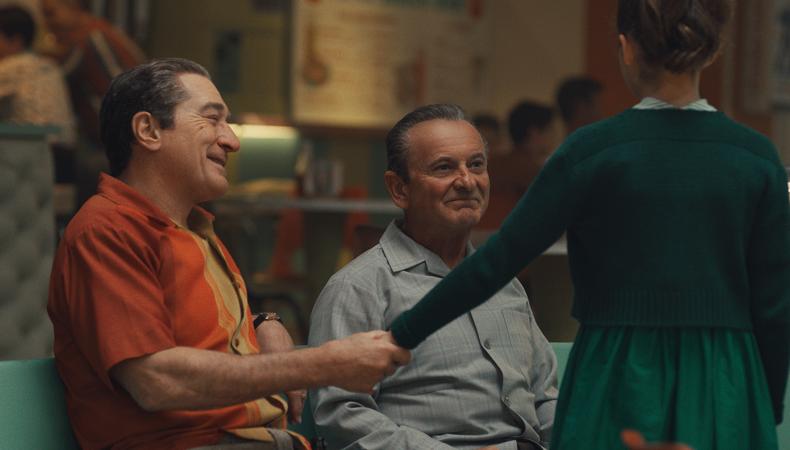 Announced Dec. 11 by America Ferrera and Danai Gurira from the Pacific Design Center in Los Angeles, the nominees for the 2020 Screen Actors Guild Awards represent the year’s best acting on screens big and small, as chosen by actors.

The nominees for SAG’s top film award, the outstanding cast in a motion picture prize, are Lionsgate’s “Bombshell,” Netflix’s “The Irishman,” Fox Searchlight Pictures’ “Jojo Rabbit,” Sony’s “Once Upon a Time in Hollywood,” and Neon’s Korean hit “Parasite.”

Leading the race with the most nominations—in both film and television—was Netflix with 20 overall. The streaming giant netted four nominations for Martin Scorsese’s “The Irishman” including supporters Al Pacino and Joe Pesci, and three for Noah Baumbach’s “Marriage Story” including leads Adam Driver and Scarlett Johansson and supporter Laura Dern. On the TV side, “The Crown” scored three for drama ensemble, Olivia Colman, and Helena Bonham Carter, “The Kominsky Method” for comedy ensemble, Michael Douglas, and Alan Arkin, while “Stranger Things” earned recognition for drama ensemble, stunt ensemble, and star David Harbour.

The actors earning multiple film nods this year were Johansson, Pacino, and Margot Robbie, the latter individually nominated for Jay Roach’s “Bombshell.” Her co-star Nicole Kidman also netted three, counting her work in the ensemble of HBO’s drama “Big Little Lies” (which earned her a SAG statue for its first season). Colman was another three-time nominee: two for “The Crown” and one in the ensemble of “Fleabag,” the Amazon Prime Video comedy that nearly swept this year’s Emmy Awards.

Phoebe Waller-Bridge, creator and star of “Fleabag,” was nominated for female comedy actor alongside Christina Applegate of Netflix’s “Dead to Me,” Catherine O’Hara of Pop TV’s “Schitt’s Creek,” and both Alex Borstein and Rachel Brosnahan of Amazon’s “The Marvelous Mrs. Maisel”; the Amy Sherman-Palladino award champ earned the most SAG TV nods this year counting comedy ensemble and star Tony Shalhoub. “The Morning Show,” a new drama on new streaming network Apple TV+, earned individual honors for stars Jennifer Aniston, Steve Carell, and Billy Crudup. Hulu’s “The Handmaid’s Tale” and HBO’s “Game of Thrones” each got individual nods, for Elisabeth Moss and Peter Dinklage respectively, as well as drama ensemble.

The limited series and TV movie categories included many repeat nominees from the leading and supporting 2019 Emmys, including winners Michelle Williams for FX’s “Fosse/Verdon,” Patricia Arquette for Hulu’s “The Act,” and Jharrel Jerome for Netflix’s “When They See Us,” plus new additions Russell Crowe for Showtime’s “The Loudest Voice” and Toni Collette for Netflix’s “Unbelievable.”

In a particularly competitive year for leading male film actor, Driver is SAG-nominated alongside Christian Bale for 20th Century Fox’s “Ford v Ferrari,” Leonardo DiCaprio for “Once Upon a Time in Hollywood,” Joaquin Phoenix for Warner Bros.’ “Joker,” and Taron Egerton for Paramount Pictures’ “Rocketman.” The leading female actor prize is no less competitive, with Johansson, Cynthia Erivo for Focus Features’ “Harriet,” Lupita Nyong’o for Universal Pictures’ “Us,” Charlize Theron for “Bombshell,” and Renée Zellweger for Roadside Attractions’ “Judy.”

Last year’s ceremony crowned Brosnahan and Shalhoub plus the ensemble of “Maisel,” as well as the ensemble of “This Is Us” (this year nominated only for drama actor Sterling K. Brown) and drama actress Sandra Oh for “Killing Eve” (her co-star Jodie Comer is now nominated instead). When it comes to the guild’s film cast award, the winning title has gone on to win the Oscar for Best Picture 11 out of 24 times in the category’s history (last year’s SAG ensemble winner, “Black Panther,” netted six Oscar nods with three wins). Which of this year’s big-screen contenders could go on to score at the 92nd Academy Awards? The answer will be revealed at their nominations announcement Jan. 13 and ceremony Feb. 9.

Recognizing the best on-screen performances of film and TV in the calendar year, the 15 SAG Award categories are the entertainment industry’s only honors given to and decided upon by actors; if you are a card-carrying SAG-AFTRA member, you are eligible to vote! The 26th annual ceremony, held Jan. 19, 2020, will be simulcast live on TNT and TBS from the Los Angeles Shrine Auditorium. As was previously announced, this year’s Life Achievement Award honoree will be “The Irishman” and “Joker” star Robert De Niro.

For a full list of nominees and more on the SAG Awards, visit their site.

Jack Smart
Jack Smart is the awards editor at Backstage, where he covers all things Emmy, SAG, Oscar, and Tony Awards. He also produces and hosts Backstage’s awards podcast “In the Envelope” and has interviewed some of the biggest stars of stage and screen.
END_OF_DOCUMENT_TOKEN_TO_BE_REPLACED