‘Irishman,’ ‘Once Upon a Time’ + ‘Succession’ Win Big at 25th Critics’ Choice Awards 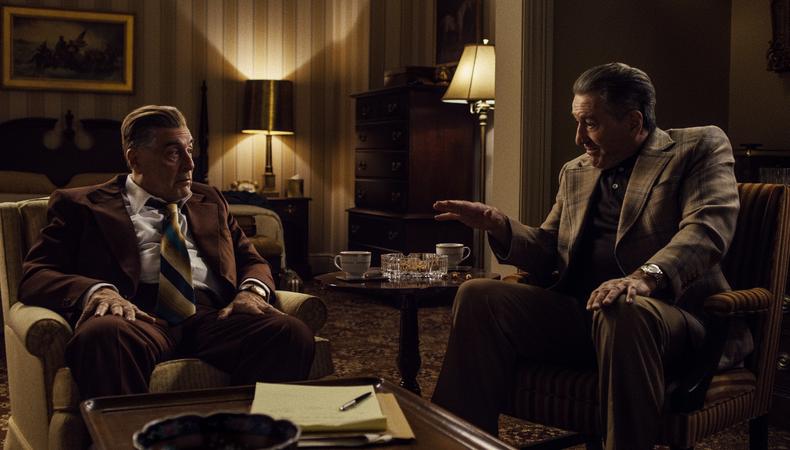 During a season seemingly more packed than usual with awards nominations and ceremonies as an early Oscars date approaches, it was the Critics’ turn on Jan. 12. Celebrating film and television’s very best, the 25th annual Critics’ Choice Awards were broadcasted live on The CW from the Barker Hangar in Santa Monica, California.

For the second year in a row, stage and screen star Taye Diggs hosted the ceremony, which recognized achievement on big and small screens in 2019 by the Broadcast Film Critics’ Association and the Broadcast Television Journalists Association. Capping off a week crammed with guild nominations and BAFTA’s picks for the best in film, Sunday’s results are the next step in carving out Oscar and SAG predictions.

Everything you need to know about the Critics’ Choice Awards

Film acting awards echoed Jan. 5’s Golden Globes with statues for Laura Dern in “Marriage Story” and Brad Pitt in “Once Upon a Time...in Hollywood” in the Supporting Actress and Actor Categories, Joaquin Phoenix in “Joker” winning Best Actor, and Renée Zellweger taking home the prize for “Judy.” Double wins could indicate these categories are shaping up ahead of next month’s Oscars. Roman Griffin Davis was also recognized for his work in Fox Searchlight’s “Jojo Rabbit” as Best Young Actor.

Netflix’s “The Irishman,” the night’s most nominated title, took home the award for Best Acting Ensemble, a possible indication of its chances at the SAG awards later this month where the film is also in contention. Behind the camera awards also looked similar to the Globes’ results with Quentin Tarantino’s “Once Upon a Time” picking up the Best Original Screenplay statue, Neon’s Korean entry “Parasite” winning Best Foreign Language Film, and a tie for Best Song between the entries from “Rocketman” and “Wild Rose.” After being notably shut out of Globes nominations, Greta Gerwig walked away a winner in the Best Adapted Screenplay category for “Little Women.”

“Dolemite is My Name” star Eddie Murphy was honored with a Lifetime Achievement Award, and the Netflix original film he led won Best Comedy. Golden Globe top prize winner “1917” took home a few awards, including Sam Mendes tying in the Best Director category with “Parasite” helmer Bong Joon-ho, but the top award ultimately went to “Once Upon a Time” on Sunday.

On the TV side, BBC and Amazon Prime Video’s “Fleabag” continued its winning streak from the 2019 Emmys and Golden Globes, with wins for Best Comedy Series, plus creator Phoebe Waller-Bridge and Andrew Scott in the Best Actress and Best Supporting Actor in a Comedy Series categories, respectively. The Best Supporting Actress statue went to Alex Borstein for her much-lauded work on Amazon’s “The Marvelous Mrs. Maisel.”

Stellan Skarsgård picked up another trophy for his supporting role in HBO’s “Chernobyl” and Toni Colette was recognized for her supporting work in Netflix’s “Unbelievable” in the Limited Series race. Jharrel Jerome’s turn in Netflix’s “When They See Us” and Michelle Williams’ work in FX’s “Fosse/Verdon,” both Emmy-winning leading performances, completed those categories.

HBO also had a good night, with acting awards going to Regina King and Jean Smart for “Watchmen” in the Best Actress and Supporting Actress drama categories, and “Succession” actor Jeremy Strong took home Best Actor in a Drama Series. Bill Hader rounded out the comedy winners for Best Actor in “Barry.” Apple TV+ took home an acting award as well, for Billy Crudup’s performance in “The Morning Show.”

Top TV awards went to Netflix for both “When They See Us” and “El Camino: A Breaking Bad Movie,” winning Best Limited Series and Best Movie Made for Television, respectively. “Succession” took home its second win of the week for Best Drama Series.

Past winners have established frontrunners for the latter half of film awards season in the complicated formula that results from weeks of campaigns, press, and high profile releases. Keep an eye on Backstage’s awards coverage to see how the rest of the season unfolds.

For the full list of 2019 Critics’ Choice Award winners, visit their site.