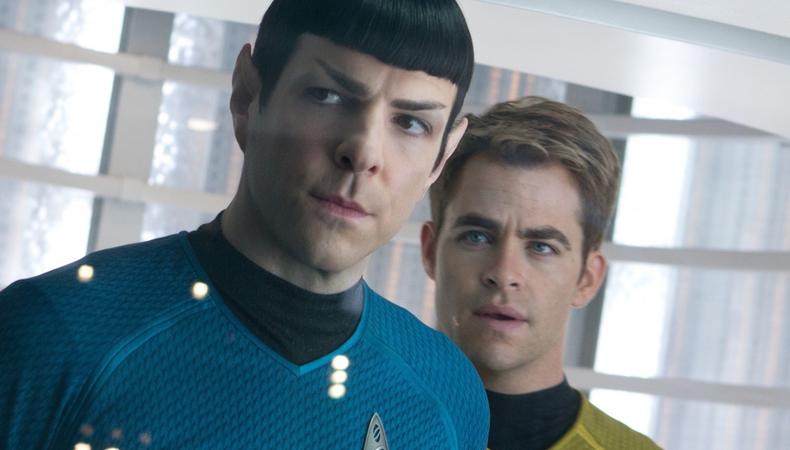 “Star Trek”
Noah Hawley is going boldly where several men have gone before. The “Fargo” and “Legion” creator has reportedly been tapped to write and direct the next installment of the “Star Trek” franchise. According to Variety’s sources, Chris Pine, Zachary Quinto, Karl Urban, and Zoe Saldana will all return to man the U.S.S. Enterprise under Hawley, with J.J. Abrams returning to produce under his Bad Robot production banner. This will be the fourth film in the cinematic series. S.J. Clarkson was originally supposed to direct last year, but the attempt was shelved. April Webster and Alyssa Weisberg have been the franchise’s casting directors—expect them to return for the next installment.

“The Batman”
John Turturro will be the next to head into Gotham. The “The Night Of” star is set to join the cast of Matt Reeves and Warner Bros.’ “The Batman,” starring Robert Pattinson, Reeves announced on Twitter that Turturro will be playing Gotham City gangster Carmine Falcone, joining the previously announced cast including Zoe Kravitz, Paul Dano, Colin Farrell, Jeffrey Wright, and Andy Serkis. Filming is not yet scheduled, though Variety’s sources claim it could start next month or in early 2020. “The Batman” is scheduled to hit theaters on June 25, 2021. Cindy Tolan is the casting director.

“The Man in the Rockefeller Suit”
Following his critically-acclaimed and Oscar-nominated “The Favourite,” director Yorgos Lanthimos will return with his next project: a limited series adaptation of “The Man In The Rockefeller Suit,” based on Mark Seal’s New York Times bestselling nonfiction book. The series will follow the book in telling the true story of Clark Rockefeller, a mysterious descendant of the Rockefeller clan, whose decades-long web of deception begins to unravel when his wife Sandra begins to suspect he isn’t who he says he is. The project reunites Fox Searchlight and Lanthimos after working on “The Favourite” and is seemingly right in Lanthimos’ wheelhouse. The adaptation was initially developed as a feature written by David Bar Katz and with Benedict Cumberbatch attached to play the lead. Lanthimos will direct and produce with David Gilbert (“The Normals”) writing the script.

“Power of the Dog”
While Cumberbatch will (likely) not be playing Clark Rockefeller, he will be playing one of two leads in the upcoming “Power of the Dog,” and now, he has found his co-star. “Fargo” and “Breaking Bad” star Jesse Plemons will replace Paul Dano in the feature, who has left due to scheduling conflicts with the aforementioned “The Batman.” He and Cumberbatch will play two wealthy brothers, one fastidious and gentle and one brilliant and cruel, who are the joint owners of the biggest ranch in Montana. Kirsten Dunst will also star in the pic, playing a local widow who Plemons’ character secretly marries, leading Cumberbatch’s character to wage a sadistic and relentless war to destroy her by using her son. Jane Campion will direct from her own script, and the feature will be released on Netflix and in theaters in 2021. Nina Gold and associate Martin Ware are casting the film from the United Kingdom.

“The Staircase”
Harrison Ford is moving to TV for the first time as a series regular. First reported by Variety, the “Star Wars” and “Indiana Jones” star will lead the upcoming “The Staircase” from Annapurna TV based on the 2004 documentary series focused on Michael Peterson, the author accused of murdering his wife in 2001. At this time the project is still being shopped, but Ford is attached to executive produce the series in addition to starring with Antonio Campos writing and executive producing. Be sure to keep an eye out on this project for future information and casting news once a network snaps it up.

“Renfield”
“Bohemian Rhapsody” and “Rocketman” director Dexter Fletcher will take a break from working on musical biopics to head into the genre film territory and will next helm Universal’s “Renfield,” a monster movie centered on the Dracula henchman R.M. Renfield. “Rick and Morty” writer Ryan Ridley penned the script, which was based on an original pitch from Robert Kirkman. and follows the titular Renfield, an inmate at an asylum who was thought to be suffering from delusions but was actually a servant of Dracula. Plot details on the adaptation are currently unknown, but it is expected to take place during the present day. Fletcher typically works with CD Reg Poerscout-Edgerton.

“The Harder They Fall”
Idris Elba will ride into the Wild West for his next role, joining Jonathan Majors in “The Harder They Fall,” an all-black Western feature for Netflix. Music mogul Jay-Z will produce the project with James Lassiter, Lawrence Bender, and Jeymes Samuel, who will be making his feature directorial debut in addition to co-writing the script with Boaz Yakin. Samuel will also be co-writing the music with Jay-Z (the two have previously collaborated on “The Great Gatsby” soundtrack). The film will follow outlaw Nat Love (Majors), who discovers the man (Elba) who killed his parents two decades ago is being released from prison and reunites with his gang to track his enemy down. This is actually the second Western Elba is currently working on, the other being “Concrete Cowboys,” which began filming earlier this year. “The Harder They Fall” is scheduled to be released on Netflix in 2020.