How to Market Your Voiceover Demo Reel 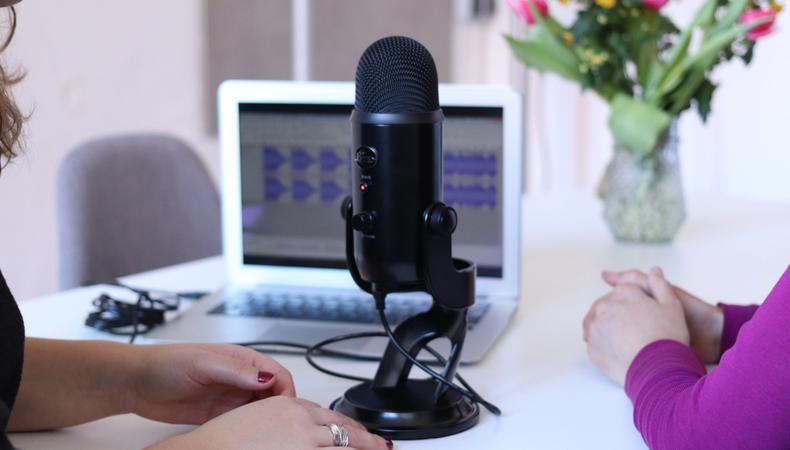 There’s really no point in having a demo if no one knows you have one. Out of sight, out of mind, right? Promotion allows you to take matters into your own hands. Without it, all your hard work could be for nothing. After all, you wouldn't walk through a grocery store and purchase anything that was completely foreign to you. We generally go with what we know. We reach for what is familiar, and familiarity comes about with repeated promotion (it’s why advertising is such big business!).

Coca-Cola and McDonald’s are both time-tested household names for one reason: They never stop promoting. This should be your mission, too. Any successful businessperson will tell you promotion is better than 90% of their business. You might even say promotion makes their business. The remaining 10% of the equation is your product: your performance and a demonstration of your abilities on your voiceover demo.

Yet, most voice talents rely on auditions as their sole form of promotion, which could account for why so few go the distance. Industry professionals respond to proper marketing and branding, and are more likely to book you based on familiarity. Therefore, committing to an effective, tried-and-true promotional plan is critical to the success of your small business as a voiceover because it establishes you as a familiar name and reliable brand. In fact, as a small business owner, you should expect to dedicate no less than three to five years to establishing and furthering your brand through consistent promotion. Plus, if you want to be discovered or attract someone who is not yet familiar with you, a reel on your website does that without any extra work or networking.

However, cold-calling professional producers, casting directors, and talent agents is a big no-no, as well. Only a novice would do so. What marketing and PR professionals know that you might not is that your target audience doesn’t even realize you’re attempting to communicate with them until you’ve promoted yourself at least 12 to 15 times. Therefore, your promotional postcards (yes, postcards!) must be sent again and again and again to the same individuals before they are likely to even acknowledge your presence.

There are essentially two forms of promotion: one is to establish representation with the talent agents, and the other is to make your name known and familiar with those most likely to hire you as a voice talent. Promoting yourself to the talent agents is a wholly separate endeavor from your ongoing promotion (which will remain your job well after you have secured representation from a handful of reliable talent agents in multiple regions) if you hope to expose yourself to the greatest number of opportunities. And contrary to what you might assume, you don’t need an agent prior to promoting yourself professionally with those most likely to hire you.

Why producing a demo of your voiceover demo is a bad idea.

Over the years, I’ve put together an exclusive, strategic marketing plan along with some remarkable mailing lists, which are maintained and updated continuously. It’s a way to help talent promote themselves to the greatest number of professional contacts available anywhere! It’s the most direct access I know of to those most likely to hire voiceover talent. In other words, I practice what I preach. It’s what I call my “secret sauce,” and now I’ve given you a taste. So get yourself out there. It’s your career. Own it! It doesn’t exist without you promoting it!

This article was originally published on July 22, 2016. It has since been updated.

Kate McClanaghan
Kate McClanaghan is a casting director, producer, and founder of both Big House Casting & Audio (Chicago and Los Angeles) and Actors’ Sound Advice. She’s a seasoned industry veteran and actor who has trained actors and produced demos for more than 5,000 performers over her 30 years in the business.
END_OF_DOCUMENT_TOKEN_TO_BE_REPLACED