What You Need to Know About Working at a Theme Park 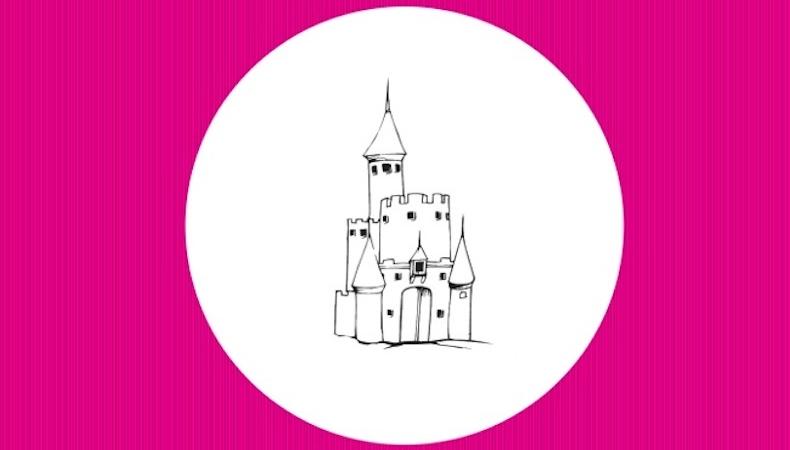 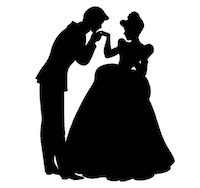 Be honest: you’ve always dreamt of portraying a Disney prince or princess. If not, you’ve certainly had elaborate fantasies about stepping into the globe-saving shoes of your favorite superhero, right? As actors, many of you probably even found your first performative yearnings doing as much as children. But just because you’re a grownup now, that doesn’t mean you have to let those dreams go unfulfilled.

Enter theme park performance, where you’ll have the chance to entertain thousands upon thousands of visitors each season, and possibly even get to play some of your most beloved fictional characters. All the while, you’ll be gaining skills which will benefit you for all future acting endeavors, as well as bolstering your résumé with a credit that can help you stand out to casting directors.

How, exactly, will theme park performance make you a more well-rounded actor? And furthermore, where can you begin to look for theme park employment? You’ve come to the right place for answers to these questions and more. Here, we’ve compiled a comprehensive guide for everything you need to know about working at a theme park—no Fairy Godmother required!

Why would I want to work at a theme park?

From opportunities to portray beloved characters to the prospect of consistent work, there are many reasons why a theme park job can and should be more than just a holdover until the next thing comes along. The best actors know worthwhile experience can be mined anywhere and that’s certainly true of theme park gigs. Here are a few reasons why you should not just settle for a gig at a theme park, but actually go after one:

How will theme park work develop my skills as an actor? 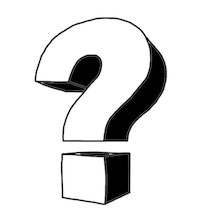 Above all else, you want to be sure that whatever you’re doing is helping you to better and deepen your craft. Regardless of what, specifically, your given role is at a theme park, you will be developing various aspects of your skillset. Here’s how:

Are there regional differences in theme parks I should know about?

We’re sure glad you asked! Okay, you didn’t, but it’s important nonetheless, because there are definitely some key differences in theme parks depending on the region they’re located. Here they are, simplified below, so you know what to expect from Florida to California and everywhere between:

Hotter or more humid climates like Florida will bring with them added challenges such as overheating and dehydration. It will also increase the likelihood for physical exhaustion, however, that can occur in more temperate environments, as well. Therefore, the most crucial advice for theme park performers, regardless of where they are in the world, is to stay hydrated and stay focused, which will help you brave all elements in stride. “Maybe you’re cold, hot, hungry, thirsty,” says Joseph Regan, the veteran Renaissance fair performer. “Maybe it’s 100 degrees out, you’re wearing this hot clothing and thinking, I don’t think I can make it. But that [mentality] will help to refocus you.”

How and when can I get a theme park job?

At this point, we hope to have illuminated the merits of theme park performance and perhaps you agree that this could be a great building block for your acting career. So, how do you actually go about booking one of these great gigs? And when? Here’s what you should know:

Backstage:
By reading this guide, you’re already well on your way to booking a theme park gig. Backstage is one of the most useful resources you could have for booking any job, and our extensive casting notices are proof of that. But you can also tailor job opportunities to be more specific, such as theme park gigs. Head to Backstage’s homepage, go to the first Casting Calls tab, filter on the right to “Performing Arts: Theme Parks,” and you have instant access to tons of opportunities right before your eyes.

The theme park heavy-hitters:
Backstage can surely help you to find individual jobs that suit you. But there are also certain parks that seek talent on a more regular basis, or via more unified measures. Below, Backstage has rounded up how three of the biggest parks find their performers:

When should I look for a job?

This will, again, vary depending on the individual park’s schedule and needs, but there will generally be periods throughout the year more prime for hiring than others. Six Flags Great Adventure in Jackson Township, New Jersey, for example, starts their hiring process in the depths of winter. The park’s public relations supervisor Kaitlyn Turi says February is the month in which the park starts “looking for dancers with backgrounds [in] musical theater and jazz, actors and models to play superheroes on the street, and people great with children.”

The iconic Dollywood, owned by and devoted to the even-more-iconic Dolly Parton, also starts its search for talent very early in the year; auditions are held in January in Nashville, Tennessee. “We give our performers an opportunity to perform at a theme park that’s owned by one of the most famous, world-class entertainers out there,” Roger White, the park’s stage manager and auditions coordinator, tells Backstage. White adds that Dollywood, the largest tourist attraction in Tennessee, tends to seek actors “interested in doing a couple of shows and making their résumés look better, and moving on to somewhere else.”

Again, there are some parks that are hiring all year long (and not just in those sunny climates). So, if you’re looking to get hired right now, Backstage has compiled the seven theme parks which are always hiring:

Auditioning for a theme park: 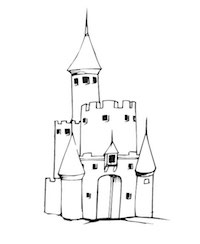 Whether you love auditioning or it’s the very bane of your existence, you do know how instrumental it is in your career. Auditioning for theme parks is in many ways just like auditioning for any other project onstage or screen. But there are a few specifics you should know pertaining to theme park auditions and what exactly theme park casting directors are looking for in an auditioner. See them here:

What do I need to know or do before I audition for a theme park?

What are theme park casting directors looking for in a performer?

What training do I need?

An especially awesome aspect of theme park performance is, unlike most other theater or on-camera gigs, prior acting experience isn’t necessarily required. In fact, this might be just the thing to help you gain experience for those subsequent jobs! “[We] generally look for people who have had some acting experience,” says Dinky Gowen, show producer and resident magician at Beech Bend Park in Bowling Green, Kentucky. “However, over the past 10 years there have been several fantastic performers who just had a natural talent.”

That is to say, there is no specific training you must procure in the hopes of landing a theme park gig. Instead, approach the prospect as you approach acting in general, and continue to seek all of the training you possibly can. (For helpful tips to do so, check out Backstage’s guide on How to Become an Actor, which is bursting with insight for training and beyond.)

What are the differences between acting in a theme park and acting onstage or on camera?

Though there are many similarities between theme park performance and other forms of acting (many of which we’ve mentioned above), there are unique aspects of theme park gigs that you may not experience elsewhere in your career. Don’t be caught off guard; check them out below:

Are there any famous actors who got their starts at theme parks?

We already mentioned that Broadway’s Adam Jacobs, legendary Steve Martin, and Michelle Pfeiffer all spent some of their early performance days working at theme parks. But they are hardly the only ones. Kevin Costner worked on the Disneyland Jungle Cruise decades ago (where he met his first wife, who was portraying Snow White at the park), and comedian Wayne Brady portrayed Tigger the tiger at Florida’s Walt Disney World. Stage and screen actor Taye Diggs also had a theme park job, performing at Disneyland Tokyo before landing his star-catapulting role in the original cast of “Rent” on Broadway.

Will working at a theme park interfere with auditioning for or performing other jobs simultaneously?

Even if you currently have a job at a theme park, it’s natural (and often encouraged) that you’re looking towards the next thing concurrently. Fortunately, theme park producers are generally aware of this dynamic, and have plans in place to anticipate it. Most theme parks, in fact, support their performers in their pursuit of other acting opportunities. “When full time theme park performers do outside performances at local theater companies, it is respected by the park, and the parks will often work with them to help make it happen,” says Cory Warren, the development director for the Garden Theatre in Florida.

Legoland’s Shawn Greiner echoes that sentiment, and explains that Legoland typically casts each role three deep so performers have flexibility with their schedules. “Most of our performers use this as their day job while performing in other theater companies as well,” he says. Additionally, theme park work can even help give you the edge for finding other inside-the-park work via free access to the park, advance notice on job postings, and an inside look at how the company operates.

Inspired to book a gig? Check out our Backstage casting calls!

Casey Mink
Casey Mink is the senior staff writer at Backstage. When she's not writing about television, film, or theater, she is definitely somewhere watching it.
END_OF_DOCUMENT_TOKEN_TO_BE_REPLACED

How to Choose Between a B.A. or BFA: Which Degree Is Right for Your Career? 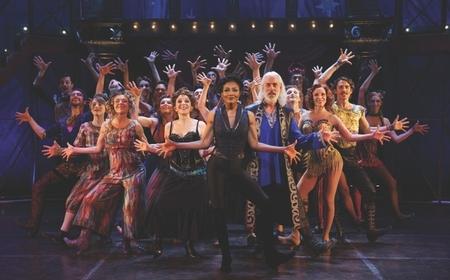 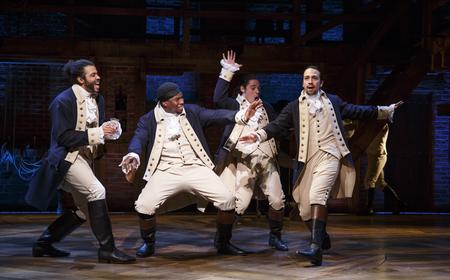 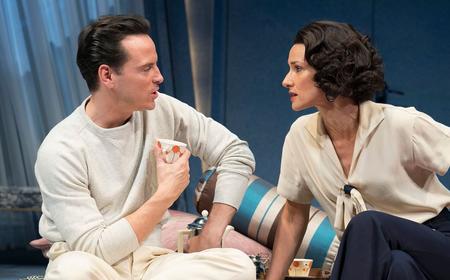 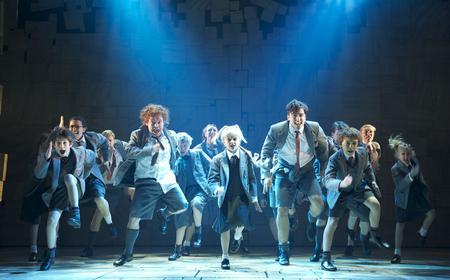