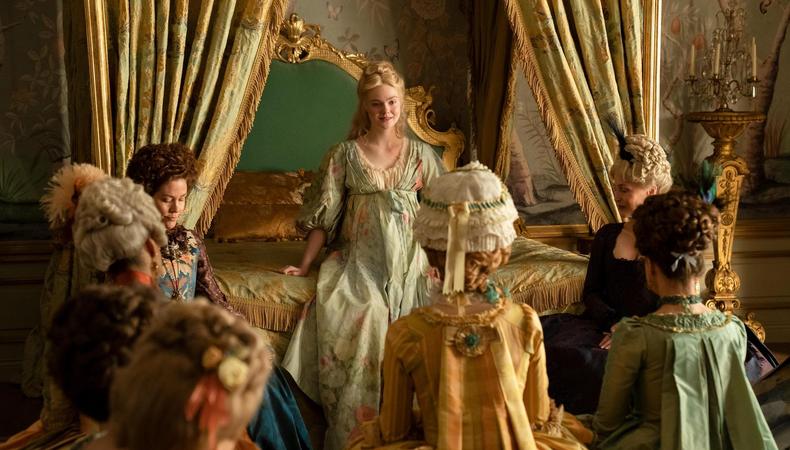 In its first season, Tony McNamara’s aptly titled royal comedy “The Great” billed itself as “an occasionally true story.” But by the end of Season 2, its title card went even further, informing viewers that they were watching “an almost entirely untrue story.”

Such cheeky subtitles capture the way this SAG Award–nominated Hulu series approaches its source material, in which Elle Fanning portrays Russian Empress Catherine and Nicholas Hoult plays her husband, Emperor Peter. The show’s anachronistic flourishes and performative affectations clearly signal that this is no history lesson. It’s a treat watching Fanning’s blushing bride-to-be become a canny strategist who’s eager to bring Russia into the Enlightenment, despite brutish violence and bloody backstabbing. It’s hard to quibble with the fact that “The Great” takes an inordinate amount of artistic license.

The comedic somersaults that the series performs are so impressive that history is beside the point. We’re definitely in the realm of farce here; the performers expertely calibrate McNamara’s signature black comedy, in which sex and power are two sides of the same coin. Joining Fanning and Hoult, whose wickedly witty repartee sets the tone for the show’s absurdist humor, is a nimble and sprawling ensemble who are all too eager to skewer the 18th-century Russian gentry.

Helping the newly pregnant empress—and pushing her in opposing directions—are Orlo (Sacha Dhawan), a humorless bureaucrat who’s enamored with the idea of a progressive Russia; and Velementov (Douglas Hodge), a drunken military general who’s in love with the spoils of war. They dim and challenge Catherine’s sunny idealism, transforming the once-gleeful young woman—who founded a school for girls and hosted a science competition—into a cunning and ruthless leader. As she comes into her own, Catherine begins to find her way around a sharp rallying speech and an even sharper dagger, learning when it’s best to deploy one or the other.

Allied with Peter are his best friend Grigor (Gwilym Lee) and his wife Georgina (Charity Wakefield). They both have such unwavering love for their emperor that they’ve let their own marriage fall by the wayside—especially considering Georgina’s sexual relationship with Peter is far steamier than the one she shares with her trusty, trusting husband. Meanwhile, the Archbishop (Adam Godley) and Marial (Phoebe Fox), two keen-eyed opportunists who are drawn in by the empress’ charm, find themselves constantly tested by ever-shifting allegiances. The former resorts to drug-induced “visions from God,” and the latter to her own wiles in order to emerge unscathed in a palace divided.

“The Great” is both a heated, prickly romance (and feud) between Catherine and Peter, and the most scathing political satire this side of “Veep”—with a sharp-tongued cast to match. Huzzah!