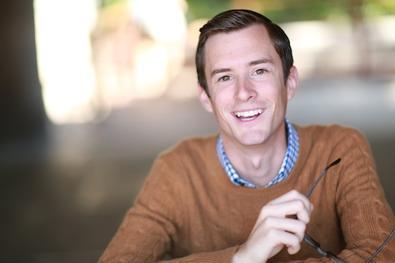 While Tim Grady was working regional jobs as an actor, his castmates would ask him to film them for auditions they were missing in New York. “And I kept thinking,” Grady says, “that there must be a way to showcase their talent better when they’re outside New York instead of having a FlipCam and trying to throw together a quick audition submission.”

After shooting for up to two hours with Tim and pianist-coach Eddie Schnecker, actors get a reel that showcases their talents and personality via songs and interview clips.

With experience making hundreds of reels, Grady offers some advice every actor should consider before making theirs.

Come performance ready.
Grady suggests meeting with your vocal coach and going over your material before your musical theater reel shoot, and to go with a song you know well, not necessarily one you just learned and think would be perfect.

“I always say to come performance ready with appropriate material, because when you’re about to create your musical theater audition reel you want to be completely off-book with music and lyrics,” he says. “And that sounds like a given, but when an actor comes into a room, the last thing you want to worry about is if you’re singing the right lyrics or singing the correct melody, and that’s something that people sometimes drop the ball on.”

Look like yourself on your best day.
“You want to walk into your reel filming looking like yourself, but on your very best day, just like you’re going into a photoshoot for your headshot. It’s not just one audition; you’re filming something that can be potentially seen my tons of casting directors, agents, directors, creative teams. So I say wear an outfit that appropriately showcases your body and the character type that you’re going for for that particular song,” he says.

Remember that it’s not for booking roles.
“The purpose of a reel is not to book the show necessarily,” he explains. “It’s more to show what you can do so that you can be brought back into callbacks to be seen later at an audition.

“It’s not to show every single thing you can do, it’s just to highlight your talents and be brought back into the room later when you’re in New York or there’s a callback.”

Don’t wait until the last minute.
Lastly, Grady says that you shouldn’t wait to get a musical theater reel.

“If they take action now to make a solid reel, they’ll have something professional and high quality to submit instantly when they do see that there’s something they’re going to be missing in New York [or elsewhere].”

To learn more about Tim Grady and make your musical theater reel with him, visit timgradyfilms.com.

Inspired by this post? Check out our musical theater auditions!