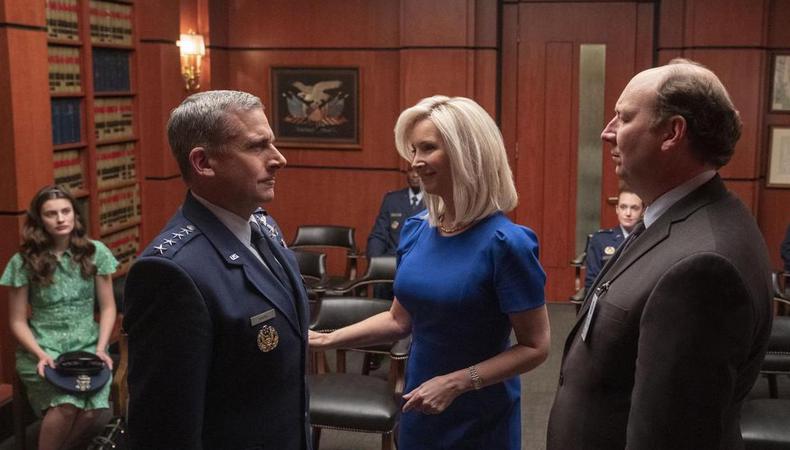 May is blooming with new series—perfect for sheltering in place amid a pandemic. And with 2020 Emmys eligibility ending on May 31, networks and especially streaming services have plenty to offer couch potatoes.

Stay safe and check out the full list of May TV premieres below!

ABC
ABC closes out the month with the seventh and final season of Joss Whedon’s “Marvel’s Agents of S.H.I.E.L.D.”

Acorn TV
On May 18, Acorn TV, a streaming service dedicated to international programming, primarily from the UK, will launch its newest original series: “Dead Still,” a dramedy murder mystery set in the Victorian era starring Michael Smily of “Luther” and Kerr Logan of “Game of Thrones.” On the 4th, “Gold Digger” premieres; the miniseries was created by the BBC and is an Acorn TV exclusive.

Amazon Prime Video
Prime offers up two series this month. The first, a new comedy from Greg Daniels, “Upload,” arrives May 1. Robbie Amell and Andy Allo star in the satirical comedy set in the future where people close to death can “upload” themselves into their ideal afterlife. Returning on the 22nd is “Homecoming,” this time without producer-star Julia Roberts or original creator-director Sam Esmail. This buzzy new season diverges from the podcast that inspired it, and stars Janelle Monáe, Chris Cooper, and Joan Cusack alongside two members of the original cast, Hong Chau and Stephan James.

AMC
On the 4th, AMC will launch the first non-streaming debut of a 2019 Shudder original series, “Creepshow.” On May 29 comes the premiere of the miniseries “Quiz” which stars Matthew Macfadyen, Michael Sheen, and Sian Clifford in a drama about a man cheating and winning a TV game show in the UK.

The CW
The newest DC Universe series, “Stargirl,” an adaptation of Geoff Johns’ comics, debuts on the 19th, and stars Courtney Whitmore, Joel McHale, Luke Wilson, Amy Smart, and Henry Thomas. The CW offers up two more shows this May; sci-fi drama “The 100” begins its seventh and final season, while on the 21st “Burden of Truth” launches its third outing.

HBO
On the first of the month, HBO launches the new dramedy “Betty,” spinning off the 2018 film “Skate Kitchen” which follows a group of female skateboarders in New York City. The film’s director and most of the cast return for the series. Delayed from its slated debut April 27, “I Know This Much Is True” will begin airing May 10. The buzzy limited series, adapted from Wally Lamb’s bestselling book of the same name, features Mark Ruffalo in dual rules as a pair of twins, as well as Rosie O’Donnell, Melissa Leo, Juliette Lewis, Kathryn Hahn, Imogen Poots, Rob Huebel, and Archie Panjabi.

HBO Max
Mark your calendars: the newest streaming service from AT&T and WarnerMedia, structured around HBO, launches May 27. Along with a large library of content, the streamer will kick off with its first original scripted series, “Love Life.” An anthology style romantic comedy series, the first season is slated to feature Anna Kendrick, Zoë Chao, Peter Vack, Sasha Compère, and Lesley Manville.

On the 8th, the newest iteration of Hulu horror anthology series “Into the Dark” will debut, “Into the Dark: Delivered.” The streaming service offers up a new comedy-drama-period series on the 15th: “The Great,” which stars Fanning as Catherine the Great alongside Nicholas Hoult, Phoebe Fox, and Adam Godley and comes from Tony McNamara, screenwriter of “The Favourite.”

National Geographic
On the 25th, the eight-part adaptation of Annie Proulx’s popular novel “Barkskins” debuts. Starring David Thewlis and Marcia Gay Harden, the miniseries is set in 17th-century Quebec; episodes will be available on Hulu after they’ve aired on the network.

NBC
The broadcast network launches the fifth and final season of crime drama “Blindspot,” starring Jaimie Alexander and Sullivan Stapleton, on May 7.

That same day, “The Eddy” debuts, starring André Holland, Joanna Kulig, Amandla Stenberg, and Tahar Rahim; the drama-musical, with original music by Glen Ballard and Randy Kerber, is set in Paris and comes from Chazelle, best known as the director of “La La Land.” On the 12th, Ellie Kemper, Tituss Burgess, Jane Krakowski, Carol Kane, and Jon Hamm of “Unbreakable Kimmy Schmidt” return for an interactive special entitled “Unbreakable Kimmy Schmidt: Kimmy vs. the Reverend.” Three more new series launch this month: international mystery thriller “White Lines” on the 15th, “Sweet Magnolias” based on the novel series by Sherryl Woods on the 19th, and “Space Force” on the 29th, with Carell finding himself in a new workplace comedy.

Showtime
Drama series “Billions,” starring Paul Giamatti and Damian Lewis, comes back for its fifth season on the 3rd, with Juliana Marguiles and Corey Stoll slated to make guest appearances. However, due to the coronavirus crisis, filming for the season was shut down early; the season’s final episodes will air later this year.

TNT
On the 17th the new series “Snowpericer” debuts, inspired by Jacques Lob’s graphic novel and the film adaptation from “Parasite” director Bong Joon-ho. Daveed Diggs and Jennifer Connelly star in the post-apocalyptic thriller adapted by “Orphan Black” creator Graeme Manson, which has already been greenlit for a second season.