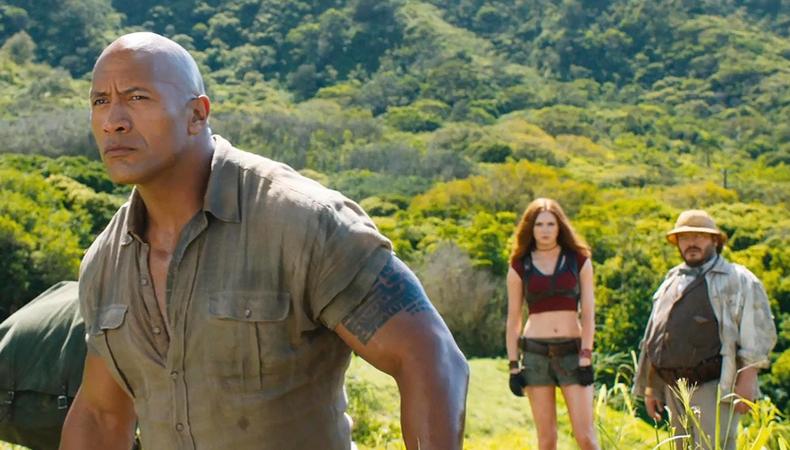 “Jumanji 2”
Welcome back to the jungle, Atlanta! Filming has officially begun on the sequel to the hit 2017 film “Jumanji: Welcome to the Jungle,” starring Dwayne “The Rock” Johnson, Kevin Hart, Karen Gillan, and Jack Black. The streets of Newnan have transformed this week as production crews for the film move in. With a little help from a snow machine, crews turned back (or sped up) time to the Christmas season the past two days. A portion of the film will also be shot around Newnan Square, including 19 W. Court Square, 8 East Washington St. Expect to see production continue in the Atlanta area for the next few months. Danny DeVito, Danny Glover, and Awkwafina will also star in the flick. Tammy Smith has been in charge of casting background actors around the city for the sequel, so make sure you keep an eye out on Backstage’s Atlanta film notices for future opportunities, including a current one seeking actors to portray trading post villagers that you can apply to now! And read from “Jumanji” producer Dany Garcia on how you can best leverage your platform!