10 Wild Things These Actors Did to Win Auditions 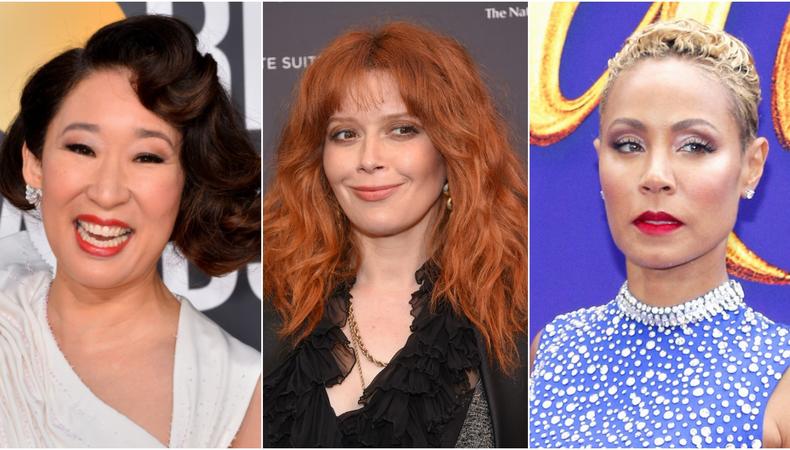 Think you’d do anything for your next role or a big break? You aren’t the only one. There are lots of actors willing to go the extra mile in audition, even if that means getting pretty weird. And often they score the role of a lifetime in the strangest ways possible. Of course, it doesn’t always work out that way, and sometimes, no matter how hard you try, you’re only left with a crazy story. Either way, it’s a great reminder that just showing up to an audition is not enough. Getting roles requires separating yourself from the pack and proving you can give 110 percent. Here are stories from some of the industry’s top talent describing the craziest thing they’ve done to score their next role, and whether it worked.

Jada Pinkett Smith, “Gotham”
“I came in with a gown and a short black wig, with a young man on a leash, who had no shirt on and ‘liar’ written across his forehead in lipstick. That was my first introduction….I thought, Forget it, instead of talking about who [the character] Fish Mooney is, let me just show [them]. I went method on it, definitely.”

Sharlto Copley, “The A-Team”
“I was promoting ‘District 9’ when [‘A-Team’ casting started]. I actually shot a series of scenes in my hotel room that I called ‘Things That Could Happen to Murdock in a Hotel Room.’ I sent those to [director] Joe Carnahan and that’s how I got the role…. There was some fun stuff. I was literally just improv-ing off stuff in the room. So it was stuff like... I had a communication with a flower. I was hearing voices. I had a hygiene issue in the bathroom. [I acted as if] B.A. was playing his rap music next door too loud and I couldn’t sleep. So I pretended to be the hotel manager and I phoned and said, ‘Hello, Mr. Baracus? You’re playing your music too loud.’ ”

Natasha Lyonne, “Russian Doll”
“A crazy thing I did was when I was not very popular or trending in showbiz, and I got this call: ‘Jenji Kohan wants you to do the finale episode of “Weeds.” ’ I was like, Holy shit! Nobody was offering me anything, you know? I got there, and the role was, like, spray tanned, orange skin, big yellow hair, frosted lipstick, and a little leopard skintight dress. Jersey kind of trashy vibe. And while I was there, I got the script for ‘Orange Is the New Black,’ which I can now see, of course, was all architected, that it was probably Jenji just checking to see if I was insurable....I went back to set and I started being like, ‘Hey, just so you know, I’ve also spent some time in prison.’ I started essentially trying to let the producers know in a friendly, still-professional, healthy boundaries way that I actually related to some things [in the script], and don’t be confused by my spray tan for this role, I actually am also somebody who can play prison and has some firsthand experience. Of course, years later, it’s funny to them. At that point, it was public knowledge and I was working so little because my reputation was so bad for being such a troublemaker that it was very funny to them, I guess, that I was trying to gently let them know that I might be right for this thing when they’d clearly sent for me and hired me for this job to see if I was ready to be essentially offered this other thing.”

Rhea Seehorn, “Better Call Saul”
“I had one where I found the character funny in this very offbeat way. It was fun for me to spin the lines, it was like she had other rules in her head that nobody else knew, so she had her own set of jokes she found amusing. I did the jokes they wrote, but I spun them as a person who was quite odd, and they didn’t enjoy that. And they let me know they didn’t enjoy it. I drove home thinking it was OK, because if I had had to do what I think they wanted, I wouldn’t have been the right person. I took such big risks on one that they actually thought I was ill or maybe had taken cold medicine, but they were all character choices. That was embarrassing. I was fine, but I took character choices that clearly didn’t go well.”

Rob Delaney, “Catastrophe”
“Probably the hardest I ever went for something was, there were two guys—this is gonna blow your mind—when I was in high school in Massachusetts, they had a furniture upholstery show on public television. And I found out they were going to be making a movie. And I wrote them a long letter about how much I love their show about furniture upholstery that my sister and I would watch. Now, in my defense, they did do little sketches and stuff and were very funny. But their show was called ‘Furniture to Go’ and I think that’s the only time I wrote a letter being like, ‘Guys, here’s the deal: I don’t know what story you’re trying to tell here but I know it would be served by being a part of it. I believe in your furniture slash comedy mission!’ ”

Florence Pugh, “Midsommar”
“I remember once I went into an audition and I sat down to read my lines and they had completely different scenes; I had [been given] a completely different set of pages. They were like, ‘We’ll print it off and you can send in a tape or read it off here.’ I remember being so adamant that I wanted to be off book that I sat on the stairs and waited until the end of the day so I could go in and do it again. That was pretty psychotic of me. I didn’t make the job, but I certainly made a good impression.”

Brian d’Arcy James, “Dark Phoenix”
“I am a huge fan of [director] Damien Chazelle, and I wanted to do everything I could to get in this movie [‘The First Man’]. They were having a hard time envisioning me for a particular part [as one of] of the M15 pilots. I was doing ‘Dark Phoenix’ at the time, and I talked to the costumer there and I said, ‘Hey, do you happen to have, like, an Air Force jumpsuit that I can borrow?’ And sure enough they had all kinds of things. So I basically got a costume and then I talked to my friend David Turner, who is an actor who happens to be a pilot, and I asked him if I could use his plane to do a little photo shoot of me dressed as an Air Force pilot….[H]e was able to help me get a friend of his who owns an airport and who strangely also happens to be a semiprofessional photographer to take a little bit of his day and do a makeshift photo shoot of me standing next to a plane in a fighter pilot costume so I could just show them. ‘Look, if you’re having a hard time envisioning what I would look like, let me show you.’ And it worked!”

Louie Anderson, “Baskets”
“When I was at the Ivy, the restaurant on Robertson [in Los Angeles], Eddie Murphy came in. I knew him as a comic, but we didn’t hang out together. He came in and had about five or six people with him, and I said to the waiter, like any good Minnesotan would do, “Hey, put Eddie’s check on my American Express, but don’t tell him I did it until after I leave. I’m not doing it to be a showoff.” And then I got a call the next day that that was a really nice thing and Eddie wants you to do a part in “Coming to America.” The bill was $661. You should do nice things, my mom taught me. I doubt that people pick up Eddie’s check all the time [because they think] he can afford it. I didn’t know he was doing a movie called “Coming to America.” I loved Eddie—I still do. He’s one of the nicest people in the world to work with.”

John Papsidera, Casting Director for “Westworld”
“Strangest attempt at an audition was a woman walking into my office from the parking lot, totally naked from head to toe, supposedly proving to me, that she was ready, willing and able to work nude for ‘Westworld.’ ”

Sandra Oh, “Killing Eve”
“There’s a lot of crazy I honestly can’t put on the record! But the craziest and most demanding are the places you go in your head and in your spirit.”