19 Actors Beloved by Other Actors 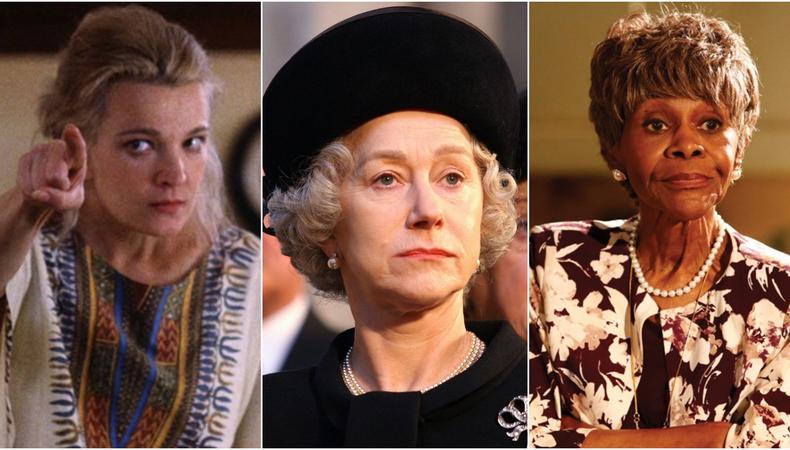 Performance is a collaborative medium. Working with others is the only way an actor can succeed. And seeing others perform is the best way to get inspired. Seeing others working at the top their game is the perfect way to get motivated to seek out new challenges. Of course, there are certain actors that are particularly well-loved by the acting community — performers that are so inspirational, they leave other actors in awe of their talent. We’ve asked ten actors from different generations and professional expertise which actors inspired them the most. Read on and perhaps you’ll discover your next acting crush.

Patrick Page, “Hadestown”
“I’ve always had an acting crush on Frank Langella. He’s a real hero of mine because he has genuine size and classical chops and is absolutely grounded in reality at the same time.”

Anika Noni Rose, “The Quad”
“Cicely Tyson. She’s divine, I saw her in ‘The Trip to Bountiful.’ It was hard for me to get out of my chair at the end of the show. It was just an amazing piece of theater. And Mark Rylance, I saw [him] in ‘Jerusalem’ in London. He had done this monologue at the end, it was extraordinarily tribal. And [afterward] I turned to my friend to say something, and just burst out crying. Those are the two theater performances that moved me, that shook me to the core. It was very clear to me on those nights: This is why we do what we do. This is it. There is no reason to step onto the stage if you’re not willing to go to the place these actors went.”

Carol Kane, “Hester Street”
“Well, first, my greatest acting crush was on the director Mike Nichols. And then Robert De Niro, and then Al, who I’ve gotten to work with a bunch—Mr. Pacino. And then female ones, some gone like Kim Stanley, then Gena Rowlands and my girlfriend Diane Keaton. And I certainly have a huge acting crush on Mark Rylance.”

Dean Cain, “Supergirl”
“One of the first actors I ever admired was Denzel Washington. This was during his early years in films. Even in films like ‘Ricochet’ [1991], I would think, ‘That guy’s amazing.’ I just loved his ease. And down the line, I was fortunate enough to act opposite him.”

Mary Elizabeth Ellis, “The Grinder”
“I have always had an acting crush on Laurie Metcalf. I just did a play with her [‘Trevor’] and she had to say, like, five times, ‘It’s your line.’ I was, like, ‘I’m sorry, I was watching you act!’ ”

Hank Azaria, “Bordertown”
“I really admire what Liev [Schreiber] does on [‘Ray Donovan’], because I always admire things that I really believe I can’t do. One of the most underrated, hard things to play is that sort of hardboiled, nonexpressive tough guy, yet you have to reveal tremendous depth of feeling and what they’re thinking. Liev is really great at that. Russell Crowe is also really good at that. I find that so foreign.”

Carolee Carmello, “Tuck Everlasting”
“The first person who comes to mind is Cherry Jones. Someone once told me that they thought I was the musical theater version of Cherry Jones, and I thought that was the greatest compliment ever in my whole life. Everything I see her do…I just think she’s filled every second of her time onstage with interesting and truthful choices, and I find her endlessly fascinating to watch. So I certainly don’t really put myself in the league with her, but I feel like if I watch her, I get inspired.”

Daan Creyghton, “Hunter Street”
“I think Ansel Elgort is a very talented and stylish actor who can play every kind of role. Next to that, I admire Kevin Hart. He is so funny and has a great style.”

Tamara Tunie, “Familiar”
“Well, it’s Hugh Jackman, and I’m sure I can stand in the long line of many…but it’s Hugh Jackman. We have the same vocal coach, so occasionally I’d run into him as he was leaving his session and I was getting to mine, and I would just get all giggly inside—but I was cool.”

Sarah Wayne Callies, “Colony”
“I’m obsessed with Helen Mirren these days. She’s managed at 70 to be sexier and more grounded than half of Hollywood. Not that a woman’s goal is to be sexy, but to be able to pull off her level of gravitas and sexuality and authority and fun—and be 70. What can I say? I want to be Helen Mirren when I grow up.”