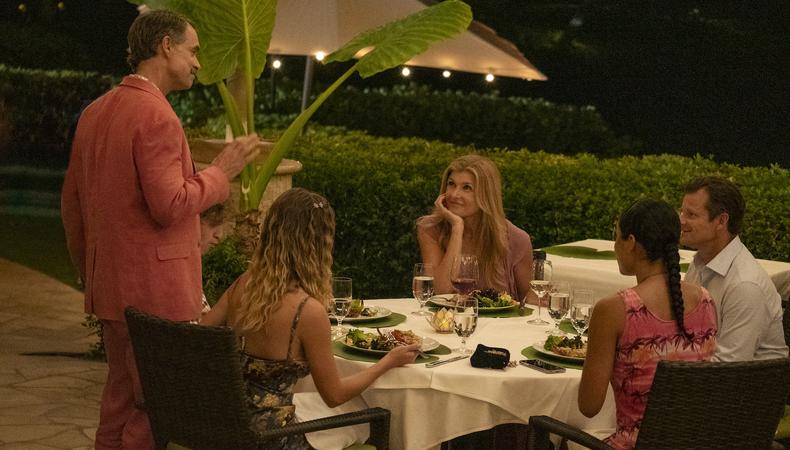 We've got good news for fans of “The White Lotus.” Last week, HBO announced some major news regarding the show’s new season. The hit series not only added several new cast members but also announced a new filming location. Turns out the show won’t be returning to Hawaii, but instead, production is heading to this Italian resort. If you’re a fan of the show and want to know more about the filming and casting news, we’ve got you covered. Here’s everything we know so far about season 2 of “The White Lotus.”

Check-in continues at “The White Lotus,” where more stars have been announced for the highly anticipated second season of the hit HBO series. According to Deadline, F. Murray Abraham, Adam DiMarco, Tom Hollander, and Haley Lu Richardson are joining the also recently announced Aubrey Plaza in Season 2 of the dark comedy series from Mike White. As we previously reported, the second installment will also star “Sopranos” star Michael Imperioli as Dominic Di Grasso, “a man traveling with his elderly father and recent college-graduate son.” Murray Bartlett, Connie Britton, Jennifer Coolidge, Alexandra Daddario, Jake Lacy, Fred Hechinger, Brittany O’Grady, Natasha Rothwell, Sydney Sweeney, Steve Zahn, and Molly Shannon starred in Season 1 of the series, which took place at the titular Hawaiian resort. Also announced last week, per Variety, Season 2 will take place in Sicily, Italy and be filmed at specifically the Four Seasons San Domenico Palace in Taormina—which has reportedly closed to guests until April 1. Coolidge is rumored to return for the second season, though that has yet to be confirmed. Katie Doyle and Meredith Tucker are the casting directors.